Extreme leftist denial ideology has taken a new turn.  The Greens have announced desires for a QANGO to undermine the elected Australian Government.

Having undemocratically frustrated the executive of the Australian Government by effectively denying supply in the Senate, the Australian Greens today have declared plans to further frustrate the government executive by demanding a costly $11 million multicultural QANGO (Quasi-Autonomous Non-Government Organisation) be set up.  It is solely Greens power agenda to frustrate and control government to legislate ethnic interests to have superior rights over default Ordinary Australian interests.

If allowed, it dangerously could trigger incremental Muslim Sharia Rights imposed upon Australians.

Sharia Law prescribes slavery, sexual slavery, honour killing, child marriage, veil persecution of women, forced marriage, hand severing, beheading, death by stoning, and the big one – Jihad defined as “to war against all non-Muslims to establish the religion” being the duty of every Muslim. 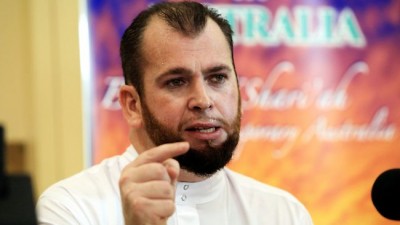 The Islamic finger wags – warning of the law of Allah

Australian-born Muslim extremist Ibrahim Siddiq-Conlon in 2011 addressed supporters in Sydney with a sinister message for Australians, whether they wanted to hear it or not.

Greens betrayal of Australia is so on the nose with Ordinary Australians, that The Greens have realised that their only voter base is desperate and naive foreigners.  The Greens new idea for a QANGO is what they slickly name an ‘Australian Centre for Social Cohesion‘ (ACSC), but the acronym really stands for ‘Aussies Can Suck Cock‘.

What this is all about is Leftist propaganda supporting a constructed concept of ‘Islamophobia’ against imported Muslims.  They are strange bedfellows indeed when Anarchist/Leftists team up with Muslims demanding Sharia Law downunder. 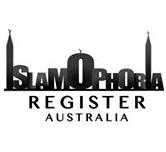 Devout Muslim, Mariam Veiszadeh is but another asylum seeker granted a visa who now turns her back on her Samaritan host nation Australia and ungratefully imposes her imported extreme culture upon her Australian hosts.   She resides in Canberra and so Canberrans have to put up with her sharia poison. 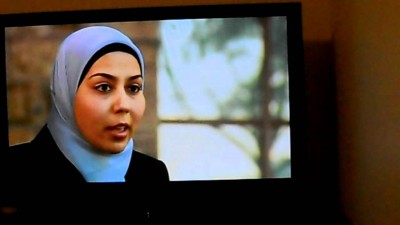 The Labor Party let these scum in and then the scum demand rights to convert us.  No, foreign infiltrator!  Australia is the nation of Australians and the Australian way of life.  Don’t accept us?  Then as your hosts, Australians collectively say you are not welcome in our country.  Back in your home country, we accept that your country-folk hold the same right of solidarity. So go there!

The Greens-Labor coalition remains stubbornly in denial about having lost the national election in September 2013.  So ideologically they control Australia’s upper house Senate blocking supply and refusing to pass government legislation.

Greens-Labor are in denial that the Rudd-Gillard Era was ever responsible for its mass spending and over-spending so reckless that the massive accumulated public debt and interest threatens to condemn Australian taxpayers to inter-generational cost of living stress and on to welfare dependency.

They deny that global warming theories have been disproved or that the Carbon Tax made any difference to emissions, but in fact only made Australian industry less competitive.   They deny they let in 53,000 illegals by boat over that six-year Timor Sea invasion saga, many of whom have been found Muslim and a costly problem.  Many have committed crimes in Australia including riot, rape, and some like Sayed Ahmed Abdellatif of outright terrorism.

These Leftists deny that their mass immigration agenda has driven local unemployment, housing shortages and overstretched urban infrastructure.  These Leftists deny that their multiculturalism agenda has have fueled social problems across urban Australia – turned urban Australian suburbs into mono-cultural ghettos of Asian, or Middle Eastern or Pacific Islander or Somalian enclaves – fueled ethnic crime, and overcrowded Australian gaols with ethnics.

The Once Were Greens and their extreme Leftist logic have become part of Australia’s social problem.  To them, foreigners can do no wrong; it is Australians and our rich nation who must accommodate the world’s poor, backward and persecuted.  It is Leftist Cancer.

Leftist melting pot theory of multiculturalism has become a cauldron of social poison and trouble.  People of divergent ethnic backgrounds do not naturally become unified by their differences.  Birds of a feather flock together and in human terms establish mono-cultural enclaves and ghettos.  This fuels ethno-centrism within and xenophobia outside.

The Greens are in denial that the decade long mass influx of foreign Muslims could be anything but peace-loving.  The Greens would have us believe the Muslim riots in Cronulla in 2005 and in Hyde Park in 2012 involved a small minority of extreme Islamists.   Just like the home-grown plotting Jihadists arrested recently and the frenzied knifing of Melbourne police.

The Greens objected to the government’s increased anti-terrorist laws being passed.   They are in denial that Australia has any terrorist threat.

Greens reject, Cate Faerhmann, came out on the Leftist propaganda show, The Drum, on September 19 claiming police raids across Sydney on plotting Jihadists were an over-reaction.  The Islamic nutjobs here in Australia were plotting to sever heads of any passerby. Yet Cate Faerhmann came out claiming “no wonder the Muslim community want to get out and protest. It’s Tony Abbott fueling a climate of fear and making Australia a less safe place, and more of a target.”

So according to The Greens, it’s Australia’s fault for the Muslim violence, not their Greens-Labor coalition who welcomed the scum in unfettered.

The Greens, still linked at the hip with the Labor Left, are prepared to put Australia’s national security second just to curry favour with the growing Muslim and ethnic vote.  Greens ideology posits that national security is part of a conservative conspiracy, and that the party’s political interests are better served pandering to minority ethnic communities.

So kumbaya om with the Muslims, The Greens recruited Pakistani Muslim, Mehreen Faruqi, to be a Greens senator.  It was because she lives in Sydney’s West, where the Greens need votes – a bit of Labor’s “whatever it takes”.  The Islamic Friendship Association spokesman Keysar Trad hailed the move as “a major advance in demonstrating opportunity for Muslim women in Australia.”…except the bits on Greens support for homosexual marriage and parenting. 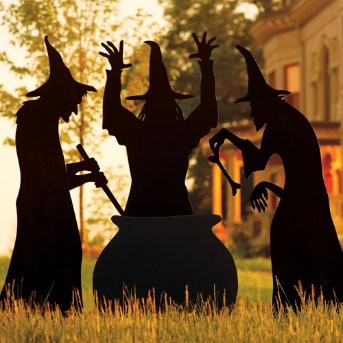 Greens morals are about hearing no Muslim evil, seeing no Muslim Evil – so Greens speak of no Muslim evil.  This is despite that fact that more than 150 Australian-born Muslim jihadists are fighting in Syria and elsewhere with murderous terrorist organisations. 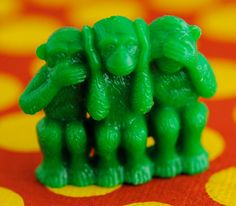 Greens ideology sees no evil in Jihadists,
yet sympathise with their social exclusion

Even with Mohamed Elomar pictured holding the severed heads of Syrian government soldiers, threatening to enact the same sort of horrific crimes in Australia, The Greens stand by their peace-loving Muslims who seemingly can do no wrong.

The Greens don’t blame the terrorists, they blame social exclusion causing young Australians to becoming radicalised.  So apparently it’s all the Australian Government’s fault, not that of the individual nutjob.

Greens Leader Christine Milne has suddenly become an expert on terrorism. She commands, “Prevention is much better than cure when it comes to keeping us all safe from risks associated with terrorism. Building a cohesive, tolerant and inclusive community in Australia should be the government’s top priority to protect Australia’s much-loved multiculturalism.” 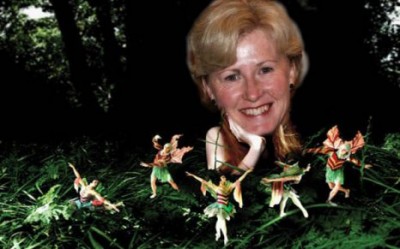 Away with the faeries

So Greens leader Senator Christine Milne has announced plans for a Centre for Social Cohesion, which she said would be independent of government, but would include government and non-government agencies, as well as academics.

The Federal Greens want introduce a bill into the Senate to set up a new national organisation to prevent beheadings and other brutal terrorist attacks happening in Australia.  Perhaps they wish to entitle it the “If I Be Your Friend Don’t Behead Me Bill”. The Centre For Social Cohesion would bring together police, spies, academics, community leaders and jihadist sympathisers like Hizb ut Tahrir.

It would be a taxpayer-funded outreach type programme for Jihadists, to convert them from feeling alienated from Australian society to be passive and engaged.  The centre would be independent, would work closely with the Islamic community and other ethnic groups to advise and shape government policy.

The Greens plan to introduce a bill of preventing succumbing to radical ideas to the Senate.  Problem is that as promoters of such radical ideas, The Greens will have a pecuniary interest and so such nonsense is unlikely to get up in a pink fit.

As a Catholic, Senator Christine Milne wants her Greens to reach beyond the party’s traditional and long abandoned environmental constituency to progressive socialism and to the Christian vote.