He waited until the House was cleared and then Bill Shorten read out some speech writer’s speech, with Plibersek monitoring. It must have been like practicing in the mirror. No point quoting from it, as it was not Bill’s own words, just some Tanya Plibersek Labor speech writer handed to him as he walked in. 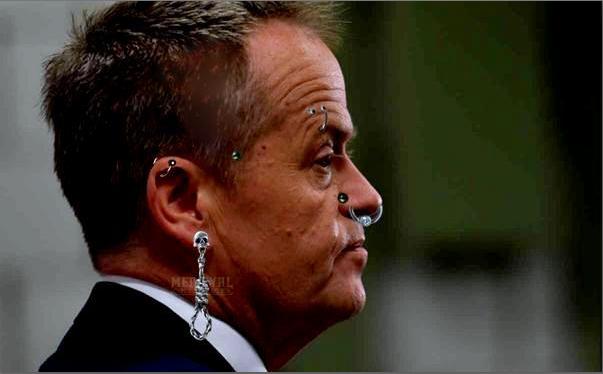 “Whatever it takes Tanya”

Billy decided to try to distinguish himself from Turnbull by pretending to be champion of da trannies for da Leftie cameras hanging out.  Logie material Billy! 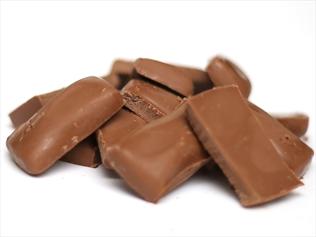 If Billy wants to know what “hurtful bit of filth” sexual deviants can do to their innocent foster kids, read what is happening to innocent children in Canada since they demolished decent marriage and unleashed deviant marriage.

Dawn Stefanowicz is the author of the 2007 top selling book  ‘Out From Under: The Impact of Homosexual Parenting‘

“It took me decades to come to my views on same-sex “marriage” in light of my personal experiences.

From infancy, I was unwittingly identified under the gay, lesbian, bisexual and transsexual (GLBT) umbrella. During the first 30 years of my life, I garnered many personal, social and professional experiences with my father, whom I always loved, and his partners. My father, a successful executive recruiter, taught me a strong business ethic.

I was exposed to a lot of expressed sexuality in the home and subcultures. I experienced uncountable losses. Gender was supposed to be boundless; yet, I did not see my father and his partners valuing, loving and affirming women. My father’s preference for one gender (male) created an inner sense of inequality for me.

As a dependent child and teen, I was not allowed to say anything that would hurt the feelings of the adults around me. If I did, I could face ostracism or worse. During my twenties, I achieved both academic and career goals, but for a long while, I denied the impact my childhood had had and lied to protect my father and his partners.

I did not see my father and his partners valuing, loving and affirming women. My father’s preference for one gender (male) created an inner sense of inequality for me.

In 1991, my father died of AIDS. None of my father’s partners/ex-partners are still alive.

I did not have all the words to express my thoughts and feelings until my late twenties and early thirties, so it took a while before I went public, but I knew that my father never would have supported same-sex “marriage.” Naturally, he knew that every child is created from both a father and a mother. He never required me to call any of his sexual partners “dad;” instead I called each of them by first name. My father told me that he always wanted children.

The Push to Quiet Me and Others

Due to media silencing, political correctness, GLBT lobbying efforts and loss of freedom of speech, it is very hard to tell my story.

But I am not alone. Over 50 adult children from alternative households, plus ex-spouses with children, and parents who have left the “gay” lifestyle have contacted me. Very few children will share their stories publicly.

For many of us adult children of gay parents, we have come to the conclusion that same-sex marriage is more about promoting adults’ ” “desires” than about safeguarding children’s rights to know and be raised by their biological parents.

Due to media silencing, political correctness, GLBT lobbying efforts and loss of freedom of speech, it is very hard to tell my story.

I feel so strongly about this issue that I have testified before lawmakers in Canada, regarding hate crime legislation, same-sex marriage and age of consent laws, and I have testified in nine U.S. states, to the 5th Circuit and to the Supreme Court, and in other countries.

How Same-Sex Marriage Has Changed Canada

Statements like this are lies: “Permitting same-sex couples (now also throuples) access to the designation of marriage will not deprive anyone of any rights.”

When same-sex marriage passed in Canada in July 2005, parenting was immediately redefined, removing parentage from its biological origins. Canada’s gay marriage law, Bill C-38, included a provision to erase the term “natural parent” and replace it across the board with gender-neutral “legal parent” in federal law. Now, all children have “legal parents,” as defined by the state, which means parental rights have been usurped by the government.

In effect, same-sex marriage permits state powers to override the autonomy of biological parents. Necessary parental rights to teach children your beliefs, express your opinions, and practice your personal faith are infringed upon by the state when your beliefs, opinions and or faith practices are in opposition to what is taught and promoted at school. In fact, in Ontario, Canada, the Human Rights Commission regulations permeate and surround all public education.

For example, if you teach your children that same-sex sexual relationships are wrong and that every child has a father and a mother, and that only man-woman sex in marriage is allowed, you run the risk of thought police questioning your beliefs, especially if your children discuss these subjects in the classroom.

Consequently, parents experience state interference when it comes to moral values and teachings about family, parenting and sex education in schools. Also, children are deprived of knowing and being raised by both their biological father and mother since same-sex marriage allows for children to have same-sex parents where at least one parent is unrelated to the child.

Additionally, since the undefined term “sexual orientation” was added as a protected category under Canada’s hate crime law in 2004 and same-sex marriage became legalized in 2005, guaranteed fundamental freedoms of the Canadian Constitution have been reinterpreted, eroded and/or nullified by activist courts and quasi-courts with no real juries, also known as the Human Rights Commissions. The federal Human Rights Commission (HRC) has had a three-decade 100 percent conviction rate for hate speech.

Though Section 13(1) of the Canadian Human Rights Act was repealed in 2013, which came into effect in 2014, many people believe that a similar act will be proposed soon after the 2015 federal election. At the same time, many of the Canadian provinces have similar hate speech codes with high conviction rates which effectively restrict speech and blogging freedoms. Activists and special interest groups have long supported censorship of speech and internet communications in Canada.

In Canada, freedom to assemble and speak freely about man-woman marriage, family and sexuality are restricted.
Human Rights Tribunals/Commissions in Canada police speech, and penalize upstanding citizens for their speech and expressions in opposition to particular sexual behaviors. It takes only one complaint against a person to be brought before the tribunal, costing the defendant tens of thousands of dollars in legal fees. The Commissions have the power to enter private residences and remove all items pertinent to their investigations, checking for hate speech.

Yet the plaintiff making the complaint has his legal fees completely paid for by the government. Even if the defendant is found innocent, he cannot recover his legal costs. If he is found guilty, he must pay fines to the person(s) who brought forth the complaint.

Religious Freedoms Under Attack in Canada

Under the Canadian Charter of Rights and Freedoms, which forms the first part of the Constitution Act 1982, everyone was to have been guaranteed the following fundamental freedoms: (a) freedom of conscience and religion; (b) freedom of thought, belief, opinion and expression, including freedom of the press and other media of communication; (c) freedom of peaceful assembly; and (d) freedom of association.
Most faith communities have become politically correct to avoid fines and loss of charitable status.

In reality, these freedoms have been restricted. Businesses must provide goods and services to all customers, without regard to business owners’ conscience rights. Employers’ hiring practices cannot discriminate, even if a potential employee’s sexual practices and relationships are frowned upon. (For example, a religious college couldn’t refuse to hire someone who didn’t share the college’s views on sexuality without risking a Human Rights Commission complaint.)

Freedom to assemble and speak freely about man-woman marriage, family and sexuality are restricted. Activists often sit in on religious assemblies, listening for anything discriminatory towards GLBT, so a complaint can be made to the Human Rights Commission. Most faith communities have become politically correct to avoid fines and loss of charitable status.

I am a witness and I don’t want America to lose her hard-won freedoms as my fellow Canadians have. Marriage must remain between a man and a woman to the exclusion of all others.

My Father Was Gay. Why I Oppose Legalizing Same-Sex Marriage. 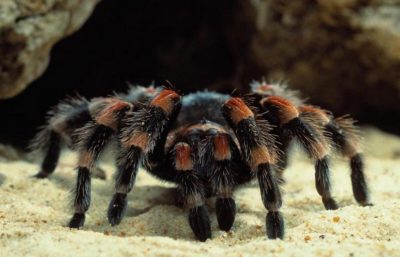