The Welsh witch is back! 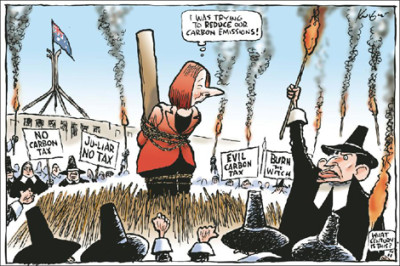 Dumped former Labor PM Julia Gillard has come out of retirement from her $2m taxpayer-funded mansion in Beach Road Brighton SA to speak at an Islamic business conference today funded by the Bendigo Bank.

The Bendigo Bank has become notorious last year for encouraging a $3 million Islamic mega-mosque be imposed upon the regional towns people of Bendigo to attract over 2000 Islamic refugees, while summarily closing the bank account of local citizens opposing the mosque. 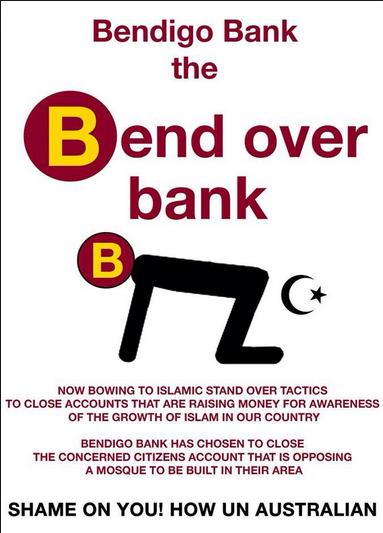 A Sydney-based Islamic organisation, The Australian Islamic Mission Incorporated applied to City of Greater Bendigo Council to build a mega-mosque, possibly the largest mosque in Australia!

The mosque applicants most likely have virtually unlimited resources on which to call (think, Saudi Arabia, Qatar), the Bendigo Council can simply bump up everyone’s rates later this year to foot the bill for their expensive lawyers, plus the Bendigo Bank and some extremely well-heeled property developers are suspected of having an interest one way or another. 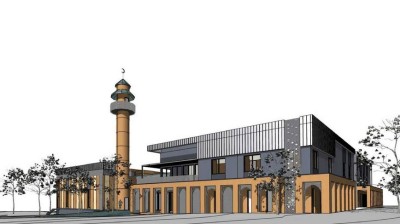 Many questioned why such a large mosque, as the Muslim population of Bendigo numbers just 35.  Who let them in?

The La Trobe University campus set up in Bendigo outreaches to a further 300 foreign Islamic transient students to attend its Islamic Centre.  It is appropriately sited along Edwards Road on a flood plain at Jackass Flat. The Leftist LaTrobe university is responsible for setting up the Bendigo Islamic Association Inc. in order to gain an Islamic foothold in what is a traditional Aussie town. 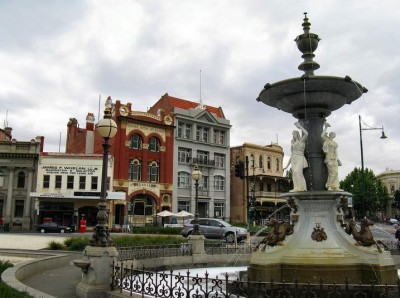 The Bendigo Council under fascist Mayor Peter Cox approved the mosque be build in June 2014, despite vehement opposition by most of Bendigo’s 111,000 mainly Aussie residents.  It was all about enforcing ethnic “tolerance”, “diversity” and “multiculturalism” on Australia’s regional town of Bendigo whether the locals liked it or not. As part of extending Islamic evangelism beyond Broadmeadows into the bush, the Bendigo Bank in cahoots with the Bendigo Business Council, are today hosting what they call a ‘leadership lunch’, which makes the attendance of Gillard quite puzzling.  Apparently, it is “to hear the country’s first female prime minister talk about leadership, particularly in a gendered sense.”

Last time the witch spoke as PM she bizarrely declared that her gender “doesn’t explain everything, doesn’t explain nothing, it explains some things’’.  She’s clearly a luminary. Bendigo Council is the Council which gave the notorious Mosque application saloon passage. The ’cause’ was so wonderful and heartwarming that they did not bother to make the applicant follow all the same rules as others. Nor did they bother to seek some sort of understanding from the community.

Perhaps they did not need any community approval. They had the support of the Bendigo Bank (who were putting up the money) and the Bendigo Bank, as it lets everyone know, is the last word in cultural, racial and religious harmony.

Victorian Labor’s current Multicultural Affairs Minister Matthew Guy believes in islamic peace in our time’.  He has said, “I think the Islamic community is making a very strong contribution to our state.  I think (Bendigo locals) need to be respectful and sensible if they disagree with a planning application.”

Bendigo is set to become Australia’s Islamic Salem, the only place in Australia where Islamics can be excluded for their ritual practice of Sharia and Female Genital Mutilation.

And who best to lead the destruction of Bendigo?