As if Fairfax’s Sydney Morning Herald couldn’t get any worse.  Plummeting sales, recurring losses, 1900 sackings recently announced, masthead writedown, and a diving share price that even Gina Rinehart is trying to now off load.

Going tabloid is now on the cards for this once nation-leading broadsheet, but it appears the tabloid smear and gossip degradation has already started to appear.   Last Thursday’s edition on September 6 ran an article by ring-in journalist Kelly Burke.

But it wasn’t news. It wasn’t a story.  It contained nothing but smear against the Australia First Party and its chairman.  All Kelly Burke has written is a tirade of nasty suppositions, personal attacks and dug up dirt twenty years old.  No critique of Australia First’s policy or platform. It was about character assassination and about the political timing of running smear, any smear, against The Party just two days out from today’s New South Wales council elections.

As they say, any publicity is good publicity – t’is but water off a duck’s back.

What a hollow paper the Herald has become.  Last Thursday’s edition was as thin as a wafer with less than five pages of news, most of it copy-pasted from other news services – AP, AAP, and the like.   The front page three quarters a photograph and the news pages taken up mainly by advertisements for alcohol, foreign cars and foreign whitegoods. 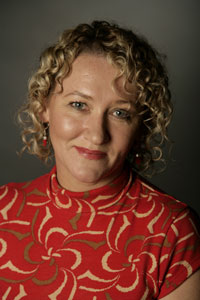 Then today, September 8 on NSW councils’ election day, another Kelly Burke article appears in the Herald on top of page 4, again just on the NSW council elections; this time targeting her smear against an independent running for the Hornsby Council.  No critique of the independent’s policy or platform. Once again, all Kelly Burke has done is dig up personal dirt on her target with background checks to 2004.

Didn’t we read recently in The Australian back in June that Gillard had set up a ‘dirt file’ team under her strategy director Nick Reece to “investigate the backgrounds of Coalition frontbenchers including their financial interests…”?