Most Australians have had a gutful of the relentless anti-Australian leftist bias spewing out of the ABC daily.  Why are Australian taxpayers funding this ‘lefty lynch mob’ a billion a year?

Last week was the last straw, when anarchist Tony Jones invited convicted criminal, jihadist propagandist and terrorist sympathiser, Zaky Mallah, on to his leftist propaganda Q&A programme to platform his Islamist hate against Australians.  The show was repeated online and then broadcast into Asia.  Today it still remains on ABC iView and is still able to be downloaded.  Mark Scott is mooning Tony Abbott. 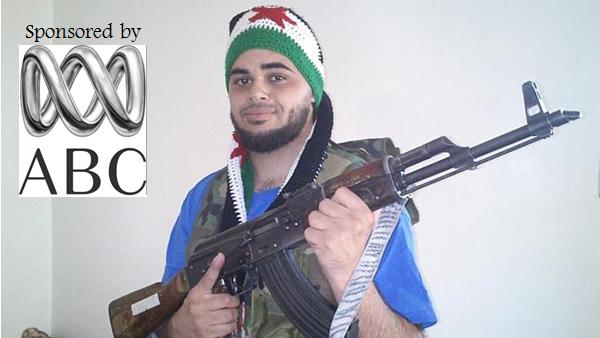 Mallek is notorious for his obscene tweet in January when he branded two prominent female journalists “whores” who “both need to be gang banged on the Sunrise desk”.   Nice respect for ABC’s Jill” Meagher legacy.

Mallah defended his appearance and repeated his accusation that the “harder the Abbott government pushes its counter-terrorism agenda, the more radicalised some young people feel. The Liberals now have just justified to many Australian Muslims in the community tonight to leave and go to Syria and join ISIS because of ministers like him.  The Abbott government has no one to blame but themselves for the new recruits that ISIS is attracting here in Australia.’’

So Australians are protesting against the ABC management and against islamic extremism being aired on national Australian television.

Members of the United Patriots Front protested against Zaky Mallah’s appearance on Q&A outside the Southbank building’s front door in Melbourne over the weekend.   UPF walked straight into traitorous ABC TV headquarters with flags and pig on the spit! 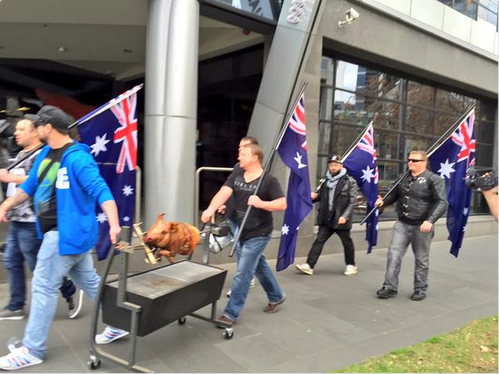 One patriot told the assembled media: “In here [the ABC] public opinion is shaped artificially. It’s not democratic. It’s not Australian”.

On their Facebook page, the United Patriots Front declare themselves as a movement “opposing the spread of Left Wing treason and spread of Islamism”. 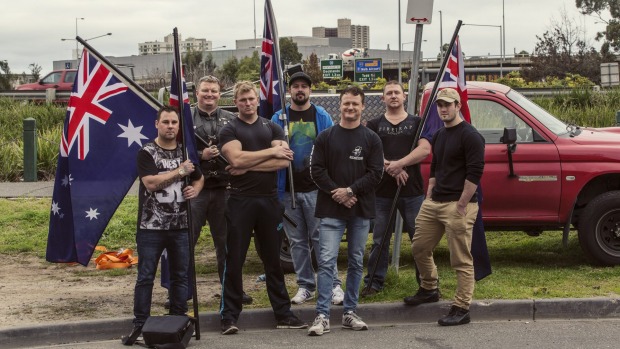