Polygon Wood is a small forest between the towns of Zonnebeke and Ypres in Belgium’s Flanders region.

The 4th and 5th divisions of the Australian Imperial Force were joined by seven British divisions. The attack on German defensive positions at Polygon Wood began at 5.50 am, September 26, 1917 and continued until October 3.   1729 Australian soldiers died and 3723 were injured during the battle.

The front line advanced 1500 metres on a front of about 8 kilometres and the battle was considered “a military success.”

The battle of Polygon Wood was Australia’s ANZAC component of a larger British and dominion operation staged as part of the third battle of Ypres. This operation was the second of the “Plumer battles”, a serious of well-planned, limited advances supported by large volumes of artillery, masterminded by the British general Herbert Plumer. The name “Polygon Wood” derived from a young plantation forest that lay along the ANZAC’s axis of advance.

Scheduled to begin on 26 September 1917, the attack was almost derailed by a German attack on the British X Corps to the south of the ANZACs.   A day earlier, Australian troops of the 15th Brigade, preparing for their attack, took part in fending off the Germans; however, their advance the next day began with continuing uncertainty as to the security of their flank. 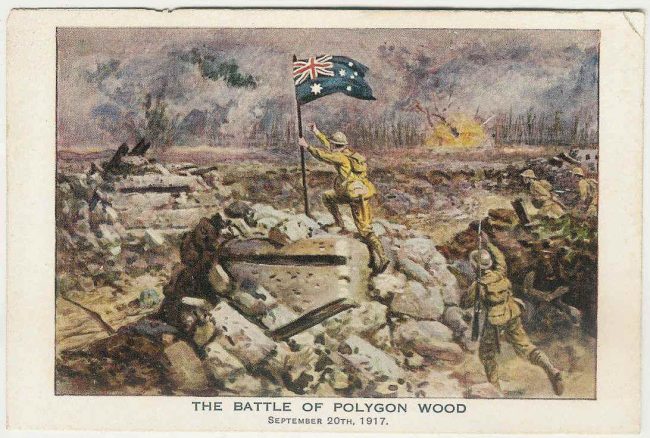 The British and dominion advance began on schedule at 5.50 am on the 26th, with the 4th and 5th Divisions, on the left and right respectively, taking the lead in the ANZAC sector.

The infantry advanced behind a heavy artillery barrage – the noise of this was compared to a roaring bushfire – and they secured most of their objectives without difficulty.

1917, the year of the battle of Polygon Wood, is considered Australia’s worst year in any war. In total there were 38,000 casualties during the eight weeks of fighting between September to October known as the Flanders Offensive. 300,000 Australians served on the Western Front.  The folly of the Great War cost Australia 60,000 men and another 156,000 wounded. 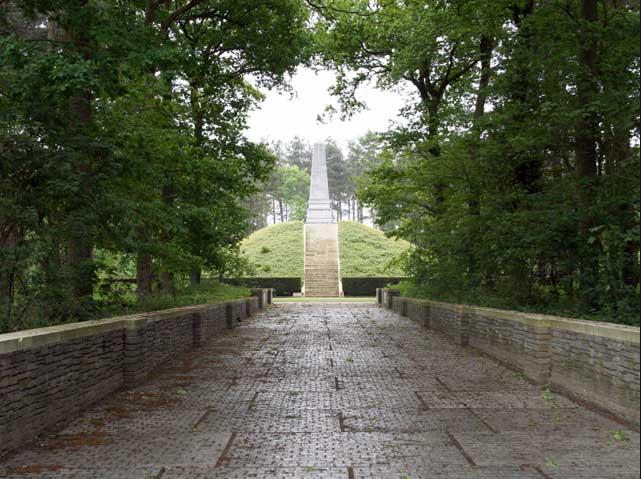 Zonnebeke, Lest We Forget