Barack Hussein Obama has been using taxpayer dollars to fly tens of thousands of Somali Muslims into the country every year since 2009.  Obama has seeded festering aliens like Merkel’s Islamo-communist overrun of Western Europe.

“Somali Muslims want a mosque so they can finish creating a Muslim-only parallel society in another American town.

FORT MORGAN, COLORADO – For the last decade, Somali refugees have flocked to this conservative farm town on Colorado’s eastern plains. They have started a small halal mini-market and a restaurant, sent their children to the schools and worked at a meat processing plant (form which they were fired for demanding to pray during working hours).

As much as Fort Morgan’s small town feel reminds many of their rural villages back home, some say they will feel like outsiders until they get what has eluded them: a permanent mosque. They are renting two small rooms for a makeshift version, for now.

They say they have tried to buy property to build a mosque but believe no one wants to sell to them.

This is the whole congregation, they don’t need a mosque, they need a room where they can keep the women on the other side of a wall

“If we can own a mosque here, we will be more a part of the community,” said Abdinasser Ahmed, a local Somali leader and public schools teacher who fled war-torn Mogadishu, Somalia’s capital, in 2003, arrived in Fort Morgan in 2009 to work at the plant and is now an American citizen.

Some longtime residents say they don’t want one in their city of 12,000, a step too far, especially at a time when fears of terrorism have grown following the attacks in Paris and San Bernardino, Calif.

Putting a mosque “right in the center of town” would be a symbol “as if to claim the town,” said Candace Loomis, who runs a coffee shop and whose grandparents settled this country of sweeping horizons in a two-room sod house. 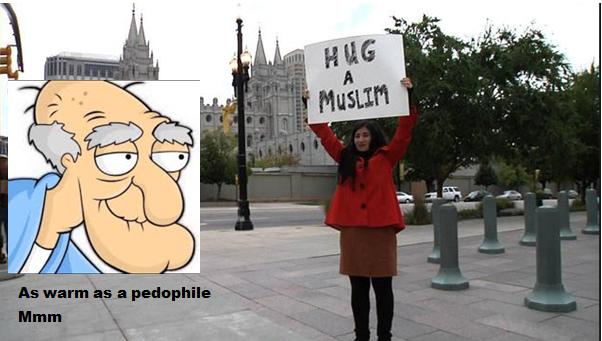