No sooner has One Ball Bazza failed Thomas Kelly’s legacy by failing to enact coward punch legislation because of shoddy drafting, but Bazza deflects embarrassment by announcing a media front page change of subject.  But Bazza must be using media advisers because as a cuddly teddy bear he’s not that bright to conjure up such tactics.

So as there is no change to laws preventing more Kieran Loveridges coward punching more Thomas Kellys, Bazza in the past few days must have had a mighty distractive luncheon at surely Westfield lobbyists’  expense.

And as Australian Water Holdings is increasingly exposed to corrupt figures and to large donations to the Liberal Party, perks and deals, O’Farrell is increasingly looking tainted.   Liberal Senator Arthur Sinodinos was a key informed player with AWH during the O’Beid period of influence between the NSW Government and vested interests.

The ICAC is examining allegations that the family of corrupt former Labor minister Eddie Obeid had a 30 per cent “secret shareholding” in AWH. Mr Obeid allegedly lobbied colleagues to favour the company, and attempted to get Mr Quill and his boss, Kerry Schott, sacked because they were standing in his way.

Just as NSW Labor has been proven corrupt, so too it looks are the NSW Liberals, and that is before revelations about Liberals Minister Chris Hartcher who is accused of receiving corporate donations for political favours.

Bazza has announced that he is relocating a number of NSW Government departments from the Sydney CBD to residential growth areas suggested by Westfield so they can build more shopping centres.  Westfield donated $150,000 to both Liberal and Labor before the last election, hedging their bets.

But of course this is not how the Liberal’s media spin reads in today’s polly lackie newspapers.

No there was only the upsell with a few chosen resident fools, like Mark Geyer, described by Sydney’s leading tabloid, The Daily Telegraph, as “a proud westy” totally in support the government’s announcement.

So when was this “proud westy” approached to support Bazza’s announcement?     Was he approached by Telegraph journalists, or by Bazza’s spin doctors, or indeed by those agents of Westfield weeks ago as part of a strategically crafted joint media announcement?  Has this proud westie received inducements for his very public support of government agenda?

This is how The Daily Telegraph reported the story today:

(Sounds like something Alan Joyce is about to do with QANTAS).

FOOTY great and long-term ‘westy’ Mark Geyer has backed The Telegraph’s report that 3000 public sector jobs will be relocated to Sydney’s west..

It comes after Premier Barry O’Farrell today confirmed his bold plan to boost the region’s economy which will also result in three new office buildings in Parramatta, Penrith and Liverpool.

The agencies identified to move from next year include:

Democratic consultation anyone?  No, Liberal decision made, take your medicine!

That is, relocate west or accept redundancies, so we can employ 457 Labour, Asylum Labour, or just Offshored Labour through Liberal Party agents at KPMG/PWC.

Then the Telegraph editor, Paul Whittaker, slips in a comment suggesting that the newspaper’s own campaign influenced O’Farrell’s decision.

Whittaker is in effect a lobbyist, but for whose benefit?  Newspaper political campaigns are driven by more than simple revenue readership. Vested interest agenda again.   Australia is not the representative democracy as those in politics frequently tout it to be; between elections the Australian people continue to be over-ruled by a vested interest democracy.

“The move comes after The Daily Telegraph’s ‘Fair Go for the West’ campaign revealed more than 200,000 people are forced to travel away from western Sydney homes every day due to the lack of local jobs.”

This same campaign is driving a partisan push for a Badgerys Creek airport GDP sink hole, but they haven’t found a token westie supporter for it to date.

There is a calling for an honest, independent journalist to properly investigate all the connections between the players in this affair. Tragically, it usually comes down to the efforts of a citizen blogger.

Barry O’Farrell is a teddy bear politician, quick to make up his mind when hearing lobbyists deliver a good sell.  Bazza allows nightly gang crime to intimidate Sydney and excuses the shootings into homes as ‘targeted so ok”.

Bazza is a lightweight, a Fred Flintstone, a comic character, a joke. 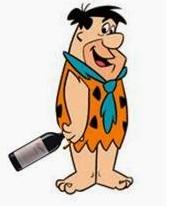