The Australian Labor Party’s installed puppet is playing into the hands of social deviants. Bill Shorten is towing the line for Tanya Plibersek’s extreme-left agenda. She is hell-bent on undermining Australia’s respected Marriage Act 1961 for her own political purposes.

Decent Australians married under the Marriage Act rightly feel that the Labor Party is undermining the sanctity of marriage naturally between a man a woman, committed to each other and to their children for life.   What will the Christian institution of marriage mean when transvestites, the unfettered raft of sexual deviants and pedophiles can legally marry and adopt children?

Nothing.  PM Tony Abbott is sheltered and naive about this, content to just let politics run its course.  So Australia will replace the Philippines as the tourist mecca for the world’s pedos.  Nice.

Get Shorty has no view, no values.  He just follows orders and looks after number one: Shorty.  During Parliamentary question time yesterday, Shorty came out and threatened to force a Parliamentary vote next Monday on what his boss Plibersek innocuously calls “same-sex marriage equality.”

But if Plibersek’s plans were just to have a name change from ‘Civil Union’ to ‘Marriage’, normal heterosexual Australians and their parliamentary representatives might think little of it.  Frankly there are more important issues confronting the nation (like combating terrorism, mass immigration and foreign ownership) than getting involved in people’s private lives.

But Labor Deputy Leader, Tanya Plibersek is an extremist evil witch. Her values set is extreme.  She well knows ‘same-sex’ is a media term for deviant families where anything goes.  Under her mischievous Act of Deviant Marriage, once ‘same-sex’ gets marriage rights equivalent to a nature man and woman in matrimony, it is a very slippery slope towards untold marital deviance. 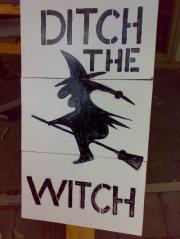 The Gay Pride Movement has extended ‘gay’ to an acronym ‘LGBT’.  The political Sydney Gay and Lesbian Mardi Gras has been renamed recently to Sydney’s an annual LGBT Pride Parade.  Apparently homosexual men own the word gay, while homosexual women can’t be ‘gay’ but lesbian. LGBT stands for lesbian, gay, bisexual, and transgender (men or women who cross dress and end up having a sex change).

But then it is not just limited to LGBT deviants either.  The whole sexual perversion thing has morphed beyond conservative ‘LGBT’ into out there and experimenting ‘LGBTTIQQ2SA‘.  This must be a crystal-tina (wicked shit) induced acronym for ‘Lesbian, Gay, Bisexual, Transsexual, Transgender, Intersex, Queer, Questioning, 2-Spirited and Allies’.

This lot will be treated as ‘same sex’ and so under Plibersek’s Deviant Marriage Act will then be able to marry, adopt, do foreign surrogacy, bring the innocent kids home and continue their deviant behaviour behind the facade of a ‘family home’. 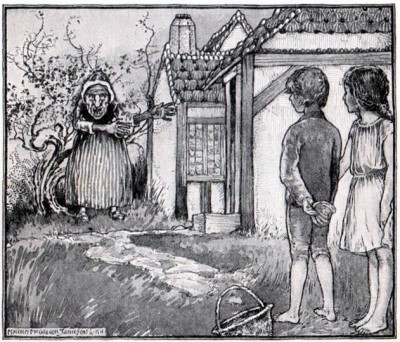 The House of Plibersek

There is serious weird shit out there.

Once extremist Tanya Plibersek’s Act of Deviant Marriage gets passed, all such sexual perversions will be legally able to marry.

Michael Jackson was legally allowed to adopt after his hormone course and secret surgery sessions. 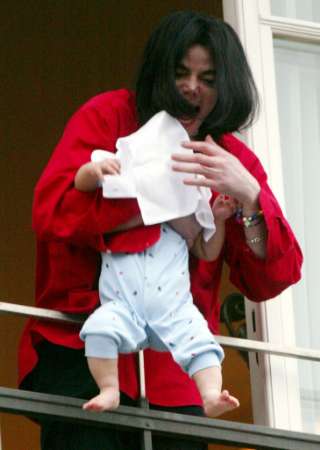 Here’s a call for help by a sexually mixed up person, who will be legally able to marry and adopt under Plibersek’s Act of Deviant Marriage:

“Come Out As Trans + Now I Have PAEDOPHILE & INCEST THOUGHTS’

Hey everybody, some of you may have seen my previous posts but I will post a short summary for those who haven’t or may have read them a long time ago.2 years ago I dressed up as a spice girl in my room, this triggered something in my brain and a week later I realised I was a transsexual and it sent me in a downward negative spiral. For a long time I thought it was OCDc and I even got diagnosed with OCD and I had had other minor worries such as being a paedophile, being schizophrenic and some other things. However after waiting 10 months and finally seeing a therapist, she said I wasn’t serious enough to treat (the thoughts were completely crippling my life so I dunno how she came to that conclusion) and she hurried me along.Fast forward to this year and the constant thought of am I trans or not on my brain. Finally I came out as trans and accepted who I am, my family and friends have been supportive.I have done some things recently, such as shaving body hair and I painted my nails. However after shaving I didn’t really feel that much better and doing my nails felt ok at the time (maybe cos it was something I wasn’t “meant” to do but now when I look at them I find the glossiness annoying.Anyway I am waiting for gender therapy on the NHS and I am seeing a gender counsellor in the mean time.Anyway the last week or so, I have started to have images in my head. For example when I look at my sister, I picture myself fingering her and the thought stays for a long time and causes me anxiety. When I look at children, sometimes I get paedo images and thoughts. I also get the thought “I am a paedophile”This is very similar to how my trans realisation began as I had the thought “I am a transsexual” “I am a woman” etcThis has made me scared as I can see some parallels between the two themes which is strange as I have accepted being transsexual. Anyway I just dunno what to do.I am using OCD advice to deal with these incest and paedophile thoughts but sometimes my brain ruminates automatically. I normally let the thoughts sit there or sometimes I magnify them. What should I do? Should I tell my Doctor about this? I have moved house so maybe the OCD therapists will be better here or should I wait til I am at the gender clinic because they have psychologists there.This is hard to deal withHELP!”

In Australia, a married couple can adopt, arrange IVF, and surrogacy including surrogacy from overseas.

This is the real reason behind the ‘Same-Sex’ and ‘Marriage Equality’ propaganda:  daily access to a child.

But what Labor ignores is the rights of the child. 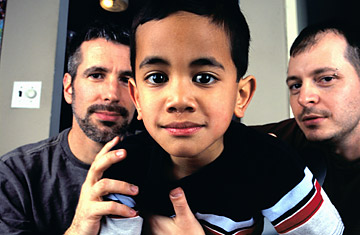 I want my Mummy

Labor minister Anthony Albanese staked out his own position by rejecting Ms Plibersek’s call earlier this year for a binding vote within the Labor caucus on gay marriage.  Albo is advocating a conscience vote instead, a tad more democratic that Labor’s extreme Left.

The Greens have urged “all parties wanting to end discrimination” to attend a multi-party meeting in Canberra next Monday to “work together” on the reform.  “The only way to achieve a common goal and secure marriage equality in Australia is to work together across all parties,” senator Sarah Hanson-Young said.  “It’s wonderful to see MPs from all sides pushing for marriage equality. The more voices the better. But what we need now is the votes to make reform happen.”

The text of the Labor bill has not yet been released to the Australian public, two days before bombshell day. 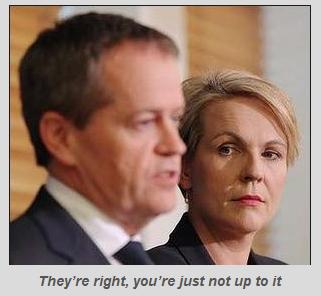