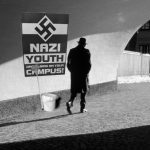 In a public address yesterday at the Australian Security Intelligence Organisation’s Canberra headquarters, ASIO Director-General Mike Burgess, gave many warnings (sic) about espionage” and jihadi terrorism in our country. Some of that is probably true, as far as it goes. But he also lashed out at “far-right groups”. And then he singled out those neo-Nazis!

END_OF_DOCUMENT_TOKEN_TO_BE_REPLACED 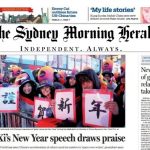 Outrage has been expressed by both politicians and senior journalists at Nine as the Sydney Morning Herald has openly displayed its agenda by flagrantly promoting Communist China’s interests.

END_OF_DOCUMENT_TOKEN_TO_BE_REPLACED 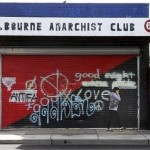 by Dr. Jim Saleam. | This is Part One in an ongoing investigation and expose of the anarchist / Antifa movement and the strange concessions made to it by state and media forces. (NB. When discussing Fairfax, the author is…

END_OF_DOCUMENT_TOKEN_TO_BE_REPLACED 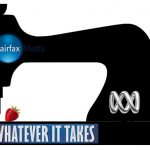 Guthrie:  “We need to stay relevant guys.  You’ll get another Walkley for this.”