Victoria’s PC-utopian leftist Premier Daniel Andrews and his PC patsy Police Chief Graham Ashton are PC blind to have condemned Melburnians to a state of siege by fully-imported negros. A Templestowe couple in Princeton Place awoke in terror at 1am as four masked, knife-wielding black stick insects smashed their way into their master bedroom window, overpowering them in their bed and demanding cash. The couple’s two sons, 18 and 22, rushed in to help.  A scuffle broke out and one of the thugs slashed the older son’s forehead, causing a gash.

Those of ‘African Appearance’, dem black Sudanese negroids demanded money and then proceeded to trash the family’s Princeton Place home.

Doncaster police Sergeant Jodie Vickers said the men escaped through the side window with an unknown amount of cash and a PlayStation.
Officers from both Doncaster and Forest Hill police stations attended, and the dog squad appropriately was called.

Police Sergeant Vickers described the frightening overnight aggravated burglary as a “terrible invasion of privacy” and said the family was absolutely shaken.

“You’re in the middle of the night in your sleep, woken up by noise and overpowered by four men wearing masks and wielding knives.”

She said the 22-year-old was treated at Box Hill Hospital for a cut on his head.

Negro-apologist, Sgt Vickers said she didn’t believe there was a gang culture in nearby government-ghettoed Manningham and that the attack was “out of character” for the area.   So that’s ok then?  Negros were not of the area and locals were never asked if they wanted a load of criminal Negros with attitude dumped by court prison van in their neighbourhood instead of the van continuing on to, well prison, deportation? Police said details of the gang were sketchy, but have described them as African.  She said police did not have any further descriptions of the men.  Sgt Jodie Vickers might be on to something, good leftist lass.

Anyone concerned is encouraged to call for the sacking of Sgt Jodie Vickers, Graham Ashton Circus and the scrapping of the Negro-apologist Manningham Crime Investigation Unit.

So who let the criminal Sudanese in?  Melburnians were never asked.

Canberra – the Liberal Party’s Amanda Vanstone when Immigration Minister in the Howard Government, in January 2007. She unilaterally authorised the Sudanese Invasion of Melbourne.  Single-handedly, Amanda Vanstone is responsible for all the Sudanese home invasions, car jackings, muggings, rioting and gang crime in Melbourne and now spreading out into rural Victoria.

In the past three years more than 10,000 Sudanese from Third World Sudan’s civil war in the past three years – mostly hardened by barbaric violence and brutality, fatherless, no education, mostly Muslim, no English, totally welfare dependent.  They all need to be rounded up, put into concentration camps and then deported back to Sudan. Them stick insects were never going to fit into Australian First World society; never in a million years.

Leftist Experts such as Paris Aristotle from the beguiling Victorian Foundation for Survivors of Torture say the influx was prompted in part by requests from the UNHCR for Australia to give priority to Africa in refugee resettlement quotas because of the 1994 genocide in Rwanda and the long-running civil war in Sudan. 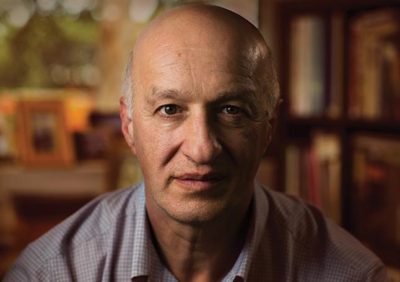 Paris Aristotle – Mastermind behind the Negro Home Invasion of Melbourne

In 1984, when Labor held government under PM Bob Hawke, the intake of Sudanese refugees for resettlement was zero. During the ensuing decade just 34 Sudanese refugees were resettled in Australia. Thanks to Amanda Vanstone, the negro intake jumped to 354 in 1994-95, heralding a rapidly increasing flow of Sudanese every year, rising to 6147 in 2003-2004, Sudanese topping Australia’s humanitarian entrant demographic every year to 2007.

Then came the African gangs and the crime. The Sudanese crime wave in Melbourne and spreading into rural Victoria by people of African appearance has become explosive. Yet, moral grand-standers of the Left, like fat lying Victorian Police Chief Christine Nixon refused to believe there was even a problem.  Labor-left Nixon deliberately lied about Sudanese crime statistics.    Fat Nixon claimed Andrews was wrong about Sudanese crime rates: “They’re not, in a sense, represented more than the proportion of them in the population.” On October 4, 2007 when interviewed on Melbourne’s radio station 3AW, Christiane Nixon blatantly lied and deliberately deceived the Victorian public. She had the real statistics and yet she lied:

“When you look at the numbers we’re talking about, the young Sudanese who actually come into custody or dealt with us, only really make up about 1 per cent of the people we deal with. When we look at the data what we’re actually seeing is that they’re not, in a sense, represented more than the proportion of them in the population.”

He leftist Senior Constable Herrech still remembers when refugee Hakeem Hakeem, 21, was brought in for raping three women. He had only been in Australia for 28 days. He was eventually convicted of rape attempted rape, intentionally causing serious injury, aggravated burglary, false imprisonment and armed robbery. He was sentenced to 24 years in prison.  So who is humanitarian?

But, said Senior Constable Herrech, Hakeem is the exception.

“Although you can put them in a Westerner’s clothing and a Western environment, there’s some stuff in their heads that’s kind of pretty horrible.  We engage them in education sessions so they’re not offending out of sheer ignorance of our laws.”

Finally in 2007, with the rising tide of Sudanese gangs and related crime, incoming Immigration Minister Kevin Andrews, realising a disaster was in the making, stopped Aristotle’s leftist invasion.   And response from Labor’s Left?

“It has been a long time since I have heard such a pure form of racism out of the mouth of any Australian politician,” sneered Queensland premier Anna Bligh.

Black stick insects rammed their stolen car into a Templestowe home on Hodgson Street at 4.45am where they broke in by smashing a window, armed with baseball bats and a pole.

“All four men are perceived to be of African appearance.”

What does Ashton‘s circus do?  Nothing, too scared to copy da leftist race card.

We’re not.  Call them stick insects what they are – friggen invading negros.

Canberra is still hell-bent on still inviting the troubled Third Worlders in (current quota is 13,750 a year, stretching to 17,555 in 2016).  Victoria’s Premier Daniel Andrews is still apologising for them and turning a blind eye. His police force, Graham Ashton’s Circus is still excusing Sudanese home invasions and carjackings around Melbourne as being “the exception”. So what is the Melbourne father to protect his home and family to do?  Police lack of interest and slow response time mean the insects are in and gone before police arrive.  The negros play the game and are running circles around us.

Locking the doors won’t stop them getting in. They’re drugged up.  They will get in.

There are a number of options worth exploring, beyond home-made pepper spray with cayenne pepper and methylated spirits and a baseball bat at the ready front and back.  Get a bad dog and don’t chain it at night. A proven effective solution to home invasions in the United States is the CZ 612.  Yes folks, thanks to Canberra’s Third World open invites, urban Third Worlder mass immigrant dumping grounds Melbourne, Sydney, Brisbane and Perth have each become like the United States.

We suggest, a CZ 612 12 gauge alternative to Labor’s PC hugging of terrorists, to address the spate of Negro Home Invasions:

Take the flack, at least your home is safe.