It does not surprise me that I was quoted inaccurately by the Daily Mail yesterday in connection with the St. Kilda Beach rally last Saturday. However, it was more what I did say and that did not appear – which raises a point or two.

Australia First founder Jim Saleam said that while he was opposed to the Nazi salutes at the St Kilda rally, he regarded the Melbourne rally organisers as lacking the purity of his white nationalist movement.

The 63-year-old former neo-Nazi, who has served jail time, wants a return to the white Australia policy and opposes the other far-right groups’ embrace of Vietnamese victims of African gang crime.

‘They move on to the territory and they proclaim themselves to be certain things,’ he said.

‘This is a view we think is not really an Australian possibility.

‘They believe that it is. A bit of problem.’

Essentially, I told the writer that Australia First Party, while it has the concern over African gang violence and notes that a number of good people turned out to protest (after all our election campaign in Cranbourne in November made the point), it could not condone the activities of provocateurs in the rally-organisation. I said that I could not speak for other nationalist organisations but I understood they did not attend because of that too.

Daily Mail was informed that, yes, from time to time it may indeed by quite fine for nationalists to be at a protest with “civic patriots” on an urgent issue, but that it was totally improper to accede to their agenda. And further, when that was done, the clarity of the rally was distorted into a free for all of trends, ideas and bad ideas, to the point where the public and nationalist participants, would be unsure which way was up.

To my readers here: that is very bad politics!

In a series of articles last year, I referred to the need for a ‘cleansing’ within the ranks of the very broad nationalist and patriotic movements. Here we are minded that we seek to move all patriots on towards Australian nationalism and we aim to ensure that all those who may have started down the road towards nationalism, actually reach the goal. Yet, there are problems for all at any level and they need addressing with urgency.

The St. Kilda rally presents all this:

1. There are issues with certain individuals whose history is so poisonous there can be no place. It must be made clear and this cleansing needs be done in public.

2. All need to be aware of the state / media narrative of ‘far right’, ‘extremist’, ‘neo-nazi’ , ‘terrorist’ and so forth. No part of it can be indulged but for an instant with unstable or foolish elements attempting to hijack a protest. If necessary such elements need to be removed in public by the marshals.

That is for all, and for those who are working towards nationalism or who may claim they are nationalists:

3. The nationalists must further clarify their attitude towards civic patriotism, to assist all its ultimate repudiation. And that includes even Senator Anning who made concessions at the rally and then on national television sprouted his support for Zionism. That the good Senator has raised awareness of the virtue of the former White Australia Policy may be good, but if he takes up other negative views, support must be said to be conditional. Further, that principle may extend to others who may occupy a half-way house between nationalism and civic patriotism.. 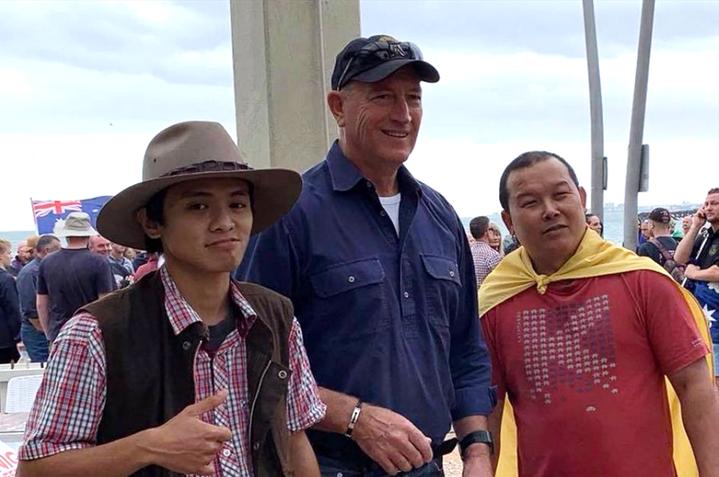 4. The nationalists must make their views clear about fringe elements and impossible ideology where state and media attempt to graft on their presence as a ‘feature’ of our ideology and politics and activism. The narrative about neo-nazis (sic) is probably the key one here. Young people entering onto the stage for the first time are the ones who will be targeted by this Trojan Horse which, if it wasn’t always a creation of the para-state, may as well be in practise. No ‘politics’ to recover our country, could possibly be generated from this ideology. This issue may have currency because, if I am right, serious provocation and violence ostensibly from this quarter, may be generated by the political police.

That Australian nationalists and in particular Australia First Party, may say their views are ‘correct’, does not end the matter. Far from it. At best, that is the declaration of intent. The struggle must be intensified. Melbourne seems to be a particular crucible at his time and it is here that the fight will be protracted. Quite frankly, it is high time the serious questions discussed here – were resolved. 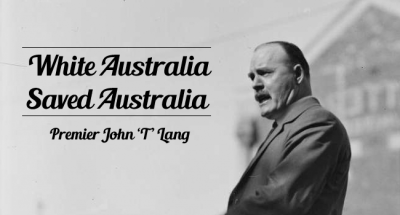