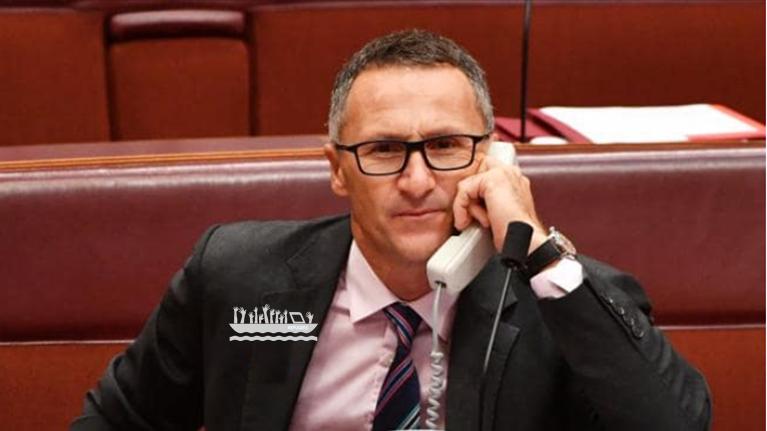 “Is that Vin Drin Dop or Lop?  Ok, Peter Dutton’s no longer allowed to stop the boats.  So you Vietnamese better high tail that gill-net junk of yours from Morseby a short hop to Daintree and we’ll sort the visas and book you in at the Eco-Lodge. How many of you are there?  Seventeen, that all?  Ok. Watch out for the reef, scuttle the boat off Snapper Island, let all ya mates know it’s on again and remember no docs.” 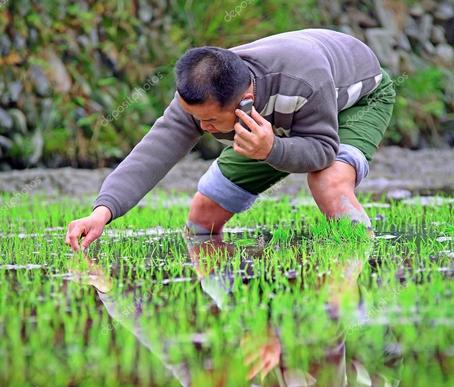 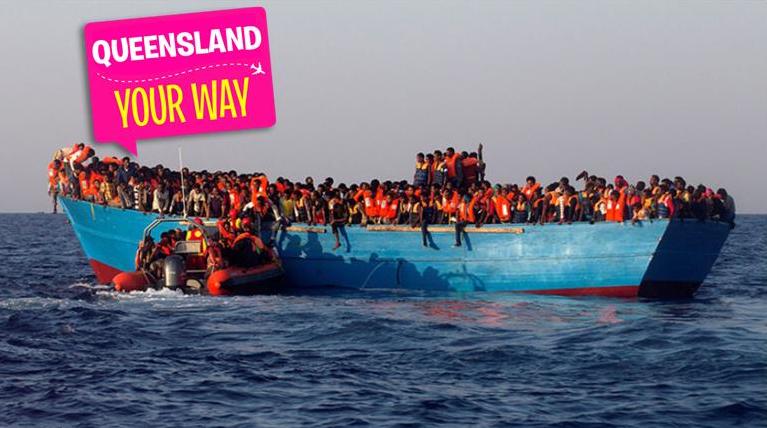 And so it’s on again. This is a major border breach.

The last asylum-seeker boat to arrive in Australian waters was on July 27, 2014, when a boat carrying 158 Indians was intercepted and they got chucked on to Nauru to reflect upon their fake refugees status – offshore indefinitely.

Two days hence…yesterday morning (Sunday) about 100km north of Cairns a dodgy Third World asian fishing boat was spotted off Far North Queensland’s Cape Kimberley listing near Snapper Island just beyond the mouth of the Daintree River.  There was not a border protection vessel in sight nor on any radar or satellite.

Sunday morning around 8:30am, a local operator of Daintree Fishing and Photography Tours, Dave Patterson, said he was leaving with a tour group, when he noticed an “odd-looking wooden boat that looked like a Vietnamese-Chinese-Indonesian fishing boat” about 2km in the distance, off Cape Kimberley.

Patterson:  “I just thought it was a gill netting boat.  The boat was drifting and local fishermen put it under tow to bring it in and it sunk just at the mouth of the river.   The people on the boat swam and ran into the jungle.  I heard later on that [other fishermen and tour operators] went up to it and there was no one aboard and it was just adrift.  There were people on it that just bailed out of the boat.  We don’t see this kind of stuff too often, or ever.” Comment by reader Stephen: “Maybe they mistakenly thought Bill Shorten was made Prime Minister on Friday.”

Patterson should send a big bill to Canberra for his reporting this illegal invasion and doing the work of Canberra’s Border Protection caught asleep at the wheel.  Home Affairs/Border Protection director Michael Pezzullo, an ethnic import, needs to be sacked for this flagrant, predictable, yet unacceptable breach of Australia’s border sovereignty. Bugger the investigation. “A senior government source said last night Border force officials were still unsure if the people were asylum-seekers or fishermen whose vessel had broken down and drifted from international waters.”

Border Force has declined to comment on whether further arrests had occurred or even the exact number of those already apprehended and their country of origin.  It’s blatant Canberran arse-covering in some spinorama.

A police source said local officers had been told to treat the group as suspected illegal immigrants.   Using pidgin English, one darkie who was nabbed identified himself as a Vietnamese taxi driver.  “I made $10,000 cash!”

These lot had to sail passed three countries – Philippines, Indonesia, Papua New Guinea – to get to their welfare seeking nation of choice, Australia.  Vietnamese are not refugees and since the war ended in 1975, all those who fled persecution to Australia must be rightly repatriated.  Asylum is only valid when genuine persecution exists. When persecution ends, so does asylum.   Fraudulent asylum and overstaying asylum are crimes being promulgated by the globalist United Third World Nations. Canberra’s spin that the vessel broke down is fake news.  They were not lost Indonesian fishermen.  They drained the full diesel fuel tanks and scuttled the hull so that the boat was a wreck to prevent being turned back.  They were pre-paid illegal migrants.  They swam ashore and hid from immigration authorities in the dense Daintree rainforest.

So Border Force sent in the local volunteer SES with pet dogs to sniff out the invading vermin in the rainforest, mangroves and wandering on Cape Tribulation Beach and roads.  Douglas Shire Mayor Julia Leu said the area being searched using police road patrols checking car boots, and by helicopters and boats.  She remarked that the mangroves “are full of crocs’’…“you have to remember we have a thriving tourism industry up here and one of the reasons is that there are plenty of crocs to see.” It was clear that the slopes were bee-lining their way to catch the Daintree River Ferry, group booked by The Greens.

But throughout yesterday and today, the vermin were sniffed out and captured and put into quarantine to prevent contagious diseases of the scum spreading into the vulnerable Daintree tourism resorts:

Now this deterrent campaign by Canberran consultants was crap. This is better.  Hey asylum seekers, a must watch on approaching Queensland (ask for translation):

It’s not unusual for Vietnamese asylum seekers to target a remote part of the northern Australian Coast. It’s relatively easy to do; but most don’t get far once landed due to the hostility and are soon detained or give themselves up quickly. Their asylum claims fail unless Greens-Labor is ruling Canberra.

Boats carrying asylum seekers from Vietnam reach Australian waters – or near to – with semi-regularity, but lately vessels are usually intercepted before they make landfall. Asylum claims are often made at sea, and slopes returned to Vietnam without ever seeing a kangaroo.

The last asylum seekers to reach Australia by boat were six Chinese who landed in Saibai island in Far North Queensland, short hopping from PNG in August last year.

There are fears that if people smugglers are prevented from sending boats to Christmas Island, the Torres Strait will become the new frontier for asylum seekers.

Dutton’s intel confirms there are 14,000 of the scourge on standby immediately to Australia’s north waiting for The Green calls.  The Home Affairs Department has about 14,000 staff, so there’s one public servant to watch each wannabe illegal. These islands are also incredibly close to PNG geographically. The nearest populated island to PNG is Saibai, just four kilometres from the Papua New Guinea mainland. The travel time to Australian territory is a matter of 15 to 20 minutes in a tinny.