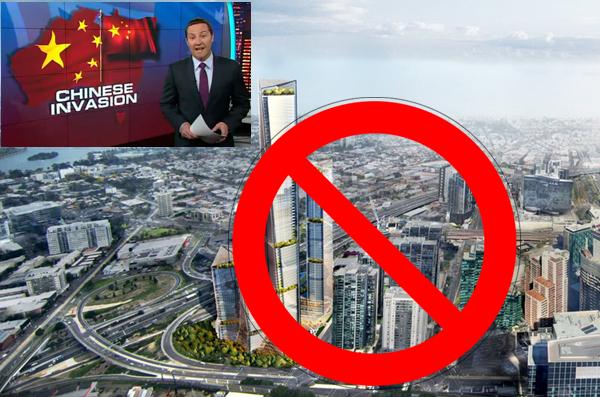 Thanks to four years of persistent active opposition by Melburnians a wake up to this faux “education” city, the Victorian Government on Friday July 5 in 2019 rejected Beijing’s $31 billion proposed invasion city on pasture on the western fringe of Melbourne.  In a statement, Victorian Munster of Priority Precincts Gavin Jennings said the Victorian Government had decided to end the expression of interest process for the sale of the state-owned East Werribee Employment Precinct, a 775-hectare parcel of land near Werribee.

Hey Spring Street, if it’s state owned in the state of Victoria then who paid for it?  Answer: Victorian taxpayers!   Public-owned assets (land, departments, infrastructure) are not for greedy treacherous politicians to sell. 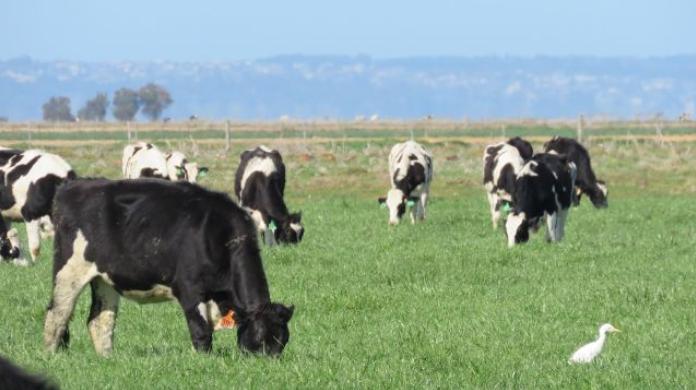 The grazing paddock was set to be converted into a dense high-rise Chinese-only ‘Innovation District’ supposedly comprising of 6 million square metres of education, research and development, innovation, residential, community and commercial space, with faculties for 50,000 students and accommodation for 80,000 people (so long as they spoke fluent Mandarin). 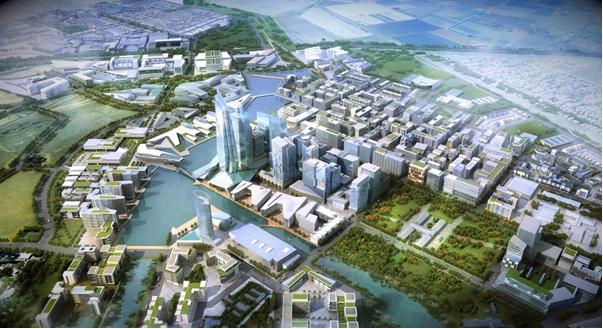 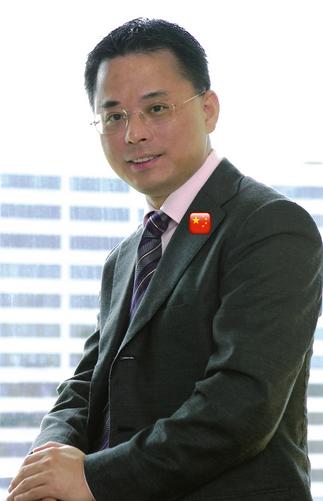 Zheng bought the pastoral land site around Sneydes Road in Werribee in 2014.  Or the reality: the incumbent Liberal-National Victorian government misled by Liberal Premier Denis Napthine and his National Party lapdog Peter Ryan, flogged off public owned agricultural research farmland to the Chinese.

Real estate agent John Castran (below) sold the paddock in Werribee for $4.4 million, reaping his 6% sales commission of $260,000. 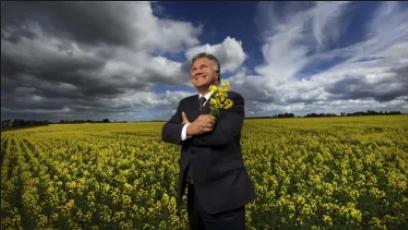 Winners are grinners caught flogging Australian assets to the Chinese.

Guess who the consortium’s executive chairman is?  Bǐ Lè Zheng .  Guess who his co-chairman is?  Catherine Walter who is a tyrrant and was sacked from the National Australia Bank in 2004 for overseeing $360 million in losses from rogue trading in foreign exchange. Then in 2009 there was a mutiny against her by scientists at Synchrotron. She’s the female quota on the consortium.

Guess who he consortium’s CEO is?   John Tabart who is behind the Sino high-rise invasion of Melbourne Docklands Sydney’s Barangaroo.   Tabart facilitated Chinese “whales” snapping up the exclusive Barangaroo waterfront tower and harbourside apartments ranging in price from $1.875m to $6m, all bought off the plan by Chinese in 2013.

Guess who is on the consortium’s advisory board?  Labor’s scandal-ridden former state premier John Brumby (recall Windsor Hotel, Citywide).  Brumby just so happens to be also be on the Australia China Business Council, a director of China state-owned Huawei.

The Victorian Government says it rejected the Australian Education City due to particular concern about the site’s “remoteness and connection to the public transportation network, its sustainability credentials, and the validity of the consortium itself.”  This translates into lay terms as the site being a paddock in Woop Woop and the developer a community Chinese intending beachhead invasion.

“The Government acknowledges the importance of strengthening ties between universities and industry in Melbourne’s West, and increasing job opportunities..the Government will continue to explore ways of maximizing Werribee’s potential as a vibrant and attractive precinct, designed with people in mind.”

This translates as “watch this space..Werribee grazing and farmland is set for sprawl, mostly migrant sprawl.” 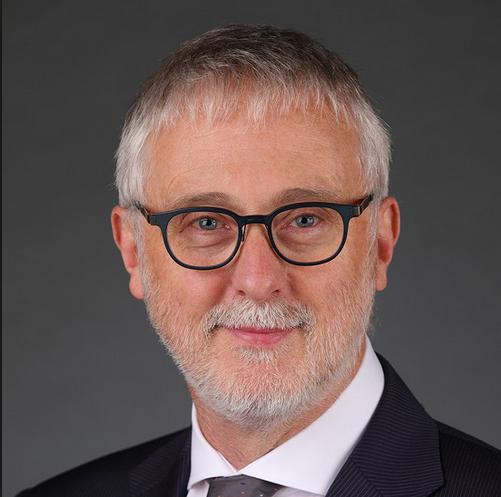 “…Minister for Priority Precincts Gavin Jennings today confirmed that the Labor Government had signed an agreement that invests $250,000 with Victoria University for work that includes assessing opportunities for VU’s existing campus in the East Werribee Employment Precinct.

Strategically located in the important economic corridor between Melbourne and Geelong, Werribee is a Victorian growth hot spot…Melbourne’s burgeoning western suburbs (flooded annually from Canberra’s GDP-through-mass immigration Ponzi scheme) are among the fastest growing areas in the country, with the population expected to triple by 2050…to support (migrant slum) housing and job growth (aka Third World construction workers on dodgy visas), while maintaining distinctiveness, liveability and sustainability.” 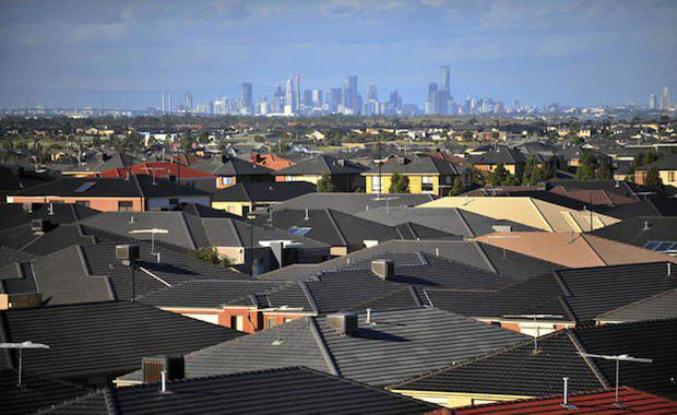 Vic munster Gavin Jennings (dubbed ‘The Beard’) is Premier Andrews right-hand factional effeminate and parliamentary whip cracker.  Gav in 2016 lashed out spending $273,000 on re-decorating his ministerial office at Treasury Place – well, it just had to be contemporary and pink. 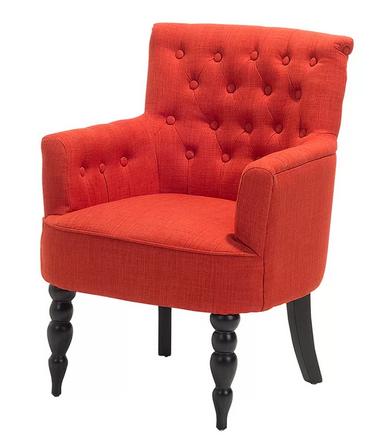 Gav claims he was only trying to outdo the Libs for office refit – like: “My turn fellas!”

Indeed, this is a victory for all Australians, alas probably a temporary one – as the project may revive in some way and go elsewhere.

As ever with many of these ‘big uber city’ projects, there was something not quite right with Direct Financial Group founded by Zheng.

Australia First Party campaigned in two Federal elections (2016 and 2019) against the Educity, our candidate Susan Jakobi increasing her vote last time to over 4000 votes and 4.38% of the poll. Susan’s message went everywhere through the district and was taken up by many people.

Nonetheless, it is the local people who deserve the credit for defeating the Educity! The victory against the Educity came about because many local people questioned the project, protested in various ways and let their anger and frustration with state policy be known.

Hong Kong Chinese inculcated with British democracy are a wake up and have told imperialist Xi to bugger off back to Beijing in no uncertain terms.

Chinese ‘Educity’ – yet another Beijing Beachhead

This ‘Educity’ scam has its origins back in 2015, when Labor’s Robin Scott secretly awarded Zheng’s two-bit Chinese firm ‘Investors Direct Financial Group’ with preferred bidder status to develop a vest tract of public land in Werribee. Scott’s married to a Chinese – Shaojie Wu.

Beijing’s planned beachhead invasion at Werribee follows in a series of beachhead attempts:

No Australian should think this project is a one-off. Chinese company Songcheng Performance Development is striking the deal to give it control over a giant swath of land in the Norwell Valley between Brisbane and the Gold Coast. Songcheng, owned by Chinese billionaire Huang Qiaoling, in March 2017 unveiled plans for a $400m cultural theme park on a $55m riverfront Nerang site on the Gold Coast.

Further, eight new cities along a very-fast-railway line between Sydney and Melbourne and the creation of large sub-cities within Greater Sydney and Greater Melbourne are other plans of the Chinese imperialists and their local ‘Australian’ collaborators. 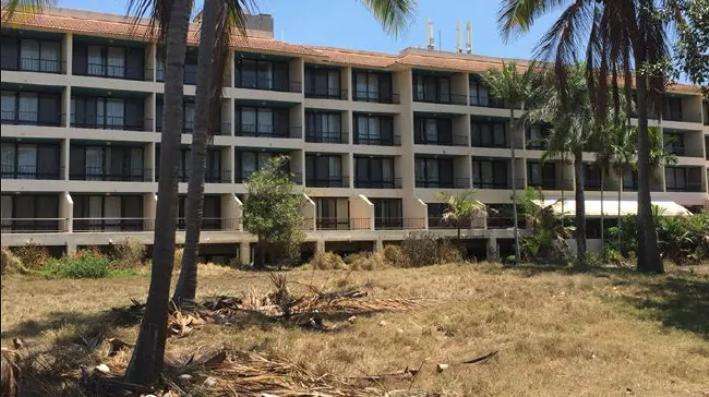 Notice a few trends?  Got the message Beijing?

…Historically then there were the tens of thousands of indentured Chinese despatched by then Peking (Beijing) in the 1850s to beachhead Chinese colonial occupation of the goldfields of Araluen, Lambing Flat, Bendigo, Castlemaine, Buckland Valley and Ballaarat, and others.

Beijing has plans for another one at Southport on the Gold Coast and a fake one in Darwin because apparently one is “seriously lacking.”

Paper by Yu Sing Ong, HELP University, Malaysia, 2017.  [‘OBOR: China’s Challenge to Western Hegemony in Higher Education and Implications for Malaysia Universities‘, at the The Asian Conference on Education 2017

“The One Belt One Road (OBOR) initiative is seen as China’s challenge to Western hegemony in higher education. The strength of OBOR is that it has no formal institutional structure. Projects are negotiated on a bilateral arrangement between government entities at all levels and also between government and private sectors. OBOR is multifold, encompassing economic, political and social aspects of cooperation.

As such, a multi-pronged approach is needed to reap the full benefits of education cooperation within the framework agreement on OBOR. The promotion of educational exchanges will be further deepened with the opening of Chinese universities branch campuses or provision of scholarships to international students.

The deepening of educational exchanges between China and participating countries can be viewed as a threat to Western universities interests in Asia despite China’s assurance that it adopted the attitude of no challenges to the existing world system.

This paper covers the efforts of China to internationalize its educational system, with an emphasis on collaboration with Malaysian universities. It concludes that Malaysian universities have much to gain from the OBOR initiative, not only in terms of academic exchanges, investments, co-operations in projects but also in the influence of Confucian (China’s Communist Party’s maniputated label for totalitarian cultural compliance) value systems.”

Melbourne was reminded of the ‘Yellow Peril’ colonisation from China back in 1980.  Joan Kirner’s pro-Chinese lefties relocated the artwork from the prominent City Square to under a dank train bridge out of sight.