Where are Turncoat’s and Frydenberg’s loyalties?

On Sunday April 29, a week ahead of the Liberal’s Federal Budget Speech, Minister for the Environment and Energy, Josh Frydenberg out of the blue, declared:

“The Turnbull Government will partner with the Great Barrier Reef Foundation through a ground-breaking $444 million agreement to tackle crown-of-thorns starfish, reduce pollution into the Reef and mitigate the impacts of climate change.”

This whopping $444 million according to Frydenberg is to improve water quality, reduce Queensland farmers fertiliser use and runoff, remove the crown-of-thorns starfish, clean up the coastline and monitor reef health.  But the taxpayer millions were not allocated to the Department of Environment and Energy, or to the federal Great Barrier Reef Marine Park Authority (GBRMPA), or to the Australian Institute of Marine Science, or to James Cook University or to the CSIRO or to the Queensland Government. 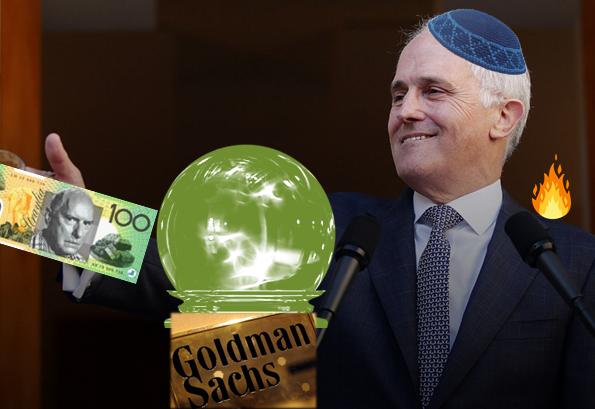 Instead, the $444 million, and odd amount, was gifted to a small, philanthropic outfit located 1000km away from the reef in corporate Brisbane with just six staff.

In comparison, the GBRMPA with 206 full-time equivalent employees is the expert on the Reef and appropriately headquartered in Townsville and with branches in Cairns, Mackay and Rockhampton. They got nothing and were told nothing by Canberra.

The Federation’s grant is for six years, but the Great Barrier Reef Foundation received all of the money up front months ago, no application, no forms, truck loads of cash to splash! 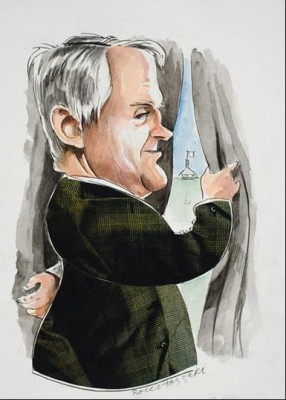 In 2014, the Libs set up a $40 million trust fund for projects to protect the Great Barrier Reef.  Then Turncoat cut $100 million from Australia’s peak science organisation, the CSIRO. 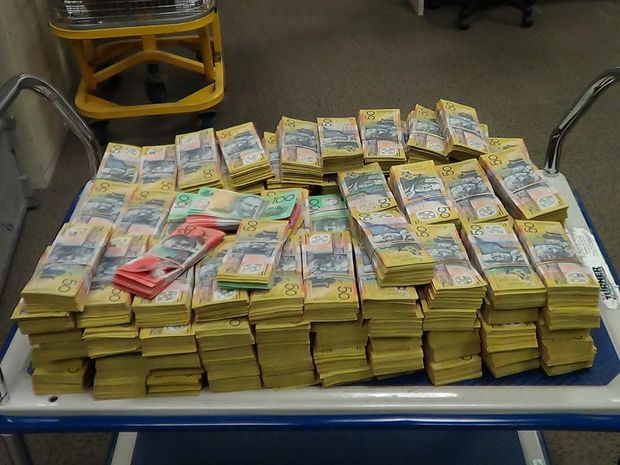 That’s 300 of these trolley loads by direct deposit.

Under Turncoat’s Reefgate there was no competitive tendering process, no due diligence, no Federal Cabinet knowledge, no Auditor-General knowledge, no public probity.  It turns out it was actually Turncoat’s captains call made back on March 28 – “he just thought it up and did it.”   Turncoat has tried to justify this “record investment” because it is apparently someone’s ‘International Year of the Reef’.

It constitutes a record misappropriation in Australian political history.  It’s an order of magnitude bigger than any grant that’s ever been given to a not-for-profit in Australia, which has been used to fundraising just $4 million a year.

Labor Senator Kristina Keneally (former NSW Premier and a devout Catholic) exposed what’s since been dubbed “Reefgate” on May 21 during a Senate Estimates questioning session.

“The Government still can’t explain why the money went to the foundation instead of being managed through the department or the Marine Park Authority, nor can it explain why the decision was taken without the foundation even being aware that it was being considered to carry out work on a scale completely beyond its historic capacity.”

Why has King Turncoat stolen nearly half a billion dollars from Australia’s Treasury, err borrowed money for this mysterious gift?  Is this Scomo ‘good debt’?   Reefgate is a rort that needs to bring this PM down.  He has form.  A week before the 2007 election, with the dying Howard Government fully in caretaker mode, then Environment Minister Malcolm Turnbull found time to award a $10 million grant to his donor mate Matthew Handbury who ran the Australian Rain Corporation. It was for some water diviner that oddly didn’t work.

Dig deep into the Turnbulls, the Wentworth Forum and the United States Study Centre at Sydney University and discover lots of money changing hands. 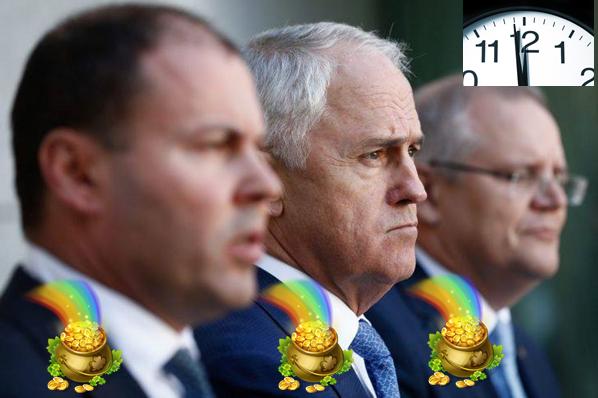 How’s this for a bit of co-incidence?

Liberal PM Malcolm Turnbull is legal banker and a former managing director of Goldman Sachs Australia from 1997, who was promoted to partner in Goldman Sachs and Co.  He resides in the Liberal Party’s blue ribbon eastern Sydney electorate of Wentworth, which is an enclave of wealthy Jewish immigrants. Up the road from Mal is the orthodox Wolper Jewish Hospital, Sydney Jewish Museum, Moriah College, Emanuel School, Kesser Torah College, and seven synagogues along Old South Head Road.   What are these organisations instilling but an alternative to mainstream Australia, like the Muslims – a decultural consequence of globalist multiculturalism.

Turncoat’s loyalty is to himself.

Minister for the Environment and Energy, Josh Frydenberg, raise a devout Jew in Melbourne’s wealthy Jewish enclave of Kew within walking distance of a synagogue. Rejecting Australian schools, he was sent to orthodox Jewish-only colleges Bialik then Mount Scopus to be Jewish before Australian.  He studied law and politics, a Young Liberal then becoming a legal banker to fast track himself into politics by age 28.

Frydenberg’s loyalty is to his obligated elite Zionist base. 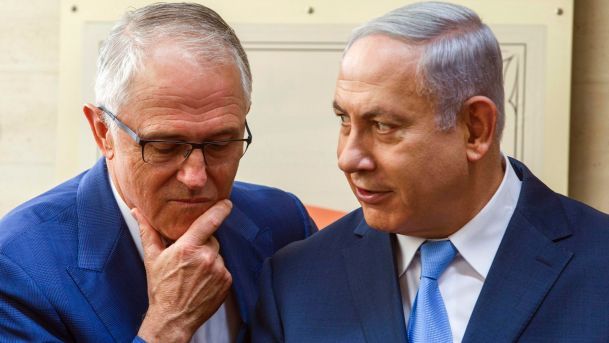 Most Jewish voters live in blue ribbon Liberal electorates and donate generously to both Liberal and Labor, to maintain a bet each way.

Michael Myer, an elite wealthy Jew set up his Great Barrier Reef Foundation with former Goldman Sachs managing director and head of investment banking millionaire Keith Tuffley plus other wealthy corporate elites in 1998.   The foundation’s managing director, Anna Marsden, is Jewish.  Why is that? 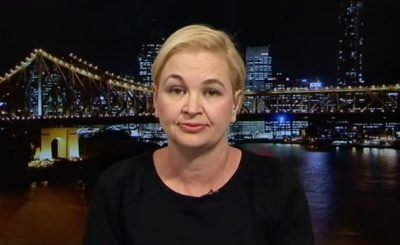 “I’m Jewish. It’s a closed shop, so what’s your problem?”

Board members include Dr Russell Reichelt, a Jew, and Olivia Wirth wife of former union leftie and strident Zionist Paul Howes.   Another former director, Stephen Roberts, is facing criminal charges for allegedly being part of a Citigroup banking cartel. Roberts has since resigned.

These days Tuffley is managing partner and CEO of leftie globalist lobby group, ‘The B Team’ based in Lausanne in Switzerland, which is conveniently an hours drive from Geneva.  Geneva is where the United Nations has its global headquarters for its agences: The Office of the High Commissioner for Human Rights, The International Labour Organization, and The United Nations Conference on Trade and Development.

“This week The United Nations adopted a set of 17 Global Goals which aim to end extreme poverty, tackle climate change and address a number of other major global challenges. These issues are cross cutting and will require partnerships, energy, and active participation from all sectors of society, exactly why we need to see more examples of bankers and activists working feverishly towards the same end-goal.”

“The 2014 GBR Outlook Report concludes that climate change, poor water quality from land-based run off, impacts from coastal development and some remaining impacts of fishing are the major threats to the property’s future health. the Reef 2050 Long-Term Sustainability Plan, which “proposes 7 major outcomes for the property to be delivered by 2050 and sets out concrete actions that are linked to defined targets by 2020 and medium-term objectives by 2035.”

The plan states that adequate finance will be provided and outlines proposals for an investment framework that will be established in 2015-16 to determine investment priorities and optimization of resource allocation across all partners to ensure effective implementation.

Then on April 9 2018, Turncoat and Frydenberg met with the chairman of the foundation, former Commonwealth Bank head John Schubert, happy to declare his “captain’s call” to offer the foundation $444 million to save the Barrier Reef from supposedly climate change.

Why $444 million exactly?  Coincidentally, the number 444 is symbolically important in Judaism gematria as it has many references to Hebrew divinity.  Isn’t this odd?

The foundation has been asked to submit a retrospective application for the money.  How dodgy? 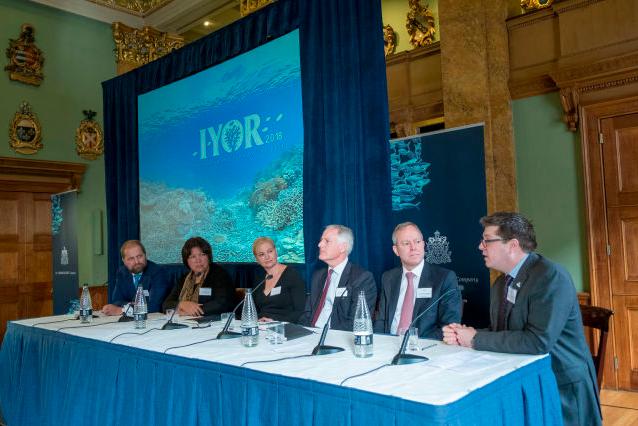 Jewish-owned and controlled global investment bank, Goldman Sachs, is headquartered in New York and has a 150 year history of Zionist interference in global markets and politics, notably lobbying and bankrolling the annexation of Palestine post World War II to create Israel.  Not content with that, the Jewish diaspora pursue a globalist central control agenda wherever there is wealth to be got.   Goldman Sachs alumni have infiltrated First World governments with its globalist and Zionist agenda ever since – in America, Britain, European Union, United Nations, Australia, etc.

The origin of Israel’s flag is derived from the Flag of Jerusalem (left).  Goldman Sachs is a Jewish banking conglomerate.  The company logo is the same colour ‘sky blue’ of the Flag of Jerusalem, symbolic of God above them in Heaven.  It also means equilibrium and order. 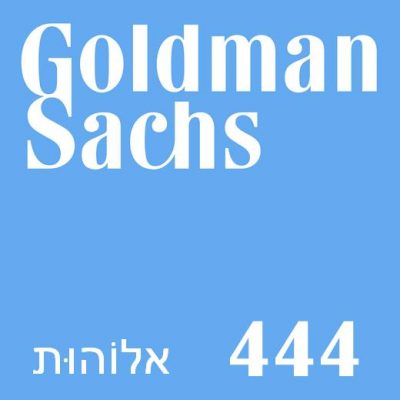 It is a global impost on the First World:

Agenda 21 has since September 2015, morphed into Agenda 2030, prescribing 17 Sustainable Development Goals and 169 targets that the First World has to do by 2030 or else!

Maurice Strong is a director of the Chicago Climate Exchange (largest shareholder, Goldman Sachs), which is ‘the world’s first and North America’s only legally-binding greenhouse-gas emission registry reduction-system for emission sources and offset projects in North America and Brazil’. The Exchange was established with funding from the Joyce Foundation where Barack Obama was once a director. Strong and Al Gore make money through the Carbon Exchange and other means from the lies they promote about climate change and the solutions they propose.

Well, the United Nations is composed of 192 nation members of which 140 or 73% are Third World and vote for their own self-interest, invariably a share in First World welfare and emigrating their uber-breeding own to same.