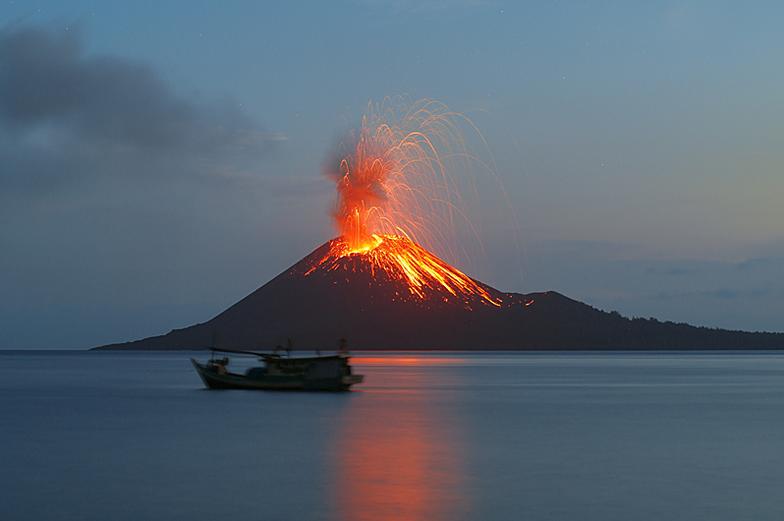 In Indonesia, as of Monday evening, the 2018 Christmas Krackatoa Tsunami has killed at least 429 Indonesians, injured more than 1500, at least 128 still missing, and a further 70,000 locals displaced.

“I have instructed BMKG to purchase equipment for early detection, early warning systems that will be able to provide timely alerts for civilians, so that they can take action quickly (when a natural disaster happens).”

But Hello!  Australia had already gifted 22 of these operationally to Indonesia in 2008 and funded the capital cost of a fully operational joint early warning system.   The high-tech system of seafloor sensors, data-laden sound waves and fiber-optic cable replaced a system set up after an earthquake and tsunami killed nearly 250,000 people (mostly Indonesians) in the region in 2004.

Except Jakarta reneged, ignoring its maintenance obligations from day one.  An official from the Indonesian National Board for Disaster Management (BNPB) said earlier on Monday that Indonesia’s tsunami buoy warning system has not been operational since 2012, which meant that no alert was given to the residents in the areas struck by the tsunami. 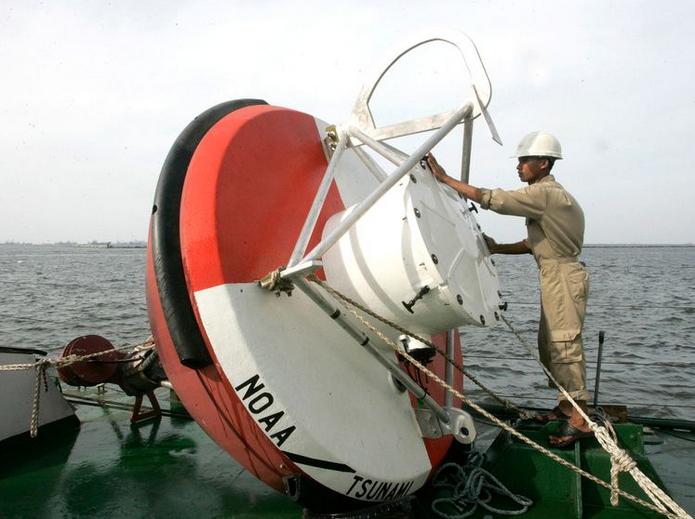 Yet Jakarta continues to happily take Australia’s annual half billion dollars in foreign aid anyway, by the pallet load.   Where has all the money gone?  Where is the accountability?  Why is the Indonesian military so rich and politicians live in palatial compounds?  Why does Indonesia need 800,000 mosques? 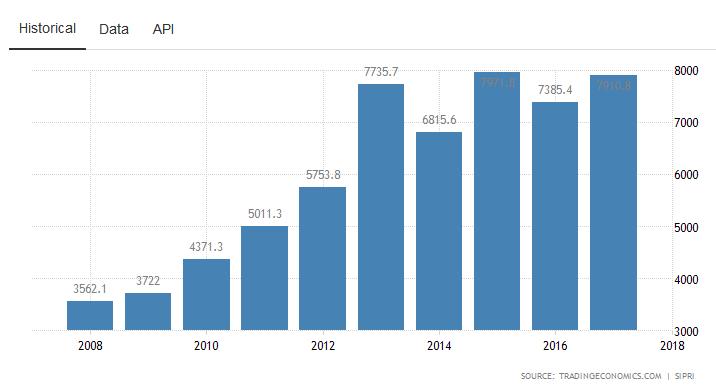 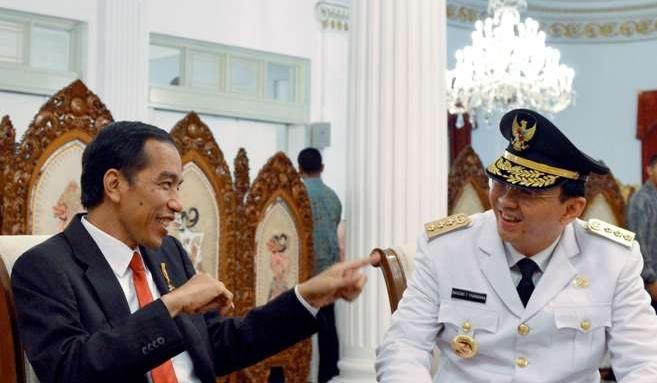 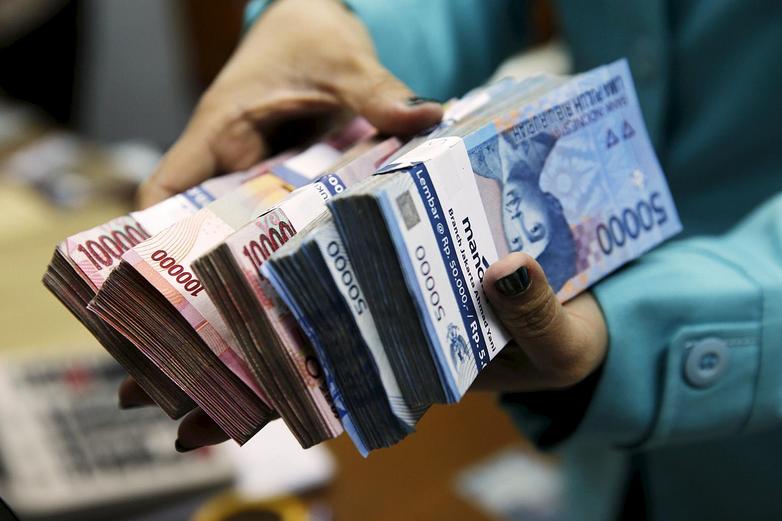 What happened to the colossal $6.25 billion generously internationally gifted to the 2004 Indonesian Tsunami Aid?  This is the breakdown by the United Nations Office for the Coordination of Humanitarian Affairs.  Half a billion is “unknown”.  Worse is that the UNOCHA pie chart below only adds up to $1.7 billion.  What about the other $4.5 billion? 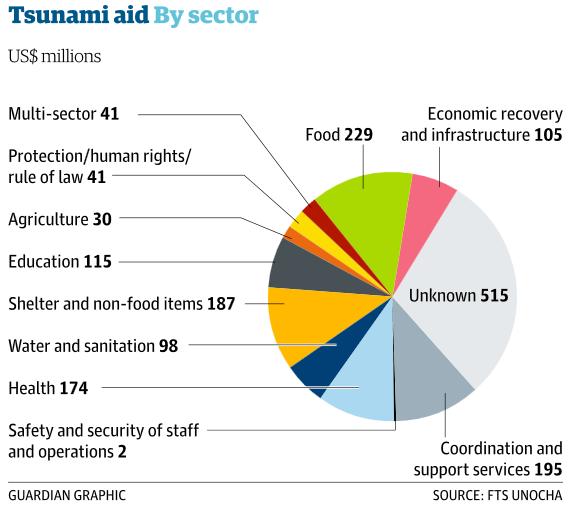 Dozens of inexperience and incompetent charity NGOs popped up, had no idea, and handed out money left right and centre. More than 150,000 Acehnese survivors spent more than a year in rotting tents and most of the rebuilt homes were dodgy inhabitable shacks without water, electricity or sewer hookups – described as “slums of clapboard shacks” .

Jakarta and President Widodo have well-known that the 2008 early warning system would have prevented the tsunami deaths, and yet that it has been unserviceable since at least 2012.

University of Pittsburgh expert in disaster management, Professor Louise Comfort, who has led the US side of the ‘Enhanced Tsunami Detection System‘ project had warned in October:

“In the Sulawesi incident (Sep 28), BMKG cancelled the tsunami warning too soon, because it did not have data from Palu. This is the data the tsunami detection system could provide.  To me this is a tragedy for science, even more so a tragedy for the Indonesian people as the residents of Sulawesi are discovering right now. It’s a heartbreak to watch when there is a well-designed sensor network that could provide critical information.”

President Widodo is ultimately responsible for the Sulawesi Tsunami tragic consequences of September 2018 that killed at least 832 Indonesians in the cities of Palu and Donggala.

President Widodo is ultimately responsible for all Indonesia’s inter-agency wrangling and delays in getting just $69,000 to complete the project means the system hasn’t moved beyond a prototype developed with $3 million from the U.S. National Science Foundation. Jokowi is also now ultimately responsible for the the 2018 Christmas Krackatoa Tsunami has killed at least 373 Indonesians and injured more than 1400.

Indonesia politics, government, military and President Widodo are corrupt.  All previous Indoinesian prsidents have been corrupt.

Christian notions of blank cheque charity out of Canberra are only perpetuating the corruption.  It is misguided.  Meanwhile, Canberra hatefully imposes an onerous 106 question form on any drought stricken Aussie farmer needing to apply for Canberra’s the Farm Household ­Allowance (FHA).  It’s the type of test that needs to apply to corrupt Indonesian officials not to Australia’s own farmers in genuine need.

And Third World Indonesians are treated like detritus by their own goverment, and by charity NGOs. 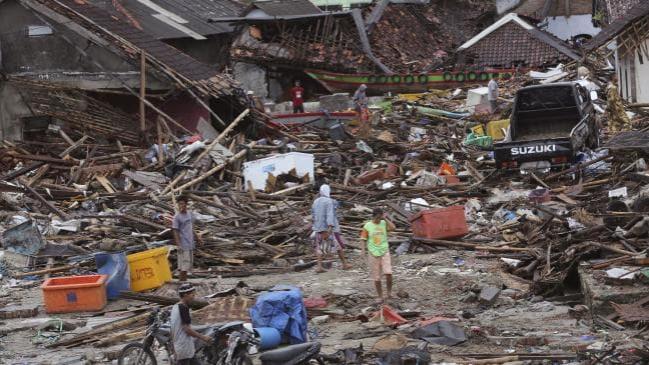 Widodo cries crocodile tears, more interested in Jakarta ego-bidding for the 2032 Olympics some fourteen years away, when he will have long-retired corruptly on squandered Australia’s foreign aid squillions. 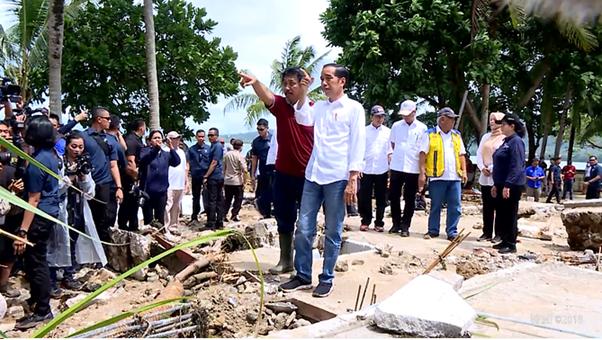 Jokowi Detritus:  “Make sure my photo gets front page spread of The Jakarta Post..

and that the column article features the word ‘cares‘ multiple times.

There are many reasons why Australians should NOT donate to the latest Indonesian emergency.