Yet again, more Third World backward migrants are tolerantly let into Australia, only to harm us and then have Leftist lawyers funded by taxpayers get them off.

We recognise it as ‘IMMIGRATION HARM‘.  It is our government’s imposed invasion destroying us and our way of life.  Labor, Liberals, Nationals and The Greens are complicitly inviting it.  Australia First Party says end the tolerance!

On the night of September 3, 2014 immigrant Pakistani Muslim Adeel Khan knew that the O’Brien family, including 11-month-old baby Jude O’Brien, were asleep above his Darling Street convenience shop in Sydney’s Rozelle, when he set up a massive petrol and gas bomb …. law enforcement claims the motive is insurance fraud, but such a flagrant disregard for human life is so Islamic. 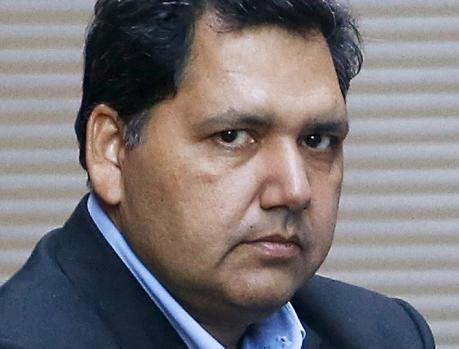 Khan set up an elaborate network of 10 petrol containers throughout the store – connected by strips of petrol-soaked material – with the intention destroying the shop to claim $225,000 in insurance.

As well as blaming the three armed robbers for setting fire to the store, Khan also had an explanation for CCTV footage that showed him buying 38 litres of petrol at a service station two days before the fire.  The petrol was decanted into plastic containers, one of which, containing 10 litres, was found in his car by police. Fire experts said an estimated 22 to 28 litres of petrol was used to douse the shop. 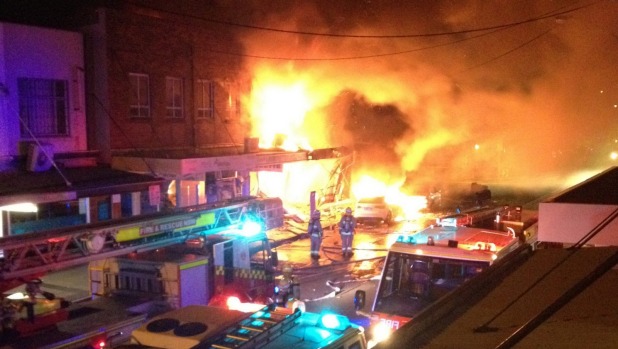 Khan ignited the fire using a cigarette lighter about 4am. The resulting explosion destroyed the two-storey Darling Street building and the one next door, reducing them to rubble.

Senior Crown prosecutor Mark Tedeschi, QC, had told the jury the prosecution did not have to prove Khan intended to kill.  Rather, he was charged with murder by reckless indifference to human life.  Mr Tedeschi described Khan’s evidence as “bizarre” and “preposterous”.

Khan’s leftist lawyer, Luke Brasch lied for Khan falsely denying Khan had any financial stress or motive to destroy the shop. Khan got paid by taxpayer to lie. Chris Noble burnt alive in his flat by Khan

Today da Paki was found guilty of just manslaughter of Bianka O’Brien and her baby Jude, also in the unit above the shop, but today his Leftist lawyer Luke Brasch and Leftist judge Elizabeth Fullerton persuaded a jury to let Khan off.

Khan made up a story about armed robbers, but he planned and deliberately fire bombed his shop in Rozelle (like they do in Pakistan), because he had no idea about running a business and just wanted to claim off his new $225,000 insurance policy.

Khan was also found guilty of one count of causing grievous bodily harm to Mr Noble’s flatmate, Todd Fisher, one count of wounding a second flatmate, Corey Cameron, and destroying the building for financial gain.

Khan showed little emotion in the dock as the verdicts were read out.  He was guilty, so why would he?

He’ll get a slap on the wrist. 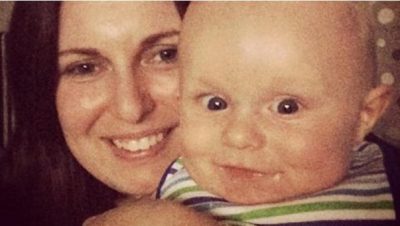 Outside the court, Chris Noble’s mother Liz said she was disappointed by the manslaughter verdict and said the lives of Bianka and Jude O’Brien were no less valuable than her son’s.

“What a dreadful waste of three young lives that should have been safe sleeping in their own beds in Rozelle, as they were 21 months ago; lives taken so callously by the act of a man focused only on his own perceived needs,” Mrs Noble said.  “The accused has never expressed any remorse or sorrow for the lives taken and that has been really, really difficult for us.”

In Canberra 2014, Chinese immigrant to Australia, Stanley Hou, was caught red-handed by police manufacturing ecstasy in a drug lab he set up in an industrial area south of Canberra in Sheppard Street, in the suburb of Hume. 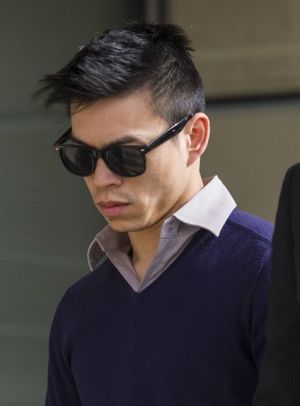 But Stanley is not his real name.  Typically as an Asian here he Anglicized his Ching name Seon ( 謙遜) meaning humble, so he could pass as Aussie. ‘Asian filth‘ a better name.

Hou’s meth lab was discovered after a local safety inspector for electricity and gas provider ACTEW became suspicious of a chemical smell in the area around a building on Sheppard Street.

Third Worlders are not too smart folks.

Hou on seeing police pounted to his lab sign “staff only” and said police not allowed.  I want my lawyer!”

The unofficial response was akin to that Sheriff J.W. Pepper ought be proud: “Take a Flying F@ck!”

Hou was in the middle of making a batch of MDMA and a large number of precursor chemicals were found inside including 32 litres of nitro methane as well as 71 grams of MDMA, known as ecstasy.  Police recovered jerry cans, drums and many other containers of chemicals, as well as a large quantity of glassware used in the operation.

Turns out Hou had been manufacturing MDMA at the premises for a year, from October 2013 to August 2014, until he was arrested.

Hou’s overpaid Leftist lawyer, David Dalton SC of Maurice Byers Chambers, tried to get him off say goodbye to family members (in Honkers?) 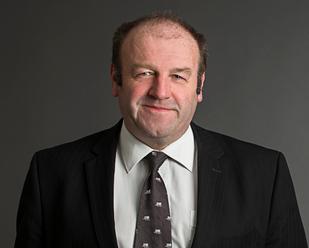 Slap on the bloody wrist.

We recommend immediate deportation to serve the incarceration in China’s prison of choice – try Qincheng Prison!