On the night of September 4, Pakistani Muslim Adeel Khan knew that the O’Brien family, including baby Jude O’Brien, were asleep above his shop when he set up a massive petrol and gas bomb …. law enforcement claims the motive is insurance fraud, but such a flagrant disregard for human life is so Islamic. 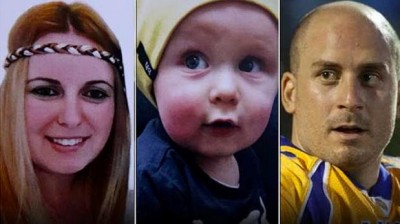 Australians burnt alive by a Muslim

Store owner and Muslim Adeel Khan (44) has been charged in hospital with three counts of murder, two of attempted murder, plus 17 charges of damage to property in relation to  the fatal Rozelle fire bombing.

Greedy Khan was doing a classic efnic insurance fraud to fleece $225,000 from his insurance company.  Months earlier, a similar supermarket in Amy Street in Sydney’s south-west suburb of Regents Park was fire bombed at about 1.20am on Sunday, February 2.  Perhaps Khan heard about it and got ideas.  He lives only a suburb away in efnic Greenacre.

So late at night on September 4, instead of going home to Greenacre (south-west Sydney), police allege Khan spent the night laying out plastic petrol containers full of almost 39 litres of fuel throughout his Darling Street store, office and storeroom area. They were arranged together with wicks, lengths of material, several gas cylinders and a battery-powered ignition device.  It was a massive bomb set up.

Hours previously Khan had served Jude’s dad, John O’Brien, in the shop at about 9.30 pm. 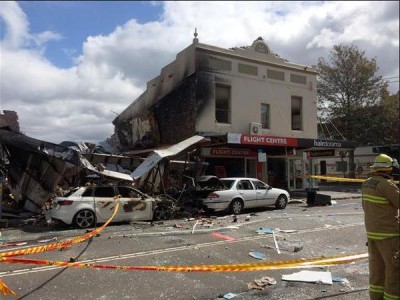 Police allege the device was set up as a means of creating an ­ignition or possible time delay for ­ignition. It is alleged Khan planned the fire because he owed money.

Khan can’t be too bright.  He only had owned the business since December (less than a year) and it wasn’t making much money.  Khan had unpaid bills that he had ignored.  He had received an electricity disconnection notice and his monthly rent of $8800 was due on the day of the blast.  He had changed the business name twice to try to avoid debts, and thought he could get away with fire bombing his store and claiming the insurance.  Khan then accidently injured himself lighting his own fire bombing, getting stuck under a fridge during the blaze.

While being rescued by paramedics he told them “I’m so sorry, I’m so sorry, I didn’t mean it, I’m so sorry.”   Then later in hospital he concocted a story about being robbed by three men at gunpoint, one who took thousands of dollars, ate food in the store and put him in the store room before drenching his shop in petrol.   Khan told police that after the robbers fled, he opened a door and the building exploded.

Police examined nearby CCTV footage which was different to Khan’s version of events, and then police found the items in the rubble that Khan had claimed had been stolen.    Convenience stores don’t randomly explode, and it was a bit odd to have several full gas cylinders stacked at the back of the store and the site reeking of petrol. 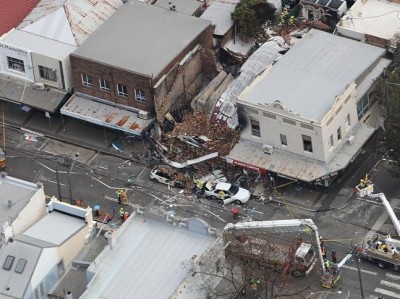 Former fire investigator Ross Brogan said the massive blast, which shattered windows up to 100m away, had parallels with other explosions where petrol had been used as an accelerant. 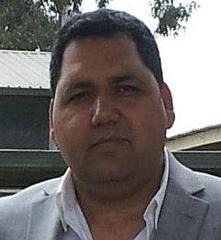 Muslims are notorious arsonists.  Just ask Sweden where Muslims commit weekly arson. Once you import these people, there is no end to the cost and volume of arson cases.
Muslims bankrupt countries with their illegalities, exploitation of welfare, fraudulent asylum entries, their legal demands, the requirement to keep security on them all year round.

Bosnian muslim import, Chris Kmet, of Sydney’s efnic south-west suburb of Burwood, was convicted in December 2013 for a car insurance fraud racket.   Kmet staged bingles of luxury cars to claim the insurance through his smash repair business B and T Collisions.

Kmet got greedy.  In just 11 months a Maserati Quattroporte was hit eight times by different vehicles, causing more than $260,000 of damage.   Another Maserati, a Granturismo, and a Mercedes SLK were also used in the alleged scam, which made a total of 18 claims totalling more than $500,000 from 11 insurance companies over a similar 12-month period.  Kmet was charged with 18 counts of fraud.

A year ago in Muslim saturated Manchester in the UK, Pakistani Rana Kamran set fire to his small Hafiz takeaway business and in the process seriously burnt his hands, arms and face with petrol.   Kamran lied about involvement, but his DNA was linked to his dumped jacket found by police.   He had accidentally set fire to himself and when he fled he took off his coat, hiding it in an alleyway behind the takeaway.  Remnants of a petrol canister were also recovered from the smouldering wreck.

Australians have had a friggen gutful of Muslims.