The hateful massacre of American civilians over the weekend was horribly tragic.

Nothing to do with stolen rainbow flags, but mix the following ingredients and there’ll continue to be frequent Orlandos:

So in Australia, Islamic hate cleric Farrokh Sekaleshfar who incited the Islamic Terrorist Attack on Orlando, arrived last Tuesday as a guest of the Imam Husain Islamic Centre in Earlwood, in inner-western Sydney. He is acting as a guest speaker for the Muslim diet month of ramadan. Deport the bastard yesterday!  Ban Islam as a barbaric cult from Australia. 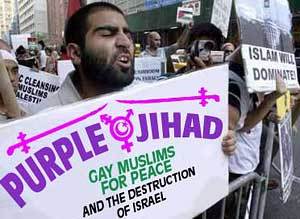 He’s part of that ‘diversity’ utopia espoused by The Left.  The Islamic terrorist reminds us that some cultural groups in the world simply do not accept homosexuality. You can’t unequivocally “celebrate diversity” — as the liberal bumper sticker urges — alongside homosexual rights, because some of the diverse people are intolerant of other diverse people.

Square pegs, round holes?   Assimilate?  Worldwide, majority-Muslim countries are overwhelmingly stridently anti-homosexual.  They murder homosexuals by throwing them off buildings.  It’s like trying to tame a crocodile as a pet around kids, until you turn your back.

The Islamic terrorist reminds us that first, second and third generation migrants carry cultural baggage, especially ones from Third World cultures so backward that fitting it ain’t never going to work, like Negroes in White America – more than 200 years after stolen as slaves, they still remain black sheep in a White Franchise – always will.

The Islamic terrorist machine guns a night club full of homosexuals in America. Yet, Islam and Islamic migrants should not be blamed (sic) as they are part of diversity and its brave new world.  Same in Australia. Extending the boundaries of diversity by broadening the fields of tolerance.

The diversity cult includes ethnic, sexual, religious and other forms of diversity. Then it crashes, because some players don’t recognize the others. 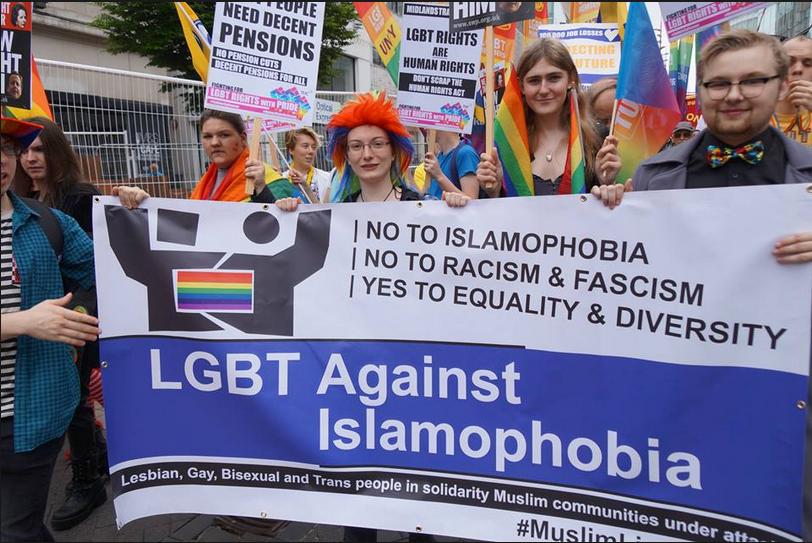 We’d pay the Left to try this on in Mecca

Who gives a shit about barbaric Islam and ramadan? Eat more pork!  Orlando is the home of The Festival of Bacon. 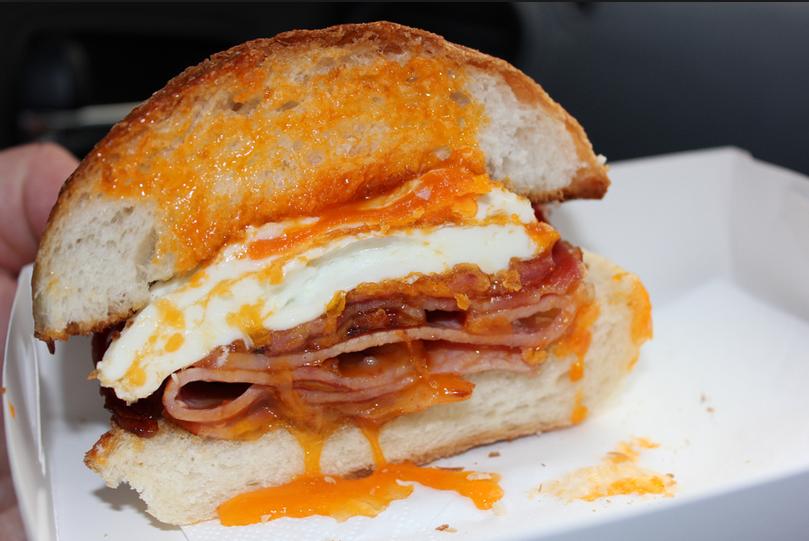 Have a Bacon and Egg Roll for Orlando The 15 Best Places for a Bacon in Orlando

Kelly L: Um bacon Wednesdays.. That’s all you need to know. And they have a badass staff and killer ever changing beer selection if craft cocktails aren’t your thing

Naseer Mohamed: Make sure to ask for the free bacon when you order a drink!

Dave Richard: Also on Wednesdays you get a bacon slice with every drink you get

Julie Stoops: Good French toast and very excited they have turkey bacon!! Pork is so nasty and few places have any alternative.

Ryan White: Add Cheese and bacon on The hash potatoes

Nick: Gotta try the hashbrowns with bacon and cheese ! Sinful !

Noelle Moeller: Lots of options! Try the bacon bourbon cocktail-tuna nachos are good and the buffalooo-shi.

Edward M: Bacon, Egg and Cheese on a bagel is AWESOME!!! Add a donut and coffee for breakfast bliss…

Michael Broom: If you’re a fan of the bacon, egg, and cheese breakfast sandwich, Bakery Plus makes the best in town….make sure to put it on their homemade extra soft bagel!

reid: Bacon, egg, and cheese on honey whole wheat is an awesome start to my workday. Try it!

LIS: Ask for the muffin with maple syroup and bacon?.

Karen Allebach: Spectacular! I loved the Fried Drums and Duck Salad; can’t wait to go back and try more items on the menu. The Sonoma Swindler is dangerously good.

Ryan Frazier: The croquettes and the bacon wrapped mushrooms are my favorites

Ashlyn Williams: Their happy hour tapas are delicious. One of my favorites when available is the BLT sliders

Vanessa Espinosa: Try the bacon and avocado omelette for breakfast or the spinach hummus and avocado wrap for lunch… They also have amazing soups… Great service too!

Theo Hollerbach: Home fries bacon avocado eggs sunny up is my recommendation no kidding honest truth they make better home fries than I do and I know my potatoes

Regina Klaers: One of the best deals in town. Wonderful staff – great service!

Jose Vieyra: The portions here are enough to feed three people. Or one extremely hungry person. Chicken and waffles are amazing. Mushroom skillet is amazing, even better with extra bacon and 3 sunny side up eggs.

Zulkeira R. Stefchak: HUGE portions, def share. Order chicken n bacon waffles, biscuits, the corn beef hash. Oh and cheesecake (not on menu). This is def Man VS Food and you will lose 🙂

DeQuan Shanks: Get the chicken and waffles, and be amazed at the large portion and…they put bacon in the waffles.

SBK: The Shrimp and Grits w/Jalapeño Sauce and Bacon is Mandatory every Friday Night

Jose Vieyra: The burgers are amazing. Choose one or all you can not go wrong. My personal favorite is the donut burger. Two glazed donuts as the buns and bacon, cheese and meat all cooked to perfection.

Khristina Myles: The service was too slow and the bacon was over-cooked. Also it seemed like we were bothering the waitress. The food was just okay. But it’s okay for a late night bite.

Garvin: bacon egg and cheese on the cabbatta bread ls great and the price is right.

♡☆Carmelle☆♡: You have to try the pick 2 combo..try the vegetable soup and smoked ham swiss cheese sandwiche with their special green tea..That green tea is the bomb.

Randy Cobb: My sunny side up eggs with home fries and bacon was delish…

Dave Richard: Biscuits and gravy the way they SHOULD be made… Get the bacon

Junior Harris: Best restaurant in Orlando! Filet mignon wrapped in bacon and Brazilian sausage are a must. Fancy for the ladies…..carnivore heaven for the men.

Rob Carucci: AMAZING food! Service was awesome, the salad bar is very fancy but very good. All you can eat meats! Free meal on your birthday. Sign up for their email newsletter to get a coupon.

Natalie ?: Get the nutella bacon croissant

Kate Toney: Get Le Bordeaux, toasted with chicken. So yummy. The croissants are to die for and so is the service.

Cielito Merriam: The quiches are amazing!