Andrews approved a request from his meek, ring-snatching Minister for Multicultural Affairs, Robin Scott (‘realjock’ portrait below), to specially invite muslims and so convert Australia Day into some multicultural event for foreigners. So what is the point? 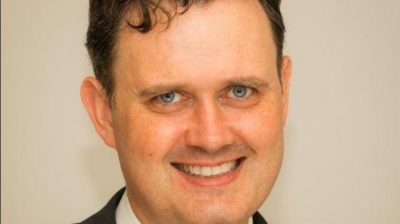 “Now be nice to our muzzies, you racist Melburnians” 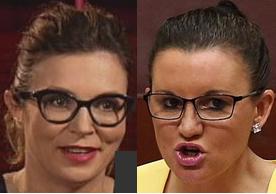 Dee Madigan quickly flipped the job to QMS Media, who designed and erected their electronic billboard at Cranbourne, in Melbourne’s south-east, showing muslim children encouraging a change in dress attire for Victorians attending Australian Day events in Docklands on January 26.

QMS Media is run by CEO Barclay Nettlefold, who has a record of disseminating government billboard propaganda in asian dictatorships of Indonesia, Thailand, Malaysia, Vietnam, Philippines, Singapore, China and Myanmar. 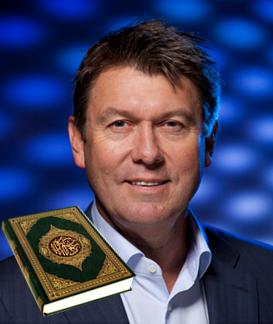 So for Nettlefold, Dan Andrew’s muslim appeasement contract was a cinch and electronically, easy money for jam.

And of course, middle chick Dee Madigan made a tidy profit from taxpayer money for playing her socially divisive role – all to get her free publicity plug on nationwide ABC news – publicity value $100,000+.  So who’s more corrupt? 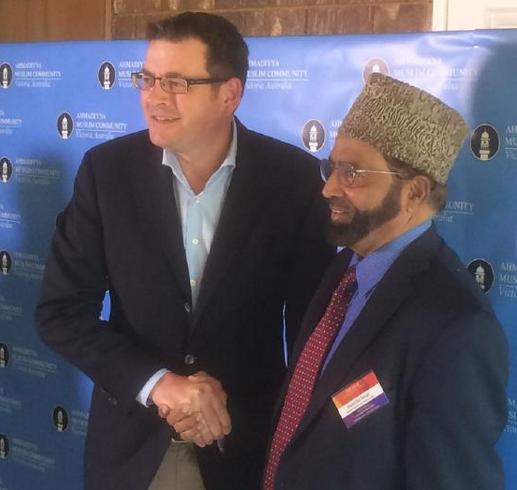 Dan Andrews sending the wrong message.  This traitor is a candidate for ‘Order of the Toad’

Here is QMS Media’s billboard position in a distracting location above the busy South Gippsland Highway as it passes through the City of Casey’s now well islamified muslim enclave.  This is the same flagged immigration zone that keeps demanding another bloody mosque be built.   So obviously, the billboard is targeting newly arrived (returned) islamics to be at Docklands..for whatever purpose they may have in mind.

Raghead Australia Day?  How anti-Australian or what?

But this billboard is just one of 12 across Victoria, strategically positioned near muzzie enclaves.  It is otherwise termed ‘”propaganda”.

And so the Labor Party’s message?  Well it’s open to interpretation because it is ambiguous. What message is it trying to say to motorists zooming under the billboard taking a distracting glimpse above for 3 seconds?  Australia Day is Muslim?

QMS propaganda billboards have only served to incite road rage by Australian drivers.  Someone should sue the idiots.  All the other 11 needs to be removed, else others may oblige.

Perhaps, islamic sharia law is to apply to Australia Day events in Melbourne: 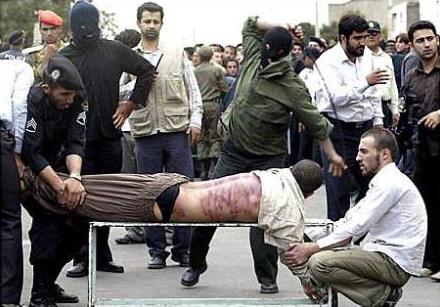 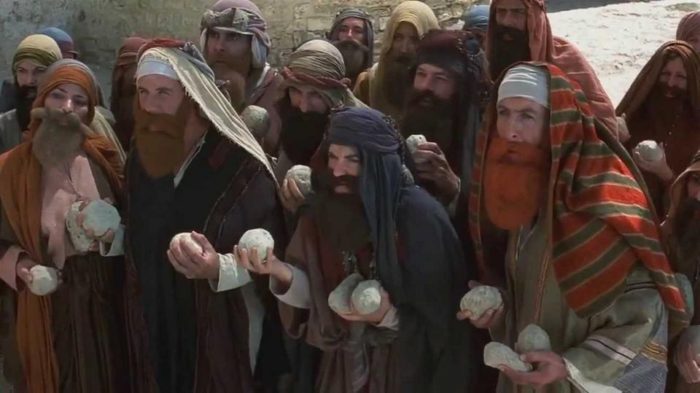 Stones and CDs purchased at the door.

QMS Media’s divisive billboard invites and notifies radical islamists across Melbourne of where Australians will be gathering on Australia Day for celebrations – at Docklands!  QMS Media’s billboard even lists the jihadi target events where Daniel Andrews wants thousands of Australians to crowd together: 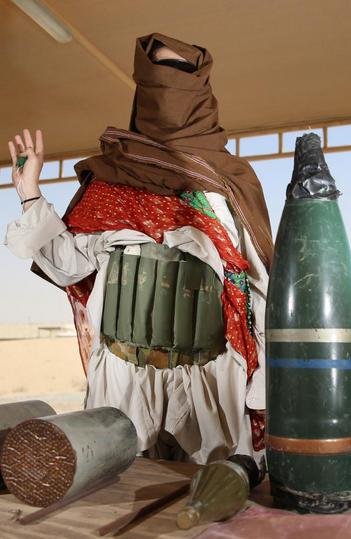 Diversity is about sharing the fun?

The festival sponsor Neil Taylor of the RACV must be desperate for membership, chasing muzzie drivers to sign up for roadside assist. 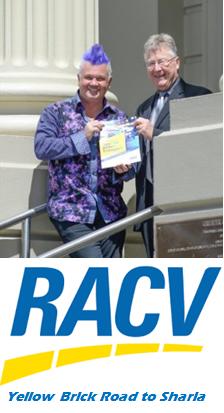 Victoria Police State Truppenführer, Herr Graham Ashton, has warned that any Australians attending Australia Day events at Docklands caught brandishing or wearing an Australian flag, caught in possession of Aussie paraphernalia, seen wearing thongs or carrying an Esky or stubbie shall be targeted by police dogs, searched and their identities recorded.

“This is to ensure the safety and fun for all new and returning muslims to the event.”

Victoria’s Minister for Multicultural Affairs, Robin Scott, says he wants to make Australia a multicultural event inclusive of all, where Diggers can for instance hug an islamic.  Scott is spending hundreds of thousands of taxpayer dollars on making Australia Day “inclusive”.

Last year Scott splurged $160,000 on “Wear It Purple Day” to encourage deviance across Melbourne and its various faggotry variables.  taxpayers money again this tome went to any project that supported lesbian, gay, bisexual, transgender, intersex or LGBTTQQFAGPEDOBDSM experimentation.  Many confused young people took up the hand out to promote their rights, health and wellbeing above and beyond Ordinary Australians.

As for Robin Scott’s perverted Oz Day at PC Docklands, Ordinary Australians are not impressed.  Instead, alternative celebratory events are being planned well away from Labor’s PC Docklands.

The beach sounds the way to go, especially with the hot weather of late.  Porks spit roasts will be competing with the traditional lamb. 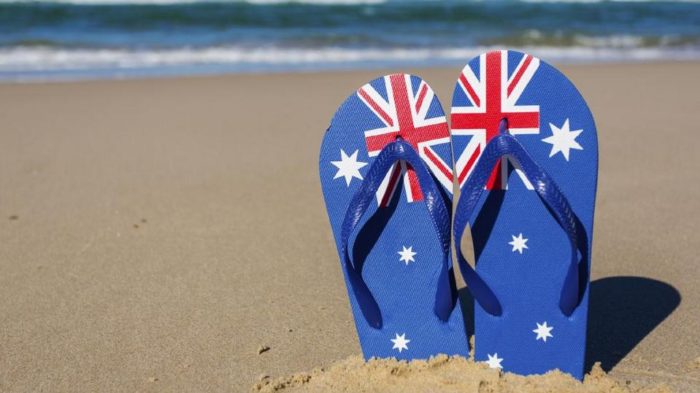 Another suggestion is staging a public islamophobia rainbow piñata. 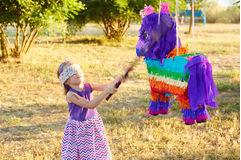 …perhaps a piñata in the effigy of Mohammed or of divisive Islamophobia Register president Mariam Veiszadeh? 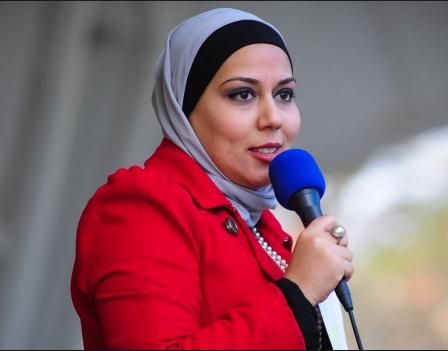 If you see this fat islamic, do not touch it but report it immediately to authorities.

The islamic billboards and Docklands festival has been challenged by Australia First Party, United Patriots Front and other patriotic and
concerned Australians. Aussies are best stay away. Run a mile from PC Docklands!  That way the only attendees will be anti-Australians. 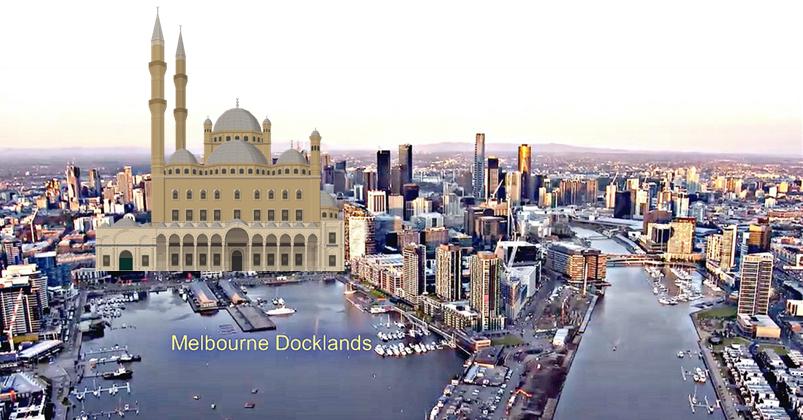 Watch Out, muzzies about!