Australia’s 225 Canberran federal politicians personally have $370 million invested in Australia’s property market.  And that’s a conservative estimate based on the assumption that each of their 561 declared properties is worth the average Australian dwelling price of $656,800.

Their 561 properties include primary and secondary homes, investment properties, holiday homes, commercial buildings and vacant undeveloped land owned by the MPs and their spouses – like Lucy Turnbull. 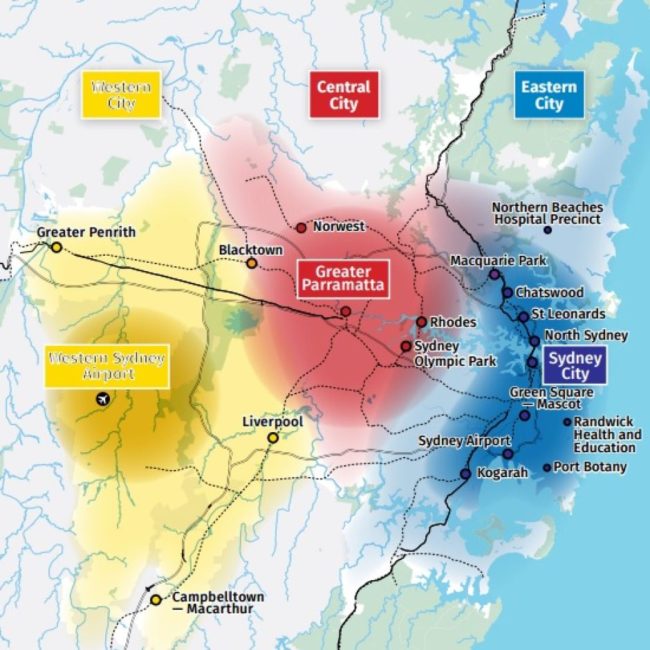 And at least 16 of the 22 members of shadow cabinet also own more than one property in their total of 51. Opposition Leader Bill Shorten owns just one home. His agriculture spokesman, Joel Fitzgibbon, owns five.

That means the 44 members of the two cabinets own 109 properties between them.

Fifty-three MPs or their spouses own property in Canberra, not including the four that live there permanently. Most charge taxpayers $273 a night to stay in those houses during parliamentary sitting weeks.

Sixty-seven MPs declare interest in only one property, leaving just 14 of Australia’s 226 federal MPs who do not declare any property ownership. It was asked of all 14 whether they truly do not own any property but only two – Liberal MP Trent Zimmerman and Nationals MP George Christensen – confirmed that was the case.

Christensen said he could not afford to get into the market when he was in his 20s and by the time he made it to Parliament prices in his home town of Mackay had skyrocketed, leaving him wary of investing.

“Now that Mackay prices have come down a bit I’m thinking of getting in but haven’t made up my mind yet,” the 38-year-old says.

At the other end of the spectrum are the high rollers: 18 MPs declare an interest of five or more properties. Again, it’s Coalition MPs who dominate, accounting for 14 of those 18 and nine of the top 10. 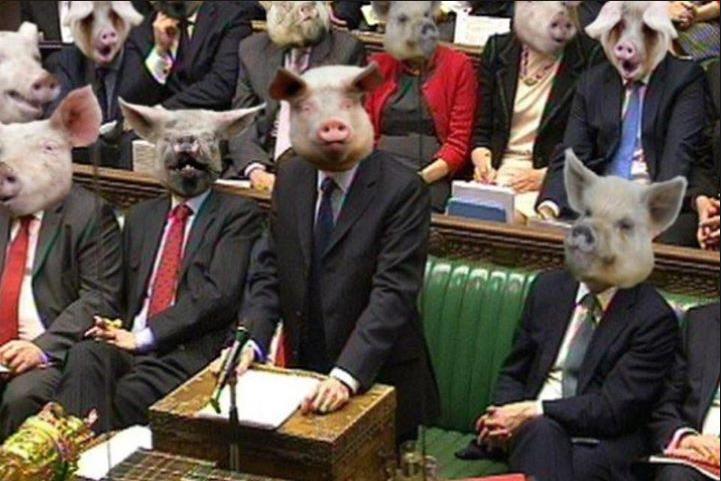 Nola Marino as chief government whip has instructing politicians not to disclose their self-interest.  “A reminder to members that they should not respond to any surveys”.

However some MPs are prepared to talk about their interests. West Australian Liberal Ian Goodenough ignored Marino’s edict to respond to questions about how to improve housing affordability. 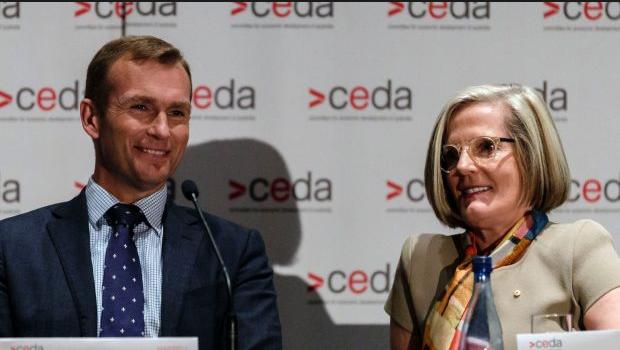 He also supports the idea floated by the Coalition recently of letting first home buyers tap into their superannuation, provided there are limits.

His other advice to people trying to get into the market? “Do not over-commit yourself by borrowing too much. Location is very important in terms of amenities such as services and transport. Always look for rezoning potential or proposed developments in the vicinity that will increase the future value of the property.”

Gillespie says he worked hard to build his portfolio. “I was a hard worker and a good saver. I did a decade or more of my life where I was working 60 or 70 or 80 or even 90 hours a week in the UK, in Australia, lots of weekend overtime,” he said recently.

“I got a base and I drilled my mortgage and then I was able to make investments.

“The first thing that I can recommend to anyone, if you do have a mortgage, is drill your mortgage. Get it out of the way and then you can make extra investments, whether it be to superannuation or to your non-superannuation investments.

“Don’t use your income to 100 per cent support your lifestyle. My grandmother always taught me keep your savings growing and that’s what I’ve been doing since I was a teenager.”

All sage advice. And there’s no doubt Gillespie did work very hard to build his 18-strong property portfolio.

Then again, he was fortunate enough to find work as a well-paid gastroenterologist on the relatively cheap NSW north coast – and get a firm foothold in the market years before the current crisis took hold. 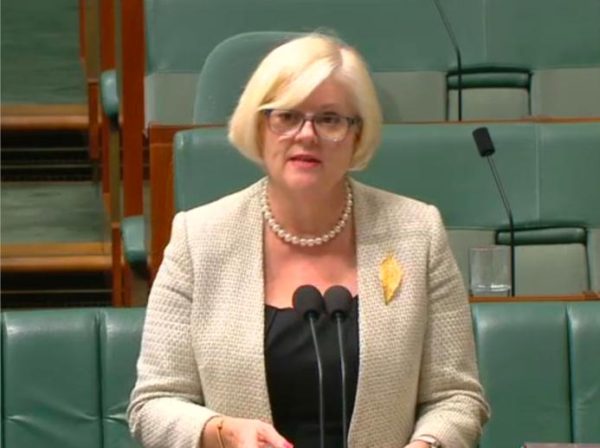 While half of MPs have at least one investment property, less than a quarter – 49 by our count – declare any rental income. So some MPs are either not very good at finding tenants, or not very good at following parliamentary disclosure rules.

Then again the rules are a toothless joke.

Independent MP Bob Katter simply refuses to detail his wife’s property interests, which are believed to be quite extensive.

“She does not provide me with this information – regards this as private news,” the maverick MP says on his register. He’s done it this way for years and no one has ever seriously challenged him on it. 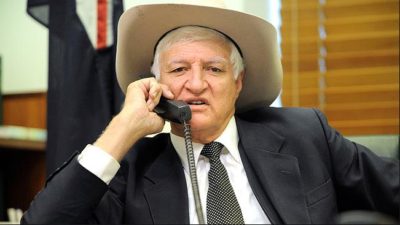 Others evade transparency with a little more subtlety – and that’s where those companies, trusts and  self-managed super funds come in.

While MPs are required to declare their company shareholdings, trusts and Self Managed Superannuation Funds they are not explicitly obliged to detail any of the investments made by those vehicles – allowing them to easily conceal property interests and therefore undermine the integrity of the entire pecuniary interest system. 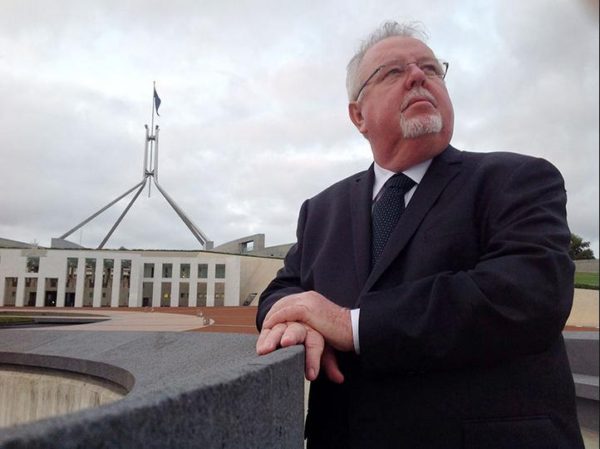 That makes him Napoleon of The Senate

Research by Fairfax Media earlier this month revealed politicians and their spouses are using family trusts more now than in any parliament before them, and at 10 times the rate of ordinary Australians.

Almost half of Coalition MPs or their immediate family members have an interest in a trust, and another 13 government MPs have self-managed superannuation funds or other investment vehicles. Labor MPs are much less trust-inclined, with 22 per cent of caucus declaring an interest in a trust.

Some MPs voluntarily disclose their trust or company holdings. But many do not, citing Department of Finance advice they don’t need to.
For example, Finance Minister Mathias Cormann has a stake in a vacant block of land in Kalgoorlie but you won’t find any direct mention of it in his register.

Cormann has not done anything untoward or broken any rules. But his case clearly demonstrates that the public does not get a complete picture of the parliament’s interests. In theory, an MP could have a stake in dozens of properties this way and we’d be none the wiser.

And then there’s what’s known as “form B”.

For reasons no one can adequately explain, senators don’t have to declare their spousal interests in the same way as lower house MPs. While a lower house MP is expected to make it all public, senators can put their spouse’s property on a separate form – “form B” – that is not made public.

Of the 14 MPs that don’t publicly declare any property, 10 are senators. One, the Coalition’s Zed Seselja, has confirmed that his home is declared on his wife’s form. Others, including frontbenchers Arthur Sinodinos and Kim Carr, were not so forthcoming, declining to answer questions.

“All of Senator Carr’s declarations have been made on the Senate’s register of interest,” Carr’s office said in a statement. Which could mean he has nothing to declare, but more likely means everything is on “form B”.

Clearly then, transparency needs to be improved. If politicians are going to make decisions on housing affordability – decisions that could affect the wealth and well-being of millions of Australians for generations to come – the public has a right to know how much skin they truly have in the property game. 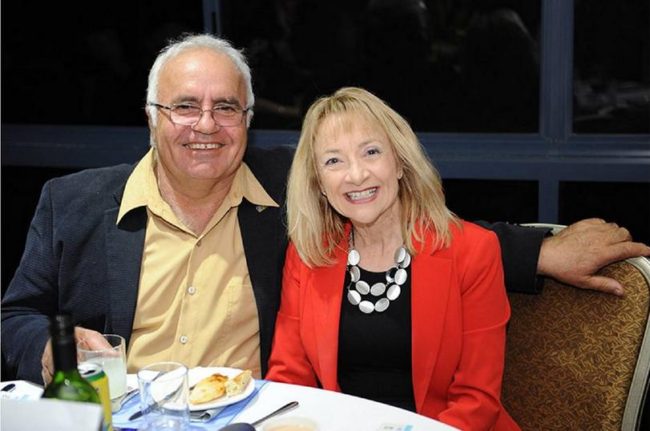