[We publish an article from the blogsite of the ‘United Nationalists Australia’, which has been taken off the Internet.  The blogsite had published an account of the Christchurch killings which exploded the statistics of the site.   One of its editors referred to this blog as “causing such a sensation that authorities compelled the website to be taken down.”

The censorship, or “soft repression of freedom of comment” as the President of Australia First Party described it, also had a flip side – the arrest of one of the blogsite’s editors on politically motivated charges.]

UNA’s editor-in-chief was yesterday arrested and charged by Newtown Police (inner Sydney) in what amounted to a joint-circus arranged and conducted by Nine Entertainment, or what was formerly Fairfax Media, following the publication of a controversial analysis of the Christchurch Mosque Shootings (in New Zealand). 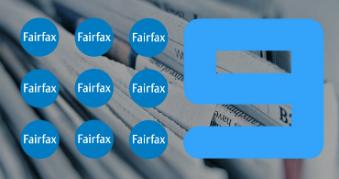 Our Ed was, only the day before, the subject of a one-sided propagandistic report by SMH, The Age and Nine, as part of a pre-arranged operation with NSW Police in what amounts to a choreographed production for the public. The article and his arrest came after UNA published a 15,000-word blog that scrupulously reviewed the media reportage of the Christchurch mosque shootings and anomalies surrounding events and the person charged, 28-year-old Australian man, Brenton Tarrant.

He was hauled-in at five in the morning despite having phoned Newtown Police the previous evening to announce his intention to attend the station and address the charges of his own free will the following day. This was understood by the officer to whom he spoke who promptly logged the call, but detectives chose to make a dramatic raid anyway, purely for theatrical reasons, on the laughable basis that our Ed posed a threat to the community; despite him having no criminal record.

Our editor, who has been variously misrepresented by the former Fairfax partisans, was taken into custody at Newtown Police Station by three detectives where he was formally charged with five serious counts of not being a progressive liberal.

Our Ed spent nearly ten hours in a glass box next to a screaming, tantrum-throwing junkie. He was actually feeling sorry for the custody police who put up with crap like that every day and offered to turn a blind eye in case they chose to quieten him down with a blast of CS spray, but his gesture was politely declined on procedural grounds.

Our Ed has been targeted by both the left and right for his unwavering commitment to Australian Nativist Nationalism. He offered police a written statement but refused to answer any questions; despite efforts by the interviewing detectives to extract from him self-incriminating verbal statements. Detectives declined to read or sign the written statement he provided but within five seconds of him being led back to the dock someone associated with their department was on the phone to Nine spilling everything.

In the course of questioning, our Ed alleged a conspiracy between Victoria Police, Fairfax (Nine), and NSW Police. He has very strong grounds to make such an allegation given the volume of evidence and material, ignored by both NSW and Victoria Police, which he is gagged from presenting.

He put it to Newtown Police that his arrest was directly connected to the Christchurch shootings and that Fairfax snaps its fingers and NSW Police obediently jump.

Our Ed maintains to the UNA audience that the shootings in Christchurch were carried out by a Parallax Patriot, possibly acting as part of a conspiracy or else a twisted loner with no connections to White Nationalist, or Australian Nationalist politics. However, his travel itinerary, which UNA was the first to raise questions over, presents the strong possibility he received training at any one of many possible locations, not excluding Israel, which has previously condemned NZ for its UN motion on Palestine.

Our Ed highlights that the alleged shooter, Brenton Tarrant also identified as an “anarchist, a libertarian and a communist” yet none of these groups is being politically targeted.

When mobbed by media following his release on strict bail conditions, our Ed responded as best he could by attempting to duck these grubby bottom-feeders but one feral reporter asked if he thought “hate” had contributed to the shooting and he replied, “You better ask the killer.”

The presence of both media and the hostile pack of Antifact (sic) indicates that Newtown Police had been in contact with Nine who obviously tipped off Antifascist Action, despite our Ed stipulating in his statement that to reveal certain information would almost certainly place him in danger.

Newtown Police previously ignored serious threats made by CFMMEU thug and Antifascist Action Sydney member David Gullis despite CCTV footage of him attempting criminal damage on his then residence. An absurd excuse was made by a magistrate at Newtown Local Court to prevent their asset from being issued with an AVO.

Also evidencing leaking to the media by someone at Newtown Police was the publication by SMH of bail conditions before Ed even knew them. Thereafter, the time of our Ed’s release from custody was also made known to media and their militant allies in Antifa so as to assure a welcoming committee. No provisions were made for our Ed’s safety as he was tossed out into a maze composed of ravenous unwashed and drug-crazed extremists. And that was just the press; his path leading straight into a waiting mob of Antifascists one of whom yelled out that our Ed was a “paedophile”. This is Antifa’s new tactic to incite an aggressive pack to round on their victim. Placing our Ed invidiously in this throng of zombies was the clear intention of Newtown Police. 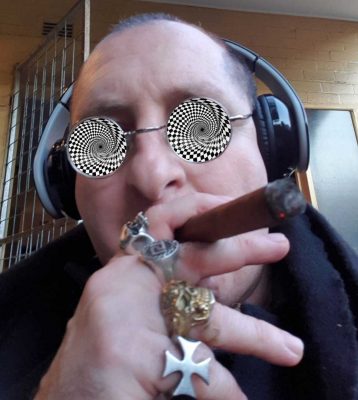 Unlike scenes out of Melbourne’s Bendigo Three hearings at Melbourne’ Magistrates Court where there was a buffer of support persons, our ED was all alone; just him and his enormous heart against the Trotsky Youth. Later, reports by Nine described our Ed as a “Neo-Nazi” and the Maltese cross silver ring he was wearing as a German Iron Cross just to add a little more six-million-Jews-gassed flavour to the mix.

The conspiracy is much larger, however, as Facebook deleted both the accounts belonging our Ed and one other Nationalist, hours before Nine released its sensationalist propaganda piece. Clearly, this was a coordinated operation and probably just one of many.

It is believed that while in custody detectives downloaded content from our Ed’s phone and supplied it to ASIO. In which case they’ll have all the proof they need that the only thing to fear is those in charge of combatting terrorism and extremism; like themselves. In the wake of Christchurch, security services are expanding their definitions of terrorism to include domestic political dissidents (who aren’t anarchists or belong to Antifa), which they’ve been itching to do ever since Nick Kaldas was top cop. It is a form of what AFP President Jim Saleam described as “soft repression“.

It seems that post-Christchurch, a narrative of an Australia coming together in tolerance and harmony is being peddled and folk devils created upon which to focus community hate. Ergo, they’ve made a folk devil out of our Ed.

This morning our blog was suspended, yet did not contain any “hate speech” or racial epithets but was timed after the publication of our Ed’s investigative piece on Brenton Tarrant, the alleged Christchurch mosque shooter. The article highlighted a series of disturbing irregularities surrounding the story.

Our Ed has vowed,

“I will be fighting these charges tooth, nail, and vertebrae, having already confounded them by not caving-in. Come hell or high water I will not be a sheep. The truth will win out. This whole thing is a stitch-up and the real culprits will be flayed alive in court. Bring it on, I say. Let’s rumble! The fat is in the fire and the swine will rue the day! I’ve already shown them my resolve but they want to go round-two. This is the biggest mistake they’ve made. I pity them.”