We produce an edited version of an item placed on the Australia First Open Group by our party president this morning:

As members of the party and other patriots are aware, Australia First expressed a particular solidarity with the Party For Freedom organisation, given that on July 26 its members were attacked by the same Antifa gang which later in the day appeared at our offices. Members of other extreme-left groups were also present in the action against the Freedom members.

We noted too that the Freedom people were denounced as “racists”, “fascists” and so on which served as the basis for the assaults and other criminal marxist and anarchist harassment of their particular protest.

It is a correct expression of united front tactics to defend their rights against those who would shut down freedom of expression. I conferred on July 26 with the Freedom leader on the Left violence. I would do so again.

However, another comment must be made. I was directed this morning to their Facebook page by a nationalist requesting clarification.

I could conclude but one thing. The Party For Freedom and its supporters clearly stand with the Zionists over the recent Gaza affair, asserting that only supporters of Islam oppose Israel’s actions; they suggest that only the Left is opposed to Israel and they support Zionist counter-action in other countries against anyone who criticises Israel. They denounce a number of parliamentarians who signed some watery petition for an end to Israel’s Gaza action – but seem to forget that most Australian parliamentarians are members of a parliamentary Israel support group! 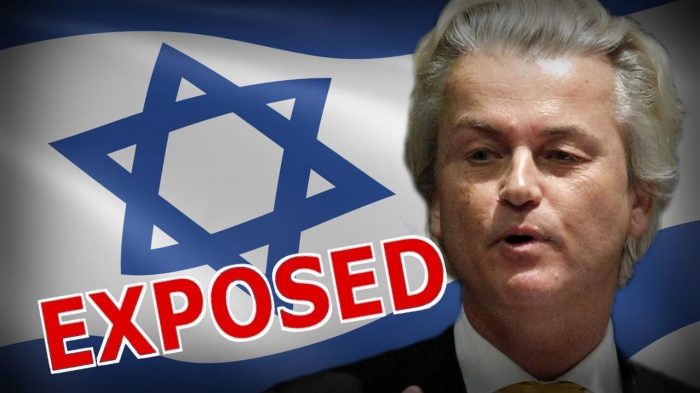 I note that someone there on Facebook exclaimed against ‘Australian’ (sic) Muslims who wanted to boycott the Sydney Morning Herald for sacking journalist Mike Carlton for criticising the Israeli violence in Gaza. Carlton also said that any journo who criticises Israel and Zionism won’t last long and will feel the “Israel lobby” come down on him. How true for Carlton that was. In other words, it’s wrong for the Muslims to to boycott the Sydney Morning Herald, but as has been clear over the last fortnight, quite okay for Jewish community leaders to threaten to do exactly the same – and call for Carlton’s sacking!

Australia First Party has the slogan Neither Islam Nor Israel’ in the Middle East ‘dispute’. We are neutral. BUT neutrality means radical neutrality.To have our country one day out of this mess with not a soldier and not a dollar expended on it, it is not only necessary to deal with Islamist supporters and other elements here – it is necessary to deal with the forces of Zionism.

The Freedom group took up its position because of its origins. We need not deal with that here. But if there are sincere patriotic people there at all, they must struggle towards the neutralist position, which is the balanced position. If they do not, then they serve as a satellite of a system which is very good at promoting a certain degree of ‘anti Islam’ feeling for its own purposes – like sending more troops to Iraq, money to Afghanistan, diplomatic support to Israel and so on. They would appear as just a ‘hard’ version of the system, the satellite role which operates to whip up an anti Islam consciousness and corral it within system needs and crack that whip to keep people focused on Islam while Zionism takes the field.

The nationalist road is the harder one. It’s the winning one.