Anyone surprised that the mainstream media intentionally skewed the reporting of yesterday’s Australian Pride Rally organised by the True Blue Crew, should yield their right to inhale oxygen.

Indeed, a striking image of a protester sporting a sandwich board emblazoned with the message, “FAKE NEWS: WHAT YOU SEE ON TV IS ALL LIES” wins the day’s award for the most ironic placard. It would prove to be an astute observation.

The Daily Mail, which is the absolute Crack Whore of tabloid garbage that masquerades as news in this conquered land, chose to report the event as if it was all along organised as an ‘anti-racist’ event. 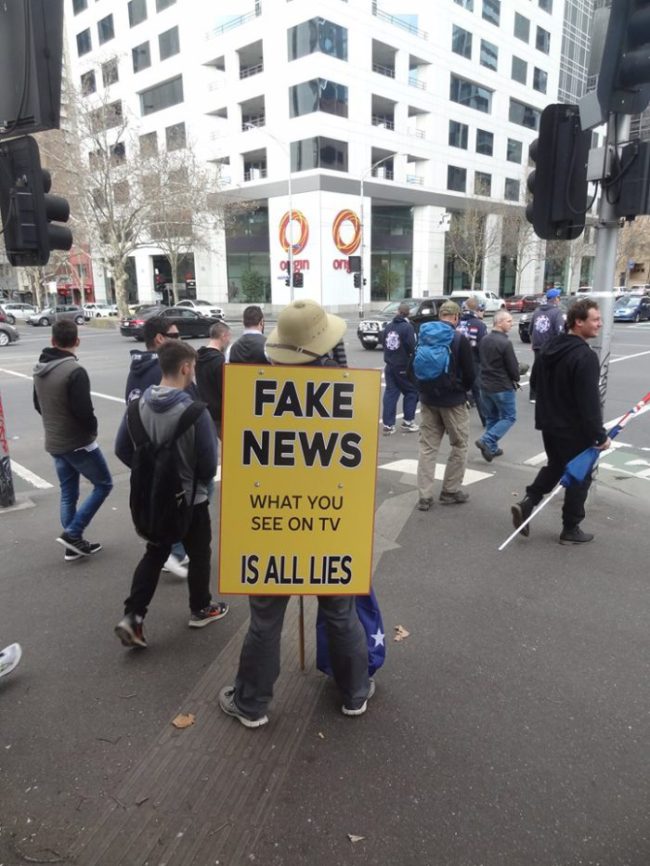 Was this lack of prescience on their part but another sorry example of their unfitness to inform the Australian public or was it a contrived policy to invalidate the sentiment of this and any other such event?

Despite two facts — that it was organised by Australian Patriots — and that the basis of the event was to demonstrate pride of oneself in their Australianness by parading with an Aussie flag — the snakes and hacks of the press still managed to misconstrue the non-signalling of any anti-group message by the organisers as ‘racist’. By that we mean it was not an ‘anti-Moslem’ march, or whatever they automatically assume it was billed as, but simply a defiance of a present convention that abhors any expression of pride in Australianness — if you are White.

And God forbid they should have actually researched and reported the facts without bias or prejudice!

The Daily Mail, which is the absolute crack whore of tabloid garbage that masquerades as news in this conquered land, chose to report the event as if it was all along organised as an ‘anti-racist’ event.

Yes, if you read it from the mainstream media’s point of view, the whole reason for anyone turning out yesterday was to publically exhibit their unwavering commitment to and fervour for the Cult of Diversity. They were there to oppose those antiquated racists who would dare to consider the Australian colours as anything but emblematic of minority oppression. The racist Patriots, of course, were the target of the day — not the focus — and the ‘protesters’ the heroes. 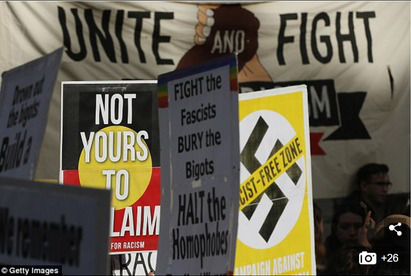 If the media says the rally was an anti-racist event, that must be what it was?

Anyone not criticising or demeaning the White Australian people — or expressing shame for imaginary crimes — is a deviant who has surrendered their right to their implied freedom of expression. It is an interesting observation from a medium-contact perspective that the organising of this event took place on Facebook, and a comment from a self-styled ‘anti-racist’ posting in the comments section of a thread dedicated to the Sunday rally highlighted who the genuine bigots are.

Yes, in the shaping of young hearts and minds in this country, the system has managed to churn out some of the worst class-cultural bigots in existence. Take a look at this post by Tim Sullivan who it appears is a New Zealander anyway: “It just looked like a bunch of poorly educated, low socio-economic (sic), tattooed bogans? I was just passing… not participating btw. But, what was the point of the demonstration? I don’t think the message was really conveyed effectively.”

Anti-racist Tim Sullivan is a practising social media bigot who hates poor uneducated people, White Australians, and anyone with ‘tatts’

Well, Tim Tims, despite the fact you followed a statement with a question mark, casting doubts on your own IQ as judged by your own rules, the point of the whole thing was just to be visible. Yes, in a country that is controlled by foreign interests, which favours and takes foreign money and facilitates programs that favour the benefactors of that filthy lucre, it is very hard for ordinary Australians to be noticed.

Their voice is howled down by home-grown ideological attack dogs like you who are raised and nurtured in the schools and academies of this system. These ‘bogans’ are being driven out of affordable housing, employment, and even their right to a voice in this globalised nation of ours.
And God forbid they should have actually researched and reported the facts without bias or prejudice!

On the one hand, the Left would champion the downtrodden, purely in the pursuit of their own political motives, but as United Nationalists Australia (UNA) tirelessly point out they are elitists. This Tim Sullivan, for all his affected casualness in the comments on that page has expressed contempt for anyone who has not been indoctrinated by tertiary education, who aren’t earning at least $100K a year, and who questions the dogma of Diversity. What’s more, he probably lives in an all-White neighbourhood. 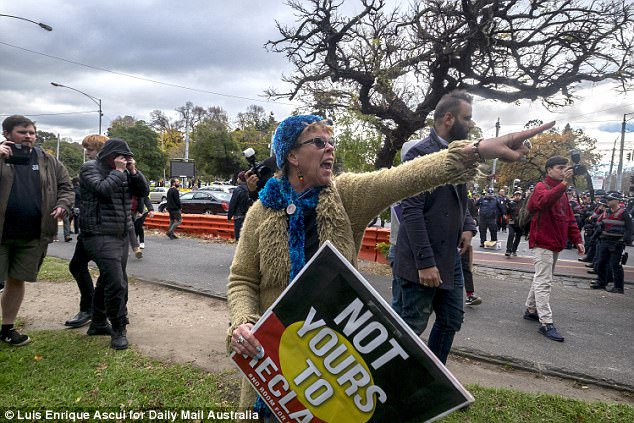 The message is that Australians are nothing, own nothing, and have no right to anything in this nation built by Aboriginals, Chinese, Africans and Middle Easterners to which Whites owe all their gratitude.

In fact, Timmy is the very reason that the True Blue Crew and their supporters were out there yesterday. It wasn’t Moslems, it wasn’t the Chinese buying up their future, or the African ‘refugees’ swarming through their neighbourhoods like tribes of berserk warriors, but people like Tim who create that environment which oppresses them.

By standing up proud in whom they are regardless of whether they’d ever been a school Dux, or are an Alumnus, or have swindled their way into the property market to stand atop a balcony crowing over the sweaty plebs below — they are making a very bold statement.
In fact, their statement is so bold it has to be completely misrepresented by the machinery of misinformation that underpins this crooked system that keeps us all in chains.

UNA will state here and now that before any confrontation happens with any group of outsiders in this nation the first battles will be Whites against Whites. It will be the likes of those with the fortitude to stand up, like those in Melbourne on Sunday, and internal enemies such as Timmy who have been mass-produced by successive globalist occupying governments.

In fact, their statement is so bold it has to be completely misrepresented by the machinery of misinformation that underpins this crooked system that keeps us all in chains.

No, the media was never concerned with accuracy in the reporting of Sunday’s march. If they were, they would have not made the very tourist make of presuming it was organised by Blair Cottrell of the United Patriots Front, which the DM did, or mistaking Kane Miller for Blair, which they also did.

This means, of course, that Blair has become the ‘Snowball’ of the Patriot movement and anything else. By this, we refer to George Orwell’s classic take on Stalin, Animal Farm.

In Orwell’s political parable of the twentieth century, the Stalinesque pig Napoleon usurps the ideologically-driven pig Snowball and thereafter any failure of his regime, anything that goes wrong, anything and everything is blamed on Snowball.

Heh, in that regards Blair has become like Jim Saleam. 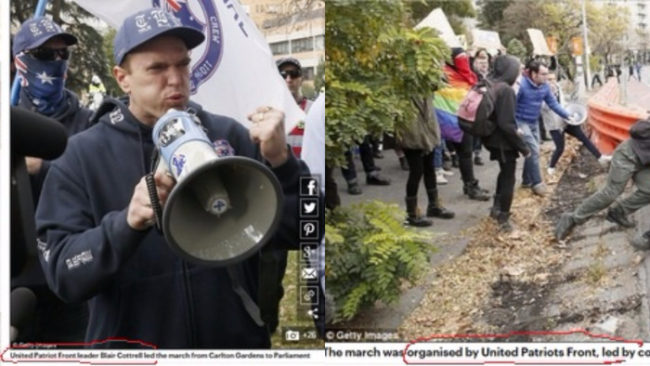 Yep, it was that pesky Blair all along… In fact, Blair was responsible for the Holocaust that killed six and a half zillion Jewish babies.