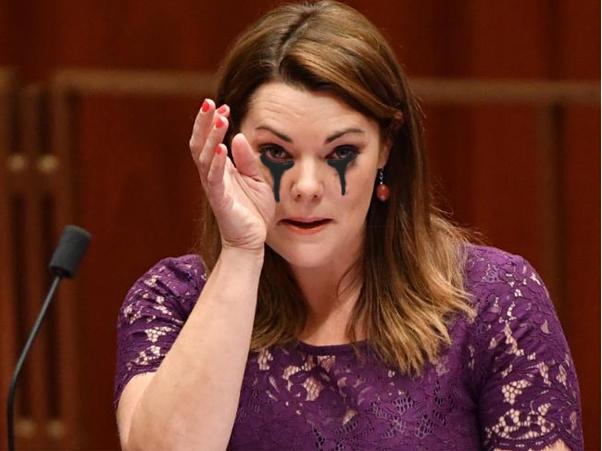 Sarah will tear jerk on cue – be it over illegal boat people denied Centrelink and Medicare carte blanche welfare, deviants denied deviance, or being caught out whale watching on holiday on the taxpayer purse. 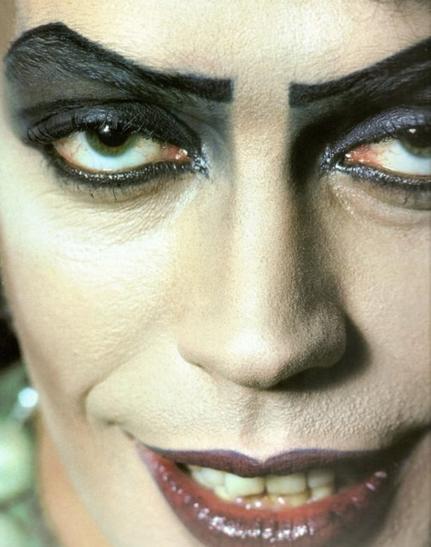 Liberal stooge Pauline Hanson still claims Sarah is no relation, telling her on SkyNews “You’re a nasty piece of work”.

Some reckon Sarah put on her Senate horror show as a tribute to Greens guru Bob Brown, who retired before his deviant time off to his Taswegian love shack, long before deviant marriage threatened to be legalized.

Others reckon she is still intimidated by the ziopatriots of Patriot Blue who have branded the anti-Australian senator as “public enemy No 2”, probably after Labor’s spokeswoman Bill Shorten. 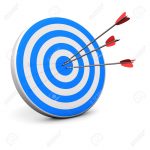 Ziopatriot Blue operating as a target for trouble

The Greens can sure froth and phlegm up at their leftard rallies, but can’t take any heckling themselves.

The Greens will always lose in Melbourne, especially if the likes of Sarah steps into a public bar – a normal one that is, not like them mirrored ones in the back streets of Richmond. 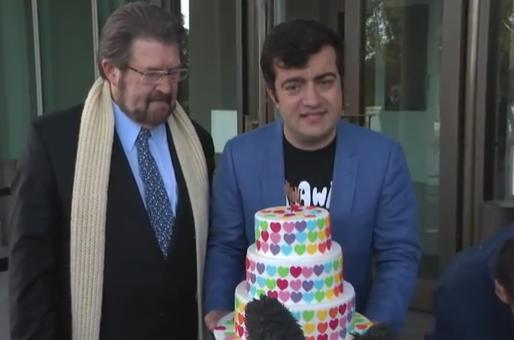 May be it was this:

Erikson ambushed Dastyari, an Iranian muslim: “You terrorist, you little monkey.  Look at this terrorist mate, why don’t you go back to Iran.”

Sambo responded, “You’re all racist rednecks, you follow me wherever I go.” 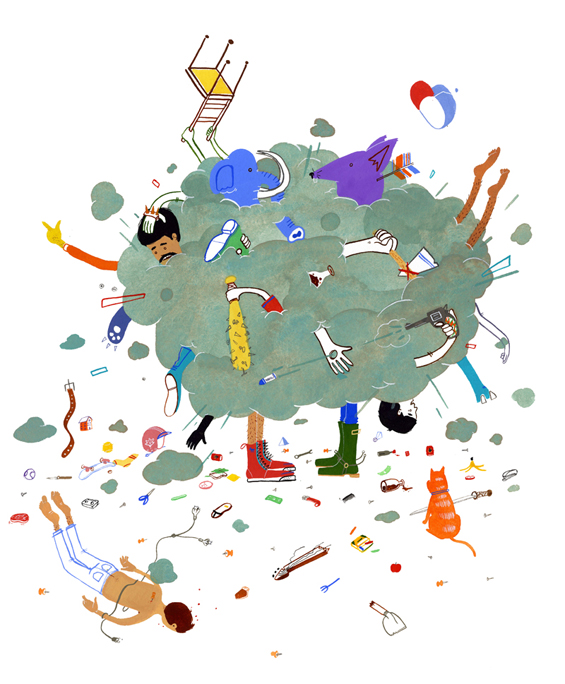 Not a nationalist in sight.

“Probably Sarah Hanson-Young will be our next target,’ Erikson later told the media.

Sarah is determined to have deviants on honeymoon bouncing Richmond and Darlinghurst bed springs by Christmas.  She couldn’t help her nasty leftard intimidation streak, warning any senators who attempt to change or delay the deviance bill would be “to their downfall and their peril”.  Is Sarah talking forced sedation? 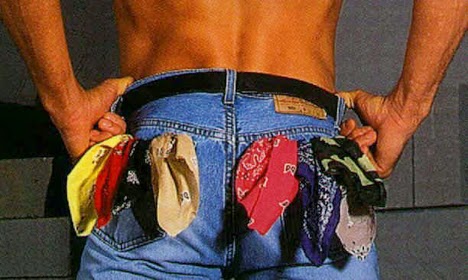 “Put you hands on your hips”

We await Erik catching up with Sarah soon in a Melbourne bar, then perhaps Derryn Hinch.