Back in August 2013, Australian baseball star Chris Lane (22) was on a scholarship at Oklahoma’s East Central University.  He was jogging along a residential street in the rural Oklahoma city of Duncan, when an African gang of teenagers drove pass opening fire murdering him just for kicks.

Lane was shot in the back just below his left shoulder.  The emergency 911 phone call played at last week’s four-day trial demonstrated how the gasping Lane, with both lungs punctured, two ribs broken and his aorta and pulmonary artery torn, died in agony in a ditch on the side of the road about 10 minutes later. 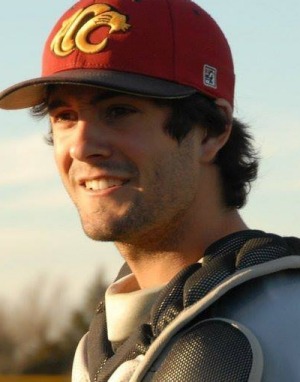 Defence lawyer for the murderer, African Chancey Luna (16) admitted in a US court that the African gang teenager shot Australian baseball player Chris Lane (22) dead in a premeditated drive-by shooting simply because Luna and his African gang hated Whites.  No other reason.

Luna’s gang member, African James Edwards had tweeted: “90% of white ppl are nasty. #HATE THEM.”  In another, he claimed he “knocked out 5 woods since Zimmerman court.” The word “woods” is also a derogatory term used to describe White Americans.

It took just one hour for the jury of seven men and five women on Friday to find 17-year-old Luna guilty of the 22-year-old Lane’s first-degree murder.

They used to lynch blacks in America. Oklahoma remains a death penalty state.

But last week, District Court Judge Ken Graham sentenced Luna to prison for the term of his natural life without the prospect of parole.  So the African teenager, Chancey Luna, who murdered our Australian rising star baseballer just for kicks, is to serve the rest of his life in an Oklahoma prison in the US.  Luna didn’t get death because he was a still a juvenile in 2013.   Luna will die in prison.

There is no love lost between the races in America.  That is why gun ownership is out of control.  White Americans cannot trust their government or the authorities to protect them, so many carry guns.  So too do the Africans and Hispanics, etc.

White America is having a private civil war with these non Americans, thanks to Obama’s mass immigration policies.

America would better off without Africans and Hispanics, full stop.  They should all be repatriated back to their foreign homelands.  African repatriation should have been done by President Abraham Lincoln when he ended slavery after the Civil War (1861-65).  Abraham Lincoln was thinking of sending blacks back to Africa after they were freed. He thought Blacks and Whites could not live together peacefully in the same society if they were both free and equal. Whites saw free Blacks as troublemakers. Slave owners favoured the creation of Liberia as a place to send them.

It would have been a win-win-win – an end to the war, no slavery and the Africans sent home, back to whence they were stolen from.

Birds of a feather flock together..

It was not just Whites who have pushed this idea. Black nationalists too, like Marcus Garvey, have wanted to set up a separate black nation back in Africa proper.

Even today many Whites consider Blacks as a drain on society: America has sent millions of blacks to prison in unheard-of numbers while spending billions in taxes to support a pathological black underclass.  Blacks a fleecing the wealth of American society.

What would America be like without Blacks?  America would genuinely have become the land of opportunity for European descendants of its hardworking White forefathers, a true land of the free and a prosperous cohesive nation.

Instead, America is dragged down by foreign barbarian gang cultures of Africans, Hispanics, Asians and Pacific Islanders.

Those who identified only as Black African (Negro) in America make up 13% of the U.S. population, totalling over 41 million and growing, because they breed fast. The U.S. Census Bureau projects that by the year 2060 there will be 74 million Africans in America, making up 17% of the total U.S. population.

But there are more Hispanics – some 54 million. They already represent 17% of the population in America.  By 2060, Hispanics are expected to double to 120 million.  By 2060, the total population of the United States is expected to increase by 2 million a year from 319 million (2014) to 417 million.
There are 11 million undocumented (illegal) immigrants living in the United States, mostly Hispanic, border running over the Mexico- U.S. border from Latino Central America. 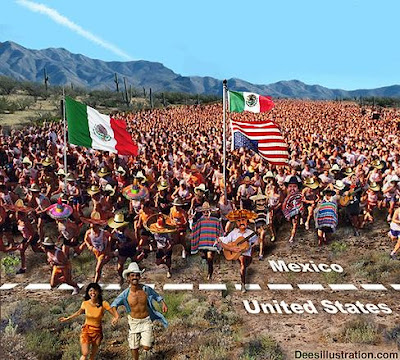 “I like to be in America, Okay by me in America, Everything free in America”
So what does U.S. President Obama do?  He has fueled the problem. Himself being a Kenyan African, in November 2014 he unilaterally declared a series of presidential executive orders to grant asylum to 5 million undocumented persons in the U.S., thus protecting them from deportation.  It’s a classic wrong for illegal migrants stealing jobs to be rewarded with a right to those jobs and with U.S. citizenship.
Obama has set a bad precedent. Obama has recklessly given up on addressing this the greatest problem threatening the social fabric of American civil society – unarmed invasion. The remaining 7 million and their kind will now follow.

US Congressman and House Judiciary Committee Chairman Bob Goodlatte protested, “The president’s decision to recklessly forge ahead with a plan to unilaterally change our immigration laws ignores the will of the American people and flouts the Constitution.”

In fiscal 2014, ICE released 2,457 convicted criminal aliens due to the Supreme Court’s Zadvydas ruling, and, 1,107 such aliens in fiscal 2015 as of May 9. Most of these aliens are nationals of one of 12 countries – with nearly a third of them (1,183) coming from Cuba, according to the senators’ letter.

Executive director of the Center for Immigration Studies, Mark Krikorian, has taken the Obama administration to task on the issue, stating: “Just to be clear, these were convicted criminals, in ICE custody (U.S. Immigration and Customs Enforcement), who had been ordered deported but were instead released back into U.S. communities, and then went on to murder Americans,” Krikorian wrote. “Most were released simply because the administration didn’t want to detain them. Only for two dozen does the administration have any excuse at all, saying that they had to be released because their home countries wouldn’t take them back.”

A list of 12 “recalcitrant countries” fail to cooperate with U.S. efforts to repatriate criminal aliens.  The worst offender is Cuba, according to the senators’ letter, followed by Vietnam, Laos, Jamaica and Mexico.

“Each of these twelve countries had a national who was convicted of homicide in the U.S. but was nevertheless released from ICE custody in FY 2013, due to Zadvydas,” the letter states. “For each of the twelve countries listed, please describe the specific steps you have taken to incentivize cooperation with ICE removal efforts.”

And there are new concerns about the possibility of violent crimes being committed by the nearly 30,000 illegal Cuban immigrants who are walking U.S. streets with criminal records.   With thousands of Cubans already in the U.S. illegally, the senators appear worried that Obama’s burgeoning friendly relations with communist dictator Raul Castro could result in a policy of amnesty toward Cuban illegals in the U.S.

“Cuba is perpetually on ICE’s list of recalcitrant countries because it refuses to take back people who are not identified in the repatriation agreement negotiated between the U.S. and Cuba in 1984. As a result of this policy, it is my understanding there are over 30,000 Cuban nationals, including many criminals, with final orders of removal who are freely walking the streets of the United States. In the ongoing talks between the U.S. and Cuba, does the administration plan to make repatriation of all of those 30,000+ Cuban nationals, and not just some subset of that group, a condition precedent of granting diplomatic recognition to Cuba? If not, why not?”

Grassley, chairman of the Judiciary Committee, and Sessions, chairman of the Immigration and the National Interest Subcommittee, are asking Lynch, Kerry and Johnson to detail “what actions will be taken to save American lives from preventable murders committed by individuals who should have been deported. Countless innocent Americans every year are the victims of crime perpetrated by deportable criminals.”

They recommended that foreign aid be withheld from countries that do not cooperate with deportation proceedings for criminals.

Africans are rioting in Ferguson and Baltimore, as blacks and police are polarized on opposing sides. 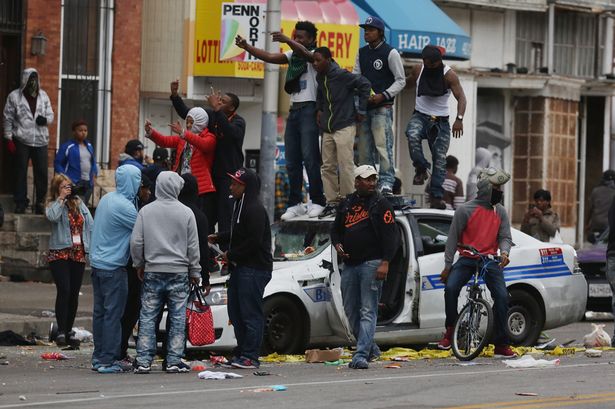 Some White Americans are taking the law into their own hands.  Gun ownership is on the rise again. There are a record number of hand guns in the U.S., now the same number as U.S. citizens.  As White America is set to become overrun into a minority by 2043, is America careening towards a new kind of civil war? 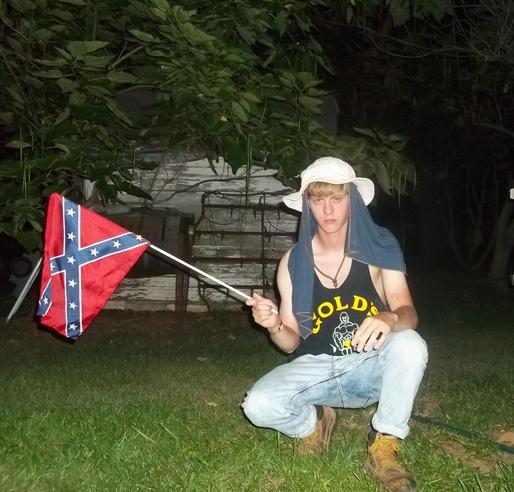 Racial violence in America is set to worsen