Australian capital cities have become unlivable to Ordinary Australians who grew up in a time when Aussie was Aussie, with the odd Chinese takeaway.

The Bureau of Statistics reckons a third of the population in Australia in 2017 are foreign.  Another 20% are the offspring of foreigners and Canberra’s policy is to encourage and fund them all to keep their foreign cultures here and reject Australian culture.  It’s that leftist globalist ideolology euphemistically called multiculturalism.

So entire suburbs in Melbourne Sydney and Brisbane are only Chinese or only Lebanese or only Pacific lslander.  While Arabs and Asians have swamped Melbourne and Sydney, they claim Brisbane is the Kiwi capital of Australia.  But the statistics deceive.  They’re not real Kiwis, but Pacific Islanders transiting through NZ grabbing a Kiwi passport to get into Australia.  They’re just island hoppers for da Aussie welfare like the Sri Lankan boat people. And they bring their Third World ignorance, gangs, attitude and crime.

While China (30,000) and India (24,770) are clearly the biggest sources of migrants to Australia, in 2014–15 the five new rich countries of Asia contributed 38,800 between them, more than either of Asia’s two giants.  Singapore has suddenly jumped to third place in our migration numbers, followed by Japan (fifth), South Korea (sixth), Taiwan (ninth) and Hong Kong (eleventh).

The odd ethnic takeaway has morphed into ethnic streets here to stay.  Aussie have been pushed out, many from their ancestral homes and communities going back six or even eight generations.  It’s akin to da Negro expulsion of Whites in South African under the ANC and big black man Jacob Zuma.

And in Canberra the immigration policy is the same under the big four parties:

They all are committed to economic growth by mass immigration – 300,000 newbie ethnics piling in year on year. 83% settle in the capital cities according to the 2016 Census – to be near their preceding migrant kin – same imported language, culture, religion, food, welfare. 8% are Chinese and 7% are Indian or some brown variant.  There are half a million muslims and they have litters. 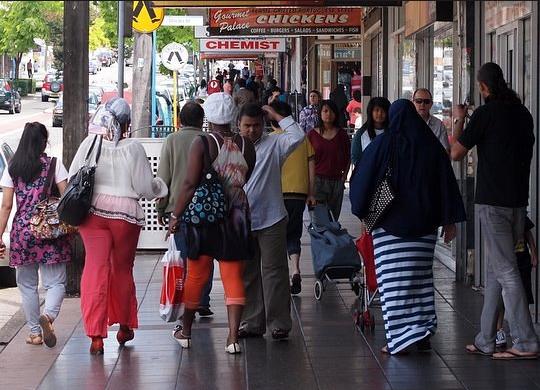 It may as well be Canberra’s joint Shanghai, Lagos or Beirut vision for Australia’s capital cities and it is very ugly and divisive.  The home ownership right has been trashed.  The suburban backyard is critically endangered.  Quiet amenity has been supplanted by high density stress.  Freehold detached has been replaced by strata title serfdom.  Parks and gardens have been infilled by pop-up apartment blocks.  Kids are suffering mental health issues and obesity is at epidemic proportions.

Road rage is a daily occurrence such that the latest Christmas present fad is to buy a Dash Cam.  In Australia’s car jacking capital Melbourne, self-defence class enrolments are soaring.

Now Aussies have become a minority in their own neighbourhoods.  The children can no longer afford to live near their parents and frankly now who would want to with all the Asians, Arabs, Islanders and now even home invading Africans.  ‘Spot The Aussie‘ is no longer a game; it’s scarily real.

So for Ordinary Australian under siege of migrant congestion, overcrowding, stealing their jobs, child care places, school places, outbidding them at property auctions, outbidding the at rent auctions, even stealing their parking spots and with governments favouring the ethnic over-ruling True Blue Australian rights in everything – enough is enough! 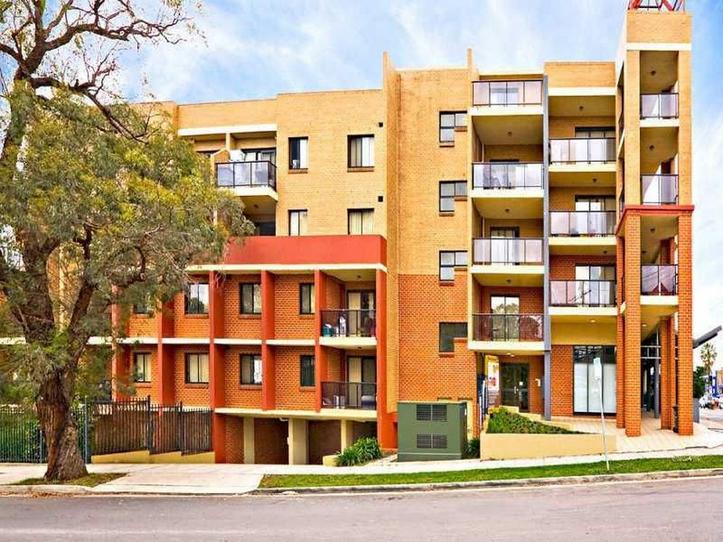 City life has become shit from what Australians once knew – ethnics taking over everywhere, the ethnic crime wave, else all the deviants in ya face and Federation family homes bulldozed for matchbox high rise with a skyline emulating shipping container depots.

The Aussie ‘sea change’ and ‘tree change’ socio-demographic phenomena have merged into ‘city escape’ – GET OUT!

Use the equity and sell up and move out. 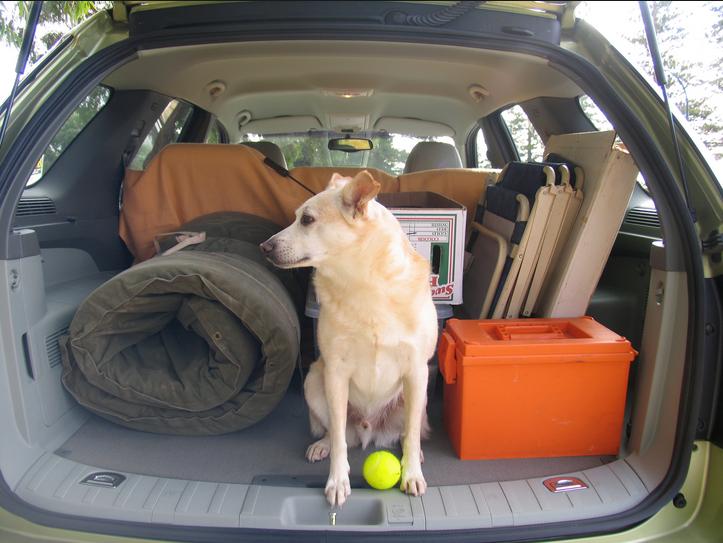 Echuca.  This ‘ll do!  An Aussie cultural bastion – not an ethnic, mosque or deviant in sight.