At 11am today, Friday April 15, 2016, our Royal Australian Navy escorted a Japanese submarine and two of their destroyers through our Sydney Harbour heads.

What a bloody disgrace!  What an despicable insult to the thousands of Australian Diggers, Sailors and Airmen who fought for Australia in World War II against the Japs to defend Australia!   Many of our serving men and women were slaughtered, tortured and massacred as POWs at the hands of the murderous Japs.  Some veterans of that war will still be alive, and indeed live in Sydney. 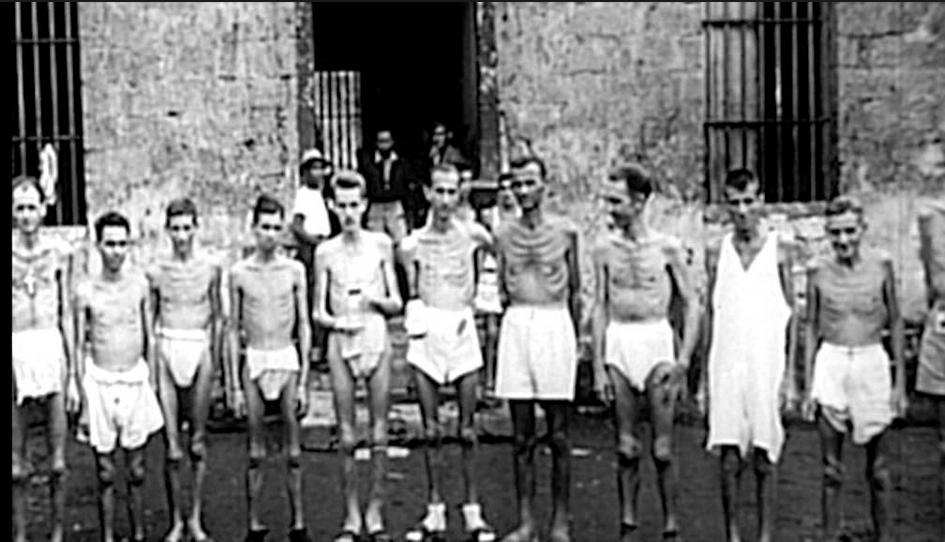 Last time a Jap sub was in Sydney Harbour was in 1942 when one of three midget subs torpedoed our shipping killing 21 sailors (19 Royal Australian Navy and 2 Royal Navy).

And today we let the Jap sub just cruise in flying the Japanese Rising Sun war flag.  Bloody disgrace!   Did Vice Admiral Tim Barrett toast sake with the Jap captain and lick his arse as well?  How dishonourable and dysfunctional can our ADF get? 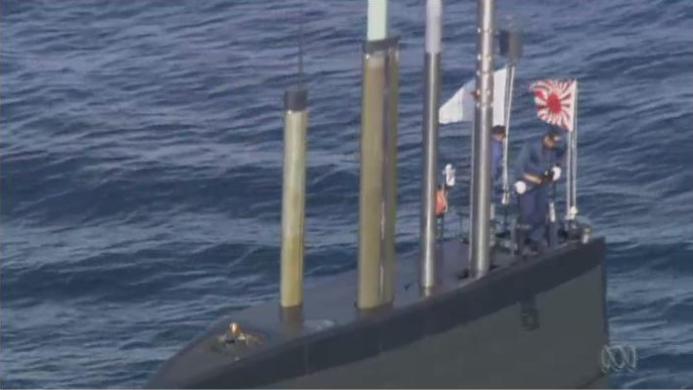 Whose flag are we defending?

Today is a dishonorable day in Australia’s naval history.  Many veterans and their descendants will be disgusted. Have we no sense and respect for history?  Do we teach Australian History anymore? No pride to improve our own Collins Class in Adelaide?

Our Army buys German Leopard tanks in 1976 and Austrian Steyr assault rifles in 2009.  Now ponce PM Turnbull is commit our Navy to a dozen Japanese Soryu-class (blue dragon) subs costing $60 billion.  Have we no pride?

To the 21 sailors aboard the stone frigate HMAS Kuttabul killed by one of the Japs’ midget submarines at half past midnight on June 1, 1942… 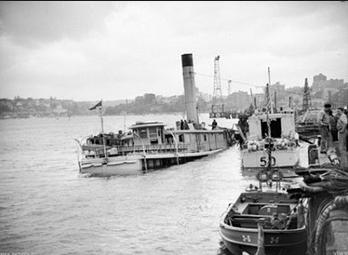 The Jap blue dragon (Soryu) subs are jinxed.  Today is a Friday.  In sailing folklore this is ‘dies infaustus’, Latin for bad luck.  The Japs by flying a war flag through Sydney Heads, well they crossed a line.  Same day back in Japan in Kumamoto, an earthquake struck like a bomb, so far killing nine. 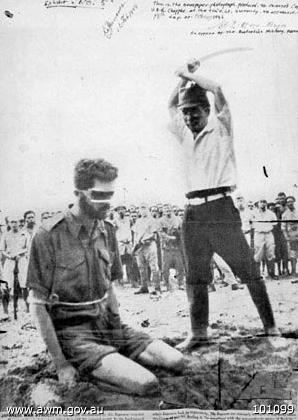 Aitape, New Guinea, 1943. An Australian soldier, Sgt Leonard Siffleet, about to be beheaded with a katana sword.