Out of respect for our grandparents who suffered at the hands of the Japs. In a nutshell, the French First World subs are superior, meeting all of our capability requirements and the French can be trusted.  Japs still can’t be.

The last time a Jap sub was in Sydney Harbour, one of three midget submarines attacked us on May 31, 1942, torpedoing and sinking HMAS Kuttabul a depot ship docked at Garden Island, killing 21 Commonwealth naval personnel aboard.

A composite of two that entered the harbour are on display at the Australian War Memorial in Canberra.  Every Australian has a civic duty to pay homage to our national memorial, to show respect for our forebears who fought, sacrificed and died to keep Australia free.  Allow a good day to properly experience it.

A key reason why Australia rejected Japans bid is that in September 2014, Liberal PM Tony Abbott was shafted.  Japan solely relied on the close relationship between Japanese Prime Minister Shinzo Abe and former Australian Prime Minister Tony Abbott, who purportedly promised Tokyo a sweetheart deal in which the submarines would be domestically constructed in Japan in order to bolster the Australia-Japan strategic relationship.  Once Abbott was ousted, Japan reverted to being merely one of three bidders and no longer received political support bias.

Abbott had an odd affection for the Jap, calling Abe his “best friend in Asia“.  Abbott then became an apologist for Jap war criminals in front of PM Abe in our own parliament in an official address to the Australian people.  What a disgrace!  So for that reason alone Abbott deserved to be shafted.  Both Abbott and Abe each display a warped penchant to prostitute our war history.

Another reason is that the French subs are better in every way and the French have a better record in not only building and maintaining world-class subs, but they don’t have a record of war atrocities like the Japs have with our veterans.

Abe can reflect on his nation’s failure to acknowledge its mass killing and torture criminal record across East Asian nations and the Pacific.

The Japs have removed references to their war atrocities from history books taught in Japanese classrooms: 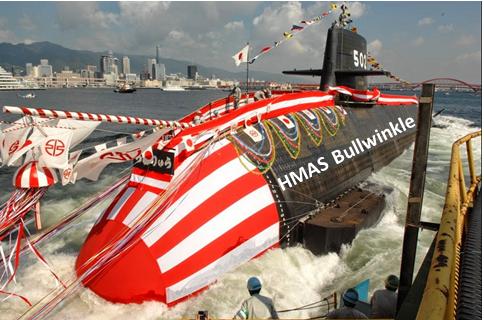 How could our Navy ‘serve Australia with Pride’ about a Jap bloody sub?

Another reason is that arrogant Abe’s ongoing honouring of Jap murderers at the Yasukuni Shrine and his personal desire to abandon post war pacifism for a return to imperial aggression.

Why should Australia engage Mitsubishi Heavy Industries that was to build the Soryu subs in Japan, when on February 5, 2008 the same company at Adelaide’s Tonsley Park abandoned Australian automotive manufacturing?  South Australia is now facing de-industrialization with the state’s last auto plant to be shut down at the end of 2016.

Japan has snubbed Australians more than once, so why give the shifty eyed bastards another chance?

Another reason is that us buying Jap subs would have pissed off China unnecessarily.  Chinese have long memories.  Japan has never apologise for its systematic rape of East Asian women, particularly from China, that the Jap military dismissed as ‘comfort women’.

Also, Japan is Third World and bureaucratic and lacks experience in selling its military hardware including transferring sensitive defense technology to another country.

The Japanese didn’t even attend our conference for the Future Submarines Programme in March, failing to understand the importance of the crucial lobbying event and leaving the field to their German and French rivals.  Companies complained Tokyo was unwilling to discuss substantive deals.

Having only ever sold arms to Japan’s military because of a decades-old ban on exports that Abe lifted in 2014, neither Japanese company had any Australian military industrial partners.  And unlike France and Germany which quickly committed to building the submarines in Australia, Japan initially only said it would follow the bidding rules, which required building in Australia as just one of three options.

“The Japanese had been invited in on a handshake deal and were left trying to compete in an international competition having no experience in doing such a thing,” an Australian defense industry source said.

Then Japan’s belated attempt to engage with potential local suppliers at a follow-up event in August 2015 went badly.

In a last-ditch attempt to woo Australia, Japan sent one of its Soryu-class submarines to Sydney this month. 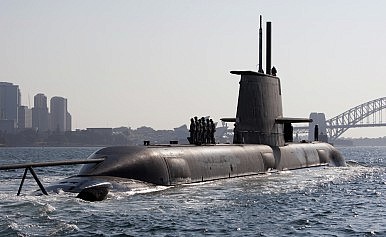 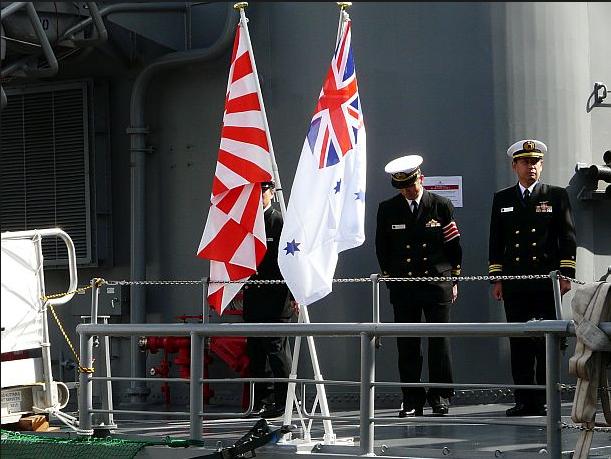 At home in Australia, the ADF was increasingly concerned about Japanese Third World culture and its arrogant pride, and that his would lead to a work culture clash that could have seriously undermined collaboration on the entire project.  If an Australian’s father or uncle or grandfather had been murdered or tortured by the Japs in World War II, what sort of Australian would work alongside a nip? 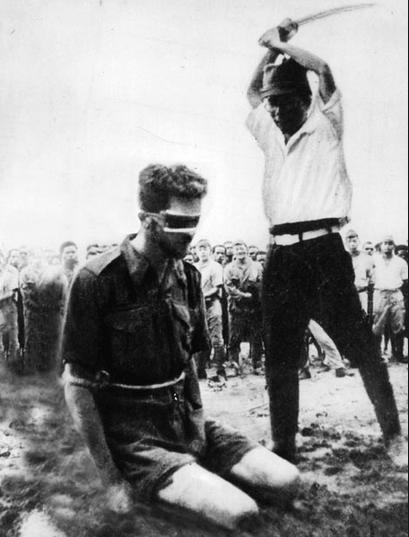 Lest We Forget what the Japs did to our Diggers!

So as Japan’s rising sun flag-flying Soryu demo sub sailed back to Japan on April 26, 2015 with its tail between its legs (and regrettably no pot shot taken at it as it passed through the heads), Australian PM Malcolm Turnbull announced the deal had gone to France’s DCNS.

Turnbull said that the 12 submarines in their entirety (save some specialized parts) will be built in Adelaide, the capital city of South Australia and home base of the Australian Submarine Corporation (ASC), creating more than 2,800 Aussie jobs over the long-term. “Australian built, Australian jobs, Australian steel, here right where we stand,” he emphasized.

The day prior on ANZAC Day, French Minister of Defence and Veterans Affairs, Jean-Yves Le Drian attended an ANZAC Day service for Australia’s and New Zealand’s war dead on The Somme in northwestern France.  In 2015, he was in Albany WA, commemorating our ANZAC legacy there. 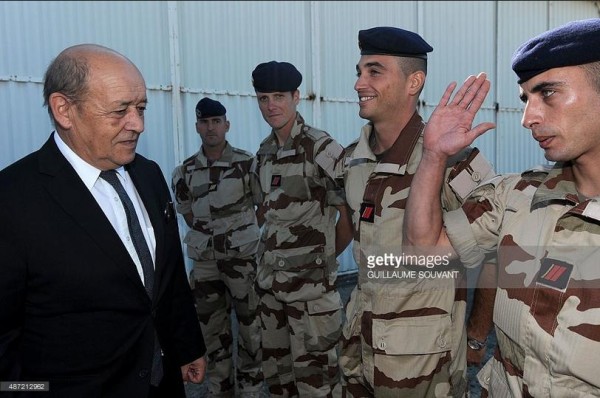 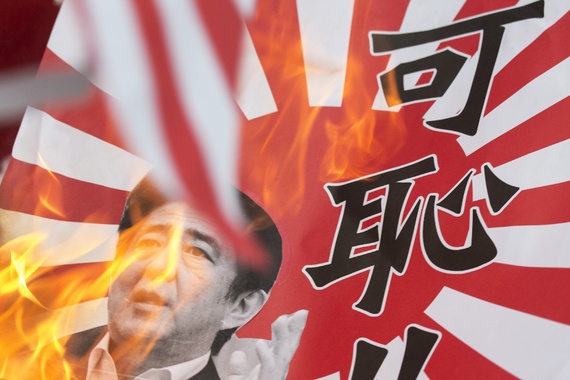 Flying the Rising Sun Flag needs to be banned in Australia, just like the German Nazi swastika

In September 2013, Japan’s rising sun war flag with an image of Shinzo Abe and Chinese characters that read “shame” is burnt during an anti-Japan protest outside the Japanese Consulate in Hong Kong.

In March 16, 2015, on the Gold Coast in Queensland, organisers of Queensland’s biggest Anzac Day parade, retired RAN Captain Andrew Craig of the Combined Anzac Day Planning Committee, decided in his disrespectful stupidity to approve flying of Japan’s rising sun flag on the day.

Not surprisingly, outraged Diggers threatened to boycott the ANZAC Day marches.  While Japan was an ally of Australia during World War I, its military regime threatened these shores in World War II and mistreated tens of thousands of Australian prisoners of war in concentration camps and Japan’s infamous Burma Railway. 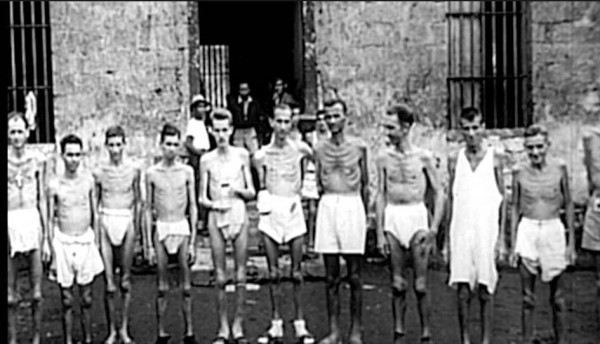 The Japs did this to our serving grandfathers – Lest We Forget Ever!

The Tweed Heads Coolangatta RSL sub-branch voted to notify the Queensland state branch it would not support the flag’s use in any commemorative functions.

The Vietnam Veterans Association of Australia Queensland branch also threatened to boycott the ANZAC ceremonies.  State president Malcolm Wheat previously said his family connections to the conflict meant he would not march this year.

“Personally I will not even be marching … and I suspect there will be some like myself who will boycott it,” he said.  “There are 1001 reasons as to why they should not fly it and I do not believe any of our World War I Diggers would countenance the flying of the Japanese flag given the atrocities that occurred.”

Next they’ll be flying the German Nazi Swastika on ANZAC Day and give the heil Hitler salute on the march past, idiots!

Anzac day is in remembrance of Australia and New Zealand, where do the enemy Japs fit into Anzac?  It is a total disgrace for the men and woman who died at the hands of the mass murdering Japs.  Abe postulates that Japan fought an honourable war.

Bullshit.  Tell that to the descendants of the nurses under Australian Lieutenant Colonel Vivian Bullwinkel of the Royal Australian Army Nursing Corps – the sole survivor of the 1942 Banka Island Massacre (the Japs machine-gunned 21 of her fellow nurses on Radji Beach). 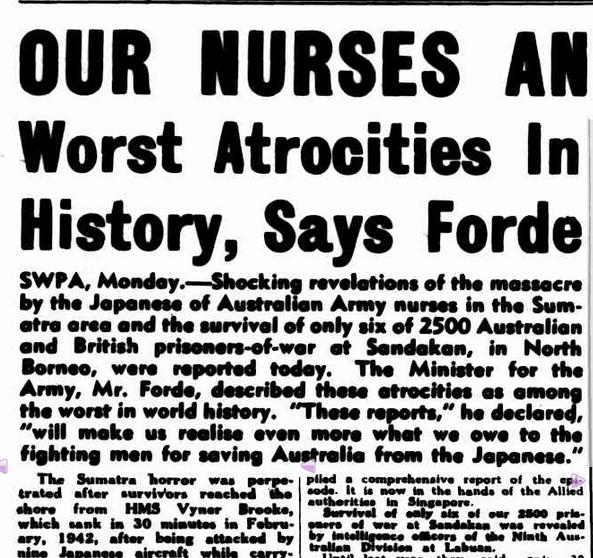 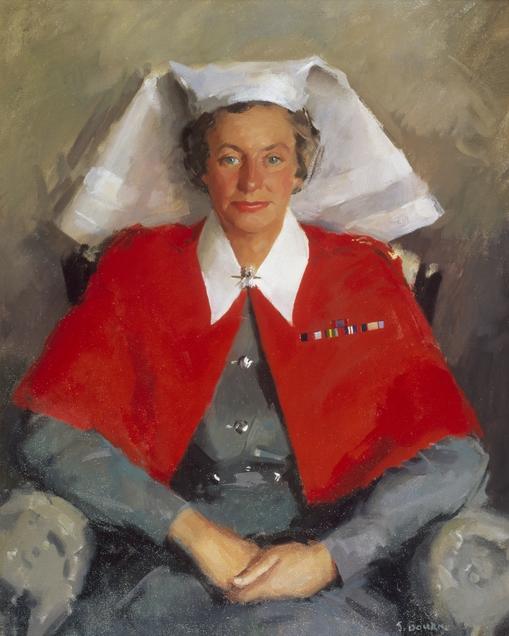 For a patriotic Aussie, especially one who has family who suffered at the hands of the murderous Japs, there is nothing wrong with despising anything Japanese. 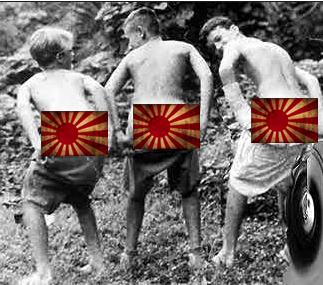