So as predicted, Liberal PM Scott Morrison has called the next federal election poll on Saturday May 18 in 2019.

And the Greens-Labor coalition, the Liberal-Gnats coalition, and One Pauline’s Shooters Party are all too happy to accept their foreign bribing mulla $$$. 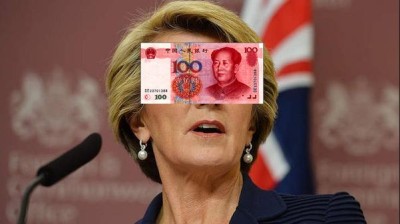 It seems Chinese billionaires in Australia like to hedge their bets and have a bet each way.  Chau Chak Wing has bankrolled $4 million to the Laborals.  And here’s Huang with Turncoat. 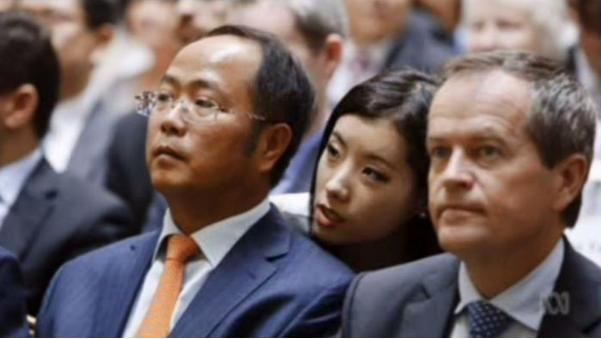 Billy received $55,000 in yuan into Labor’s coffers and then shortly afterwards had himself yum cha with Huang Xiangmo.  Billy even got invited to the Chinese billionaire’s daughter’s wedding as guest of honour in 2016 – wontons and fortune cookies all round! So it’s no wonder why ordinary Australian voters have become cynical about politics and the major parties.  They pork barrel promise then renege.  They align with foreigners.  They cheat Australians and they continue to undermine and ruin Australia.  They are all anti-Australian globalists.

The major parties – Liberal, Nationals, Labor, Greens spruik policies that are both anti-Australian and of no interest to Australians.

What’s Bill Shorten’s Labor electoral policy platform?  Mandatory Blackouts.  Mandatory 50 per cent renewables by 2030 to deny millions of ordinary Australians affordable electricity and condemned to a Greens blackout Stone Age.  Banning petrol diesel with mandatory electric buggies by 2030, and free MRI scans for anyone who wants one.    It all harks to Hawkies elusive goal “By 1990, no Australian child will be living in poverty“.  Yeah yeah, so Labor gifted Aussie billions to Third World breeders overseas. Whereas Australia First Party is the nation’s only Australian nationalist party.  We present no less than five committedly loyal Australian candidates across the nation.

Wouldn’t it be encouraging if the typical 15% informal voter losers became Aussie patriotic and instead properly voted for a political party to lead and manage Australia.  Informal voters need to be identified and opted out of Australian benefits like welfare.  If they don’t care why should responsible hard working Australians?

Remember that ‘independent’ candidates are typically agents for and funded by one of the major political parties. Tony Abbott is a Liberal.  Zali Steggal is a fake independent – a stooge of Getup-Greens-Labor.

He’s an upfront hardcore globalist.  She’s a ring-in celebrity globalist.  Both anti-Australian in motives and policies.

So who’s got the back of Ordinary Australians?