Some 62,900 illegal migrants are living and working in Australia under Canberra’s unplugged radar  – most of whom are foreign tourists and foreign students refusing to leave our country after overstaying our visas.

Guess who comprise most of the alien filth?

Third World Chinese – from either China or Malaysia – they’re a plague in Malaysia.

Canberra’s Department of Immigration and Border Protection (recently morphed by Mal into ‘Home Affairs’) in July 2017 reported temporary visitor visas are the mostly likely to be abused in Australia, while Malaysian nationals made up the largest group of illegals in the country, with $72.4 million spent on visa breach policing. 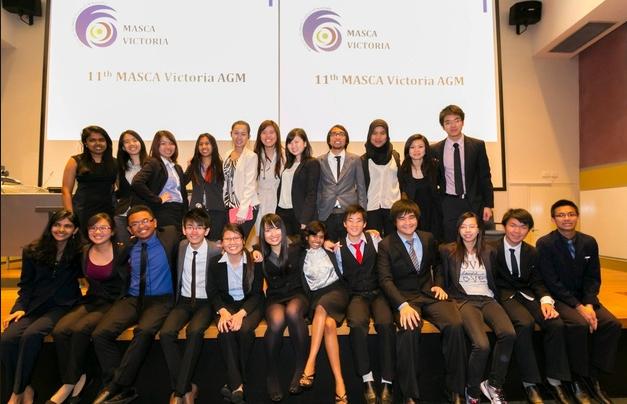 There are also heaps of curry munchers and indonesian gooks who are let in on false presences of studying. The reported Brits and Americans are not White, but just hold British and US passports so Canberra’s stats are dubious regarding the current reality.

Every year, thousands of people from da Third World invade for better Aussie life choosing from Canberra’s vast array of visas.  Exposure of the 457 visa scam saw a token crack down, but that still leaves dozens of other choices. Student visas and tourist visa are very popular. Canberra happily lets ’em in and then wonders why we have a problem of 62,900 overstays.

And that’s the ones we know about.

Officials from the new Department of Home Affairs reckon Canberra’s laws are shit, so they want tougher screening to detect illegals in our midst.  Yet the department says it generally does not detain people found to have overstayed visas if they work with officials to resolve their cases.  The department fails to conduct basic investigative tasks, including arresting suspects, which has allowed criminal labour-hire firms to act with relative impunity and to recruit tens of thousands of unlawful migrant workers.

Guess who the head of the Home Affairs is?  Michael Pezzullo, an ethnic wop on $605,000 a year, plus free business class travel anywhere.  He married an Australian.  Here he is holidaying back in Campania, Italy. 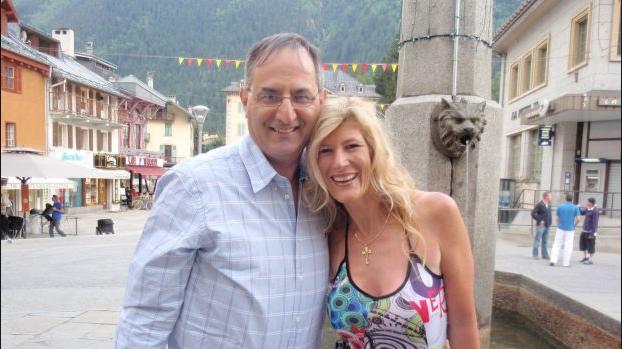 Di Pezzullo’s hail from Campania outside Naples, the home of the Camorra – the Italian mafia’s oldest secret criminal society

Previously as secretary of the Department of Immigration and Border Protection (DIBP), in 2016 he gave his Commonwealth Band 3 salaried departmental elites a pay rise to more than $326,400 per year.  The department’s annual report shows just more than $47 million was spent by DIBP on senior management remuneration in 2015-2016, including salaries, vehicles, redundancies, superannuation and other benefits. 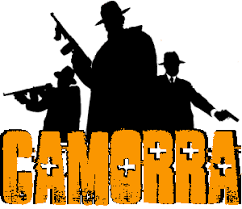 And its Commissioner Roman Quaedvlieg (a Dutch import) is being investi­gated by the Australian Commissioner for Law Enforcement Integrity amid allegations he helped a junior staff member with whom he was in a relationship get a job at Sydney Airport.  Quaedvlieg gets paid $731,000 a year.

So why is there no chance of Home Affairs doing anything about this illegal immigration racket? 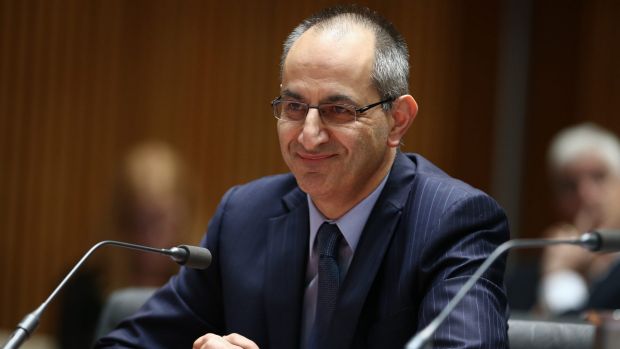 Immigration munster Peter Dutton, reckons “They don’t belong in Australian society” after he hypocritically signed off on thousands of Third World pilots to take Aussie pilot jobs across regional Australia.

We know where the vermin lurk, Munster Dutton:

Australia’s asylum protection application system is being gamed by labour-hire syndicates to allow the foreign workers they control – sometimes as indentured labour – to extend the time they can work. For instance, the number of Malaysians seeking asylum has more than doubled in two years, with the vast majority of these claims rejected. During the processing period, the Malaysians work in horticulture (fruit and vege picking and packing).

The illegal ploy is to spend a decade in Australia after having children so they can then apply for citizenship.  Canberra has legalised this backdoor immigration shit.  Home Affairs reckons, “Once they’ve merged into Australian society, it can sometimes be difficult to trace them. Employers may fail to check work permits and visas and so they go undetected.”

Yeah, because their fellow illegal countrymen hide them, employ them and pay them cash.   Just go look at all the ethnic enclaves around Sydney and Melbourne, plus dodgy farms and ethnic labour hire firms around Griffith, Mildura, Swan Hill, Nhill, and Gol Gol for starters.

Wanna know why supermarkets can seriously discount fresh fruit and vegetables with the dodgy ‘Made in Australia’ logo?

Vizzarri Farms on Friday December 2, 2016 was raided by more than 75 Australian border force and federal agents.  The illegals fled across the fields. 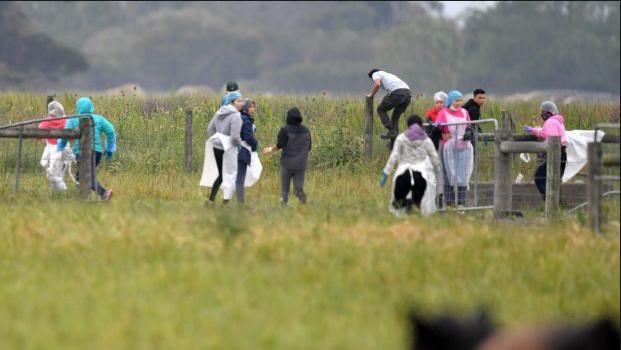 ‘Made in Australia’ produce picked by illegals

More than 50 illegals were discovered during the Vizzarri Farms crackdown, and several other workers were found to be in breach of their visa conditions. Border Force Agents seized $400,000 in cash, with suggestions the money may have been waiting for the farm to make cash payments to workers.

The Simonettas know all about the use and exploitation of migrant workers.  The use corrupt labour-hire firms who supply undocumented and underpaid workers to Simfresh and other farms across NSW and Victoria, so generated many millions of dollars in profits.  One such operator was able to leave Australia, thwarting efforts to investigate him, because the Australia Border Force lacked the power to arrest and interview him.

The policing and regulation is ineffective. Legitimate labour-hire firms have also claimed the reliance on unlawful and underpaid migrant workers in the horticulture sector makes it impossible for companies that pay legal wages to survive.

It’s dubbed ‘Free Trade’, so the Third World can dump on Australia.  Liberal Party Trade Munster Andrew Robb who left us with a free trade deal for China imports and millionaire exports, now works for the chinese – as if he didn’t always.

The managers of two labour-hire companies supplying major farms in Victoria’s food bowl and over the border in NSW said they had been recently forced out of business because they are unable to compete. A sixth-generation Victorian farmer told Fairfax Media there was “very little future in farming at the status quo, due to the fact I am not willing to employ illegal labour”.

That farmer asked for his name not to be used because he didn’t want “a shotgun up my backside.” 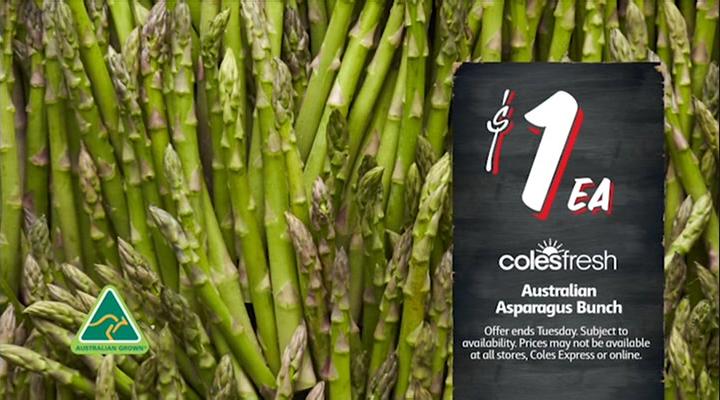 Migrant Worker Taskforce chief Allan Fels describes the abuse and exploitation of overseas workers across a range of industries as “systemic”, and the Fair Work Ombudsman’s Harvest Trail Inquiry has documented a catalogue of worker exploitation in the horticulture sector.

The national licensing of labour hire companies has also been proposed by Victoria’s industrial relations minister Natalie Hutchins, while there are also calls by unions to place a greater legal obligation on employers to ensure their workforce is not exploited.

But instead, Home Affairs reckon better screening at airports will help prevent illegal migrants changing their names to re-enter the country. The birdie num nums in Canberra reckon better data matching with the Australian Taxation office and Department of Human Services will identify and locate illegal workers in the community’, and harsher fines for those employing them.

Some exorbitant consultant report recommends finding ways to detect illegal migrants when they attempt to open bank accounts, rent property, use daycare and get driver’s licences.

They pay cash you idiots!  Turn your radar on might help!

Overstayed your visa? Why not call Visa Solutions Australia today?  We bugger Australia with illegals. We’re in Canberra and Sydney.