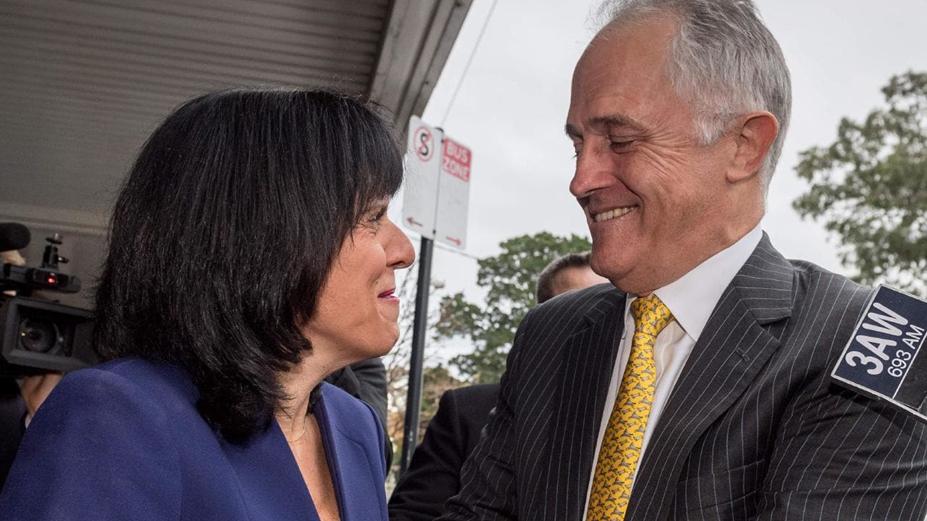 It was all about the Liberals being too ‘conservative’ and not ‘quota’-moderate enough. If one didn’t understand the references, then it might appear the Liberal Party had these ‘factions’ and that one was somehow progressive and modern (the Moderates) and the other stuck hard in the past, conservative and even reactionary (the Right).

Banks told Parliament about her ostensible centrist values, her belief in economic migrancy, her focus on always putting migrants first and that acting in the migrant interest had remained constant, but those values were now incompatible with Liberal Party statements about overpopulated areas and congestion and imported problems and costly burdens.

She even maintained the Liberal Party has changed, largely due to the actions of the reactionary and regressive right wingers who talk about and to themselves rather than listening, to the migrants. 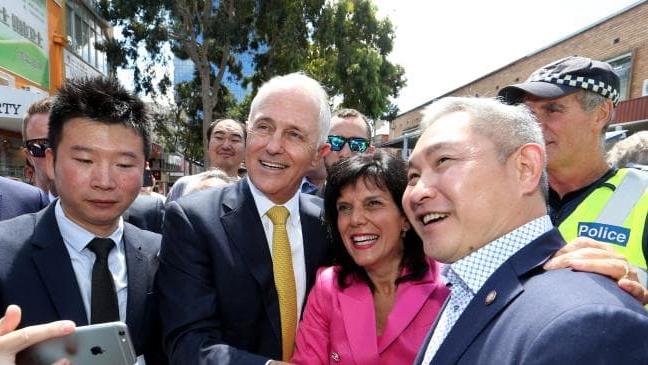 She reckoned moving to the crossbench to become an independent would allow her to continue to put ethnics before Aussies and act in the migrant interest against traditional Australia.

So, what was all that?  Factions in the Liberal Party?  Changes? 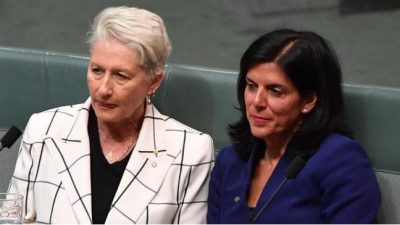 A huge humbug that sucks in all sorts of people is what it is. Some dream the Liberal Party might ‘again’ be their party while others join up to keep it ‘straight’ and not ‘to the Right’.

Whatever – but the Liberal Party remains the focus of their attention whereas we nationalists want to bury it!

It is true that the historical Liberal Party put together by Bob Menzies in 1944 blended together a certain liberal progressivism with conservatism. That blend, John Howard said recently, is the rock of the Liberal Party.

Yet, in recent times as all Australian politics unravels aspects of the party’s method have become frayed and people blast each other over ‘values’. The two streams appear to be in some sort of struggle. 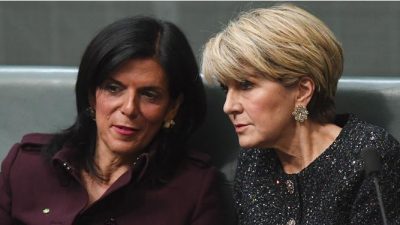 However, it is much more complex and bewilderingly so.  The Liberal Party in the last forty years has never had factions.

These emerged from the 1970s as the internationalization of the economy began, as immigration from the Third World boomed and so on. It was necessary to corral people who had maverick views or who might challenge the system to get them to ‘listen’ to the party as they wanted to hear it – and stay loyal.

This system managed dissent. It created illusions. It was like sci-fi. Is it a hologram? Is it the matrix putting out pretty pictures and sounds? Is it just one machine that can tell you anything? And mobilise an army of little gremlins who will tell you they are whatever you want them to be?

Let us get to the very point.

The Liberal Party no less than the Labor Party is a party of globalist capitalism. 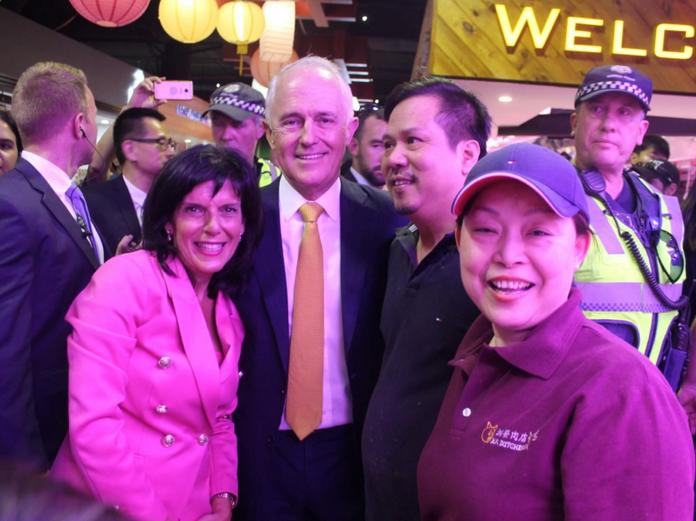 They have different origins and they sprout different slogans and offer occasional variations on the themes, but at the core they are the same – ANZUS, China, immigration, multiculturalism, free trade, free markets. In public they brawl over this and that and abuse and cat-call, but within the walls of the think-tank meetings of the Committee For The Economic Development of Australia, they belly-crawl to the same truths (sic).

So the fiction is maintained in public that these parties are ‘different’ and that we have a democracy where parties ‘clash’. Within each party deceit is also carried on.

So the Liberal Party, if it has ‘faces’, serves also to maintain the fiction to the masses that within the party there are shades of opinion, even warring groups.

The ‘sounds’ to be picked up by the masses, with pleasing voices and happy faces lure them in. From time to time one face will be in ascendant out of necessity. Right now, it is the conservative face which enjoys the front running. But you can choose to be this ‘face’ or that ‘face’ and join in the clamour.

When Banks quit, she was backed by her ‘moderate’ comrade Craig Laundy who spoke candidly about Liberal ‘conservatives’ drifting “dangerously away” from moderate supporters, in what really is their quest to reel in questioning herds of Australians.

This alerts us to the idea that the conservative ‘face’ is the dominant Liberal one right now. Some Libs who love their particular ‘face’ too much are clearly upset which shows us the game is unravelling and the matrix in need of a good service-job.

We note that Julia Banks said in her 2016 parliamentary maiden speech:

‘To honour the people of Chisholm of any migrant heritage who have come to this vast island across the seas, I say this in the language
of my immigrant heritage, albeit that this is my second language with an Australian accent:

The child who enjoyed simple pleasures in a loving environment learnt early in life that a barbeque was a claimed Australian ritual, that
moussaka is an equally nice meal, and that Chinese food and fish and chips are two great Australian Friday night treats.”

Her model of ‘migrancy’ attempts to set all migrants as one stream ‘against’ the idea of Australia and against Australians. This game no longer washes. The great mass of European migrants understand and know that the aim of immigration (yes, the aim) is to cleanse off the Australian Continent all Europeans and in particular those of all European backgrounds who have come to see themselves as ‘Australians’.

It is horses for courses. Faces for audience. Her ‘liberal’ model ropes in large sections of people to stay within the system and probably they will move within the Labor Party circus while those concerned with migrant numbers and so on will go for Abbott and Dutton.

And what do these ‘conservatives’ believe in? Anyone is an Aussie who drapes a flag around himself and swills a beer and struggles to talk English.

So in the end – they ain’t all that different. We live in a multiracial society.

Perhaps it’s time not to think of Libs or Labs at all, but of Laberals and to curse them all. Then face the purveyors of ‘faces’ in politics and get to the truth? 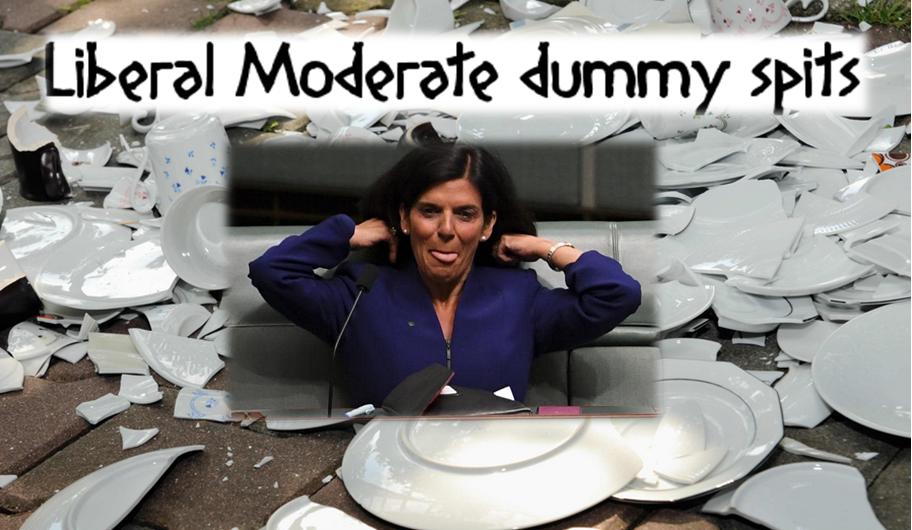