The Australian Labor Party really has become foreign with Tanya Plibersek increasingly at the helm.

The $4.5 billion NRAS was launched by Labor’s then prime minister Kevin Rudd in 2007 as part of his public campaign to tackle homelessness.  It was designed to provide
subsidies to developers of housing that would be rented to “low- and middle-income households at a rate that is at least 20 per cent below the market value rent”. 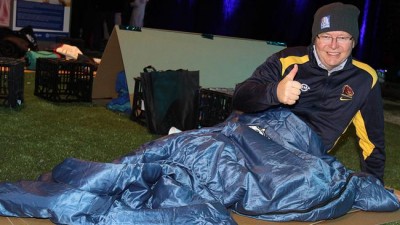 The National Rental Affordability Scheme (NRAS) was sold as Rudd Labor’s spend initiative to stimulate the supply of new affordable rental dwellings.  The Scheme offered annual incentives for ten years of just under $8,000 per dwelling per year as a refundable tax offset or payment.  Incentives were targeted to eligible low and moderate income households.

What Rudd and Plibersek hid from the Australian public was the fact that foreigners investors and foreign students were eligible for this scheme, funded by Australian taxpayers. 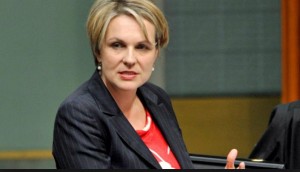 Labor’s scheme was part of ongoing LibLab denial of public education funding, starving universities of government funding since 1996 under the Howard Liberal government.  It has meant that universities have become wholly dependent on foreign students to financially survive.  Plibersek’s offer to pay for foreign student accommodation facilitated that foreign student dependence.

Universities have been found to have won thousands of grants under Plibersek’s National Rental Affordability Scheme and were filling hundreds of these government-sponsored units with fee-paying international students.

Recent evidence has emerged that of the hijacking of Labor’s flagship social housing scheme has emerged, with the companies behind a major Sydney development tapping $80 million in taxpayer subsidies to help build units for wealthy foreign students rather than the low-income Australian households the program was designed to help.

A case in point has been the Central Park high rise in Chippendale next to Sydney’s inner city chinatown ghetto.

Sekisui House built the weed covered Central Park high rise opposite the University of Technology on Broadway just up the road from Tanya Plibersek’s electoral office in the seat of Sydney. 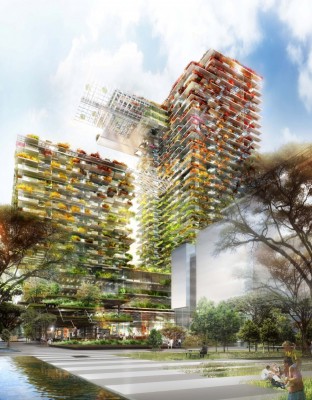 Sekisui House promoted its Central Park development to wealthy asian students studying at the nearby UTS and University of Sydney campuses, claiming the project as “NRAS-advantaged”.   The Sekisui House brochure for its $2 billion Central Park tower made it clear that international students would be the major tenant group for the 823-bed facility. 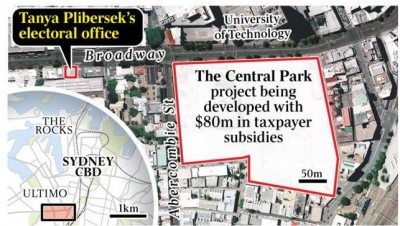 So how many Australian homeless actually got a home?

Labor’s homeless housing funding went instead to an asian property developers and to asian students. Plibersek loves foreign students and as housing minister then was happy to oblige. Strangely there was no regulation stating that NRAS tenants had to be Australian citizens under the scheme.

In the 2007 federal election, Plibersek was re-elected to the seat of Sydney with a 2.12% swing toward the Labor Party.  As then Minister for Housing, Plibersek launched the Social Housing Initiative, and in December 2008 released the then Labor Government’s White Paper on Homelessness, “The Road Home”, which has a goal of halving homelessness by 2020.

So how many Australian homeless actually got a home?

Universities had won thousands of grants under the National Rental Affordability Scheme and were filling hundreds of these government-sponsored units with fee-paying international students.

Mr Thomson’s criticism of the National Rental Affordability Scheme comes amid revelations that in Melbourne, Monash University’s subsidised housing has just a handful of indigenous students even though the university uses the names of two pioneering Aboriginal women for the buildings.  Instead, the taxpayer-subsidised units at Briggs and Jackomos halls are crammed full of international students under a scheme that was originally supposed to benefit low-income or disadvantaged Australians. 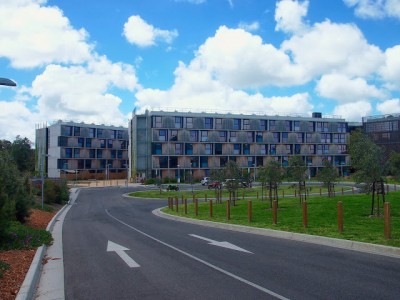 Public housing was meant for Australians in limited circumstances. Now we see this benefit conferred on aliens and ‘hedged’ for profits.

Labor’s treachery has been exposed. The foreign students scam needs to end.