Voters for the East Ward in Penrith City were confronted by six tickets in the election last Saturday. However, the formal tickets obscured the truth.

From behind the scenes, a determined business group wanted to skew the election in its favour. The motive? To get in on the “development” coming with the Aerotropolis and the Inland Rail, pet projects of the Federal and State Liberal governments, the bottom line is money.

Of course, council polls are not normally a big deal. However, Penrith City is a vital target of the plan to break up Greater Sydney into three CBDs: Penrith, Parramatta, and Sydney. Around each, the different wheels of globalist ‘progress’ will spin. Penrith is on the front line, next to the new airport at Badgerys Creek, the Aerotropolis and a future urban sprawl called “Bradfield”, specially conceived for Third World hordes not yet arrived in Australia. The St. Marys part of Penrith will service Inland Rail with a giant freight hub, a pet project of the National Party hierarchy designed to make certain regional “good ol’ boys” wealthy, if at the expense of other farmers. Essentially, there are billions of dollars in the maw. The local Penrith petty-elite wants to grow rich as the avant-garde of Penrith.

As the election campaign developed, it was clear to Australia First lead-candidate Lili Orrock that one “independent” group was not exactly independent. This was the group headed by Marlene Shipley, CEO of the famed Band Club (and now, too, CEO of the local RSL). The Shipley ticket preferenced the Liberal Party, and the Liberal Party preferenced it, locking in the votes. In a five-councillor ward, the idea was for there to be elected at least two “reliable” candidates, three if possible. As it stands, it might indeed be three. The “independent” ticket did quite well with voters’ craving for an independent candidate. In an election where any opposition had to be denied the opportunity to be on the council, the Liberal-fake-independent nexus was an essential component of that fight. It would operate to block Australia First and any independent “independent” from taking a seat.ts in the council. Unfortunately, those voters got the wrong ticket.

Australia First identified the St. Marys Town Centre Corporation (TCC) as the key electoral player in East Ward, a major player in Penrith politics generally. Its board of directors includes three people who were candidates in the poll: Tricia Hitchens, a Penrith councillor and head of the Liberal ticket. She will be elected again; Marlene Shipley, head of the ‘independent’ ticket, could well be elected; Faye Abogazeleh, Secretary of the TCC, was second on the Shipley ticket.

A possible conflict of interest already existed. Tricia Hitchens has served as a councillor for nine years, alongside other directors who are real estate agents with developer connections. This relationship will now continue into a decisive stage in the history of Penrith. And she may be joined by Marlene Shipley as a councillor; another point of conflict of interest. But does it just skirt below the level that impugns the election and their status as councillors? In other words: can elected officials be part of a petty-capitalist economic mafia, but as long as they don’t personally take a dollar, the connection stays lawful?

The nexus of interest between politics and business has been played out in many councils with an ‘arrangement’ of sorts between accountants, real estate agents with developer connections, local Councillors, land and mining surveyors and ‘links’ up the political pecking order. Wagga Wagga City Council was one of the most pernicious for this, given the corrupt Daryl Maguire held sway over that city’s local politics. Ironically, Maguire even put his pudgy paws upon Penrith politics through his Badgerys Creek land interventions and his friendship with slippery-with-the-truth-over-the-connection, local power broker, Stuart Ayres.

Let us record the details of other directors of the TCC:

Mr Coote said St Marys’ strategic position to the new Western Sydney Airport and rail link, due to be completed by 2026, means more and more people will choose to live and work in St Marys.

‘The Station Plaza redevelopment joins a number of large-scale developments around the St Marys CBD, including Marigold on Queen and the Dyldam showpiece Jasper St Marys,’ he said.

‘Right now when local businesses are doing it tough, it’s a comfort to see these bigger projects on the go and to know that when we get past this, St Marys will go from strength to strength.’”

Of course, such a corporation has its array of across-the-board business links:

Director Terry Hassen heads a real estate company as sole Director trading as National real estate in St Marys and beyond. He keeps a database of developers.

Faye Abogazeleh’s work in community welfare is subsidised by Penrith Council, another (lawful, it seems) conflict of interest.

This corporation has been praised by Stuart Ayres for its work and we are not surprised. It is an essential aspect of the inter-relationship of global and large local corporate capital with local, would-be-participatory, but smaller capital.

The Corporation would link to global and large capital

The TCC has proudly announced:

St Marys is on the precipice of growth with developments happening right on our doorstep such as St Marys’ first boutique apartments Marigold On Queen, the commencement of construction in December of the St Marys Freight Hub, the announcement late last year that St Marys will be the interchange station for the new metro line from Western Sydney Airport and vacant premises being occupied expeditiously, these are just some of the reasons why investing in St Marys is a great opportunity worth investigating.

St Marys also sits on the edge of a thriving regional City Centre in Penrith and with infrastructure developments like The Quarter (Penrith’s Health and Education Precinct), Western Sydney Aerotropolis, Western Sydney Airport, major arterial road upgrades, these will all support those that live and work in Western Sydney as well as the expected population growth to 2.9 million by 2031.

This is definitely not about the “local community”. The TCC is a synthetic creature: one part liberal economic think tank, one part business association, and one part a gathering of those who smell money and who are prepared to be combat soldiers in the Penrith community to push their policies through. Hence, both the covert and the open role the TCC played in usurping the election.

In an election where any opposition had to be denied the opportunity to be on the council, the Liberal-fake-independent nexus was an essential component of that fight. It would operate to block Australia First and any independent “independent” from taking a seat.

Organizing for a win

Some details show the nexus in operation. Australia First conducted a broad search of the social media accounts of members of the TCC.

Marlene Shipley’s husband, Victor Shipley, has all sorts of interesting links with bankers, real estate agents, Chinese businessmen, politicians, and CEOs at the Penrith Panthers and elsewhere. Two links, in particular, summarise the Latty Brothers of Penrith with their connections to the Property Development Hub and Lee Waterhouse, Managing Director of Property Central. Mr. Shipley is acquainted with Stuart Ayres. Of course, he had been a council candidate for the Liberal Party in 2016.

If we wish to argue in spirals, Mr. Latty maintains connections with Stuart Ayres and Tricia Hitchens.

Amanda Shepherd, another candidate on the Shipley ticket, also had “interesting” connections, which we will save for another day.

It is noted that the TCC did not register as a third-party actor in the recent Council poll. It is understood an attempt will be made now to determine whether it applies resources to either the Liberal Party or the Shipley campaigns.

Certainly, a number of the campaign workers for these candidates had a TCC connection. That was noted on the hustings. There was even some conscientious spruiking to the voters carried on by people with TCC connections. Now it may be “lawful” (Gina Rinehart could come down and spread a little corporate cheer for the Libs if she wanted!), but it remains what it all means politically, and that counts.

We gain an odd glimpse of the “vision splendid” of the money-men when we ask why a mining surveyor (Mr. Grabara) would be active with TCC. Mining surveyors are a type of surveyor or mapping scientist that uses all the tools, technologies, and methods at their disposal in the discipline to record details for mines. They will look at maps and GIS data to determine potential areas of new resources. Penrith has shale and it has rare earth, one great for building and one perfect for export. The model of the Aerotropolis, imposed upon many countries, shows how all that works. Indeed, Penrith has been mapped to show how it was before the age of the dinosaurs so that valuable resources can be located. There is nothing globalism will not do. And what if people’s livelihoods get in the way?

Australia First is about the ordinary mass of working people, productive people. It is not for chiselers, thieves, plunderers, and manipulators. In that sense, there is a social war, one of the productive Australians against the others. The first lot take the foreign connection on the path to wealth and power, the second lot take the path of patriotism. That is just how contemporary Australia is.

We are yet to see if the TCC’s plan for Council works out. Whatever happens, the struggle in Penrith continues. We will not permit a cabal of business interests to steal an election. 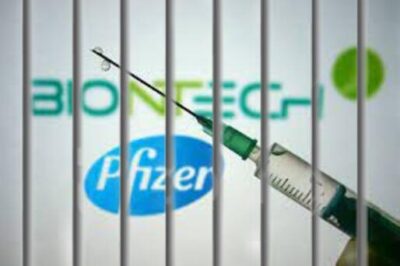