SBS boss, ethnic Arab Michael Ebeid needs to be sacked and charged with broadcasting inciteful hate against disadvantaged Australians. Who needs SBS but foreigners and anti-Australians?

Australian taxpayers fund SBS ethnic broadcaster to the tune of $287 million a year to air foreign programming in Australia mainly for foreigners.  That wealth ought to go back into the needy with our Australian community. Let the foreigners and anti-Australians pay for SBS. It was widely condemned as ‘Sex Before Soccer’.

SBS has conjured up clichéd ‘Struggle Street‘ as the title of its three-part series that ridicules the daily lives of residents in Sydney’s disadvantaged suburb of Mount Druitt, situated within western Sydney’s City of Blacktown local government area.

The bunch of ethnics working out of SBS studios at Sydney’s plush Artarmon need to get out more to abandon their stereotypical impressions of Australians.

Frankly, most Australians have had a gutful of SBS prejudice against ordinary Australians, and the locals of Mount Druitt are not impressed.  They feel deceived and betrayed.

Residents and community leaders in Western Sydney have criticised SBS for the way their community has been portrayed in an advertisement for the upcoming documentary series Struggle Street.

“This is an unethical, damaging, exploitative, trash ‘documentary’ that has misrepresented local people, and our whole community,” the council said in the petition’s description.

“Some of the participants have already suffered abuse, insults, bullying, intimidation and other mistreatment as a result of the promotional material produced by SBS.”

On Sunday, SBS responded to the mounting criticism by removing the promotional video from their website and social media accounts.  Several Mount Druitt residents and community leaders have spoken out to the media expressing their concern and outrage with their portrayal.

“This was a documentary that could show what people could achieve against adversity and rising above that, and doing well in their lives,” nearby Londonderry MP Prue Carr said. “They agreed in good faith to be part of that because of that promise. But instead, it’s been the opposite. It’s been particular footage to paint Mount Druitt in a negative light.”

It condemns and ridicules Australia’s underclass. Worse, the people doing the ridiculing are foreign immigrants who are wholly funded by Australian taxpayers. SBS staff are Australian welfare recipients without any respect for Australians.

So basically we pay the foreign SBS scum to portray us like shit. 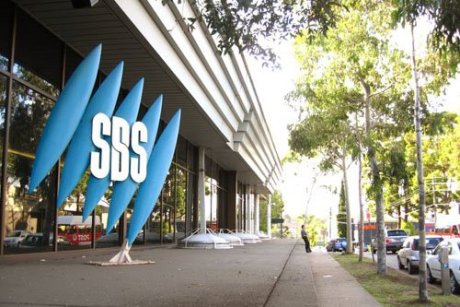 Pompous SBS is an Australian-Taxpayer funded broadcaster that is derogatory toward Australians while promoting foreign multiculturalism to undermine Australian culture.  So PM Tony Abbott, have some respect and shut down this foreign propaganda joint.

SBS has become a foreign media propaganda outlet against Australians and for anti-Australians.  SBS is a hateful operation, where foreigners are encouraged to promote foreign cultures and vilify the local Australian culture.  It is a foreign propaganda machine of deculturalism. 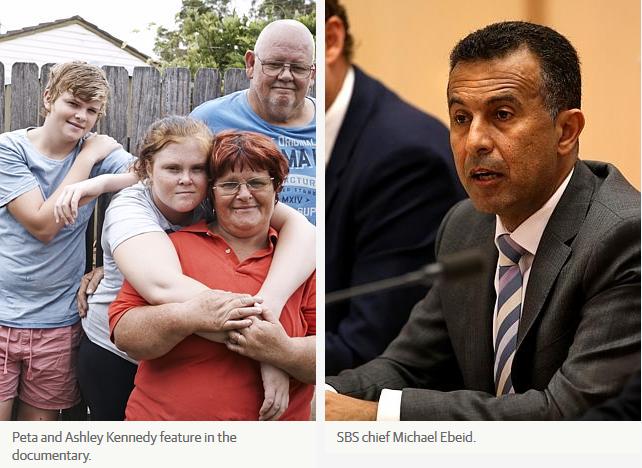 Cultures apart, the rich darkie bigoted against the poor whities

In SBS ‘Stuggle Street’, two of the show’s main subjects, Peta and Ashley Kennedy, are concerned about the repercussions of appearing on the series for themselves, their drug-addicted son and for their daughter, who they claim has already been targeted by online bullies.

Mrs Kennedy is a member of the Willmot Community Action Group and said the crew filmed hours of community events with her – none of which have made it into the show.

Instead, they promoted the show by using her husband, who was diagnosed with dementia during the show’s production, farting on the family’s front porch.

“I’m just so gutted by it because my husband is not like that. They’ve been showing him out on the front of our house farting, putting that on national air,” Mrs Kennedy said.

Also shown in the promo is an angry Mr Kennedy yelling an aggressive warning from the porch.

An understandable reaction from a father forced to deal with the struggles of an ice addicted child, which is not presented in context in the show’s promo.

Mrs Kennedy is angry with the way her husband has been portrayed as a bogan and “typical houso”, which opened the family up to ridicule on social media.

The Kennedys are not the only ones unhappy with their portrayal.  Billie-Jo Wilkie and Bob Quinn are shown in the program affected by drugs, and even using them.

Ms Wilkie says she was not aware she was being filmed during some of the most controversial scenes. “He made me believe it weren’t getting recorded, so I was able to sit there and freely say what I wanted,” Ms Wilkie said.

Before the show has even aired, the couple have become targets for abuse.  While filming their interview with A Current Affair, someone yelled out “Ya fuckin’ bogans” from their car.

What purpose does such a programme serve but fostering ridicule and social division?

Blacktown Mayor, Steve Bali, is also outraged with the way his community has been portrayed.

“We have a lot of great stories here and they’re just focusing on a couple of people at their most vulnerable time. This is not a representation of what happens here or to these people.”

Blacktown City Council has launched an online petition on Friday, calling on the public broadcaster to immediately suspend the planned broadcast of the series – which is set to commence on Wednesday.  Mayor Bali has been lobbying SBS, even going so far as contacting Communications Minister Malcolm Turnbull in an attempt to delay the broadcast of the program until those involved have been allowed to watch the series in full.

At the time of publication, 1,287 supporters have signed the Blacktown City Council’s online petition.

About a dozen trucks from Blacktown Council will stage the noisy protest outside SBS’s Artarmon offices tomorrow morning, piling more pressure on the taxpayer-funded broadcaster to postpone Struggle Street, which it says documents “the experiences of Australians living on the fringe”. 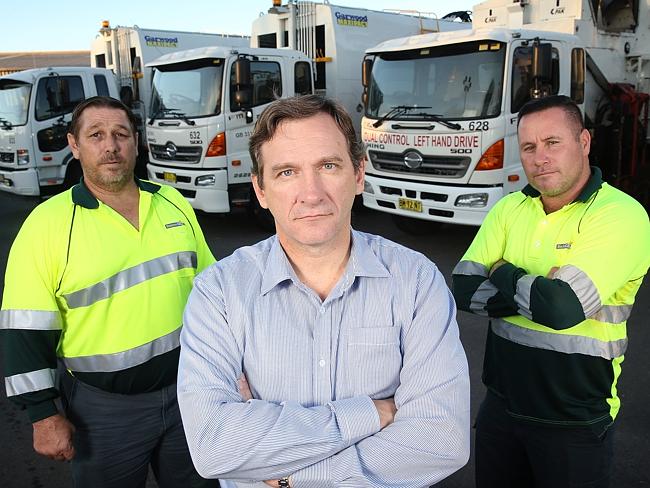 Preview ads of ‘Struggle Street’ have showed people with drugs and alcohol, people shouting and swearing, those with mental illness and a woman who calls her cat a “slut” for not ­telling the truth.

It cost an estimated $350,000 an episode to produce, so totalling over a million dollars coming from Australian Taxpayer funding.  PM Abbott, that money would have been better spent on setting up women’s refuges to protect them from growing multicultural domestic violence.

‘Struggle Street’ was jointly produced by SBS, Screen Australia and Screen NSW, and was made by Keo Films Australia, headed up by bigoted Asian ethnic, MD Leonie Lowe, who hates Australians.  The programme format for ‘Struggle Street’ has been plagiarised directly from Keo Films’ Benefit Street programme aired in the UK.  Keo Films there similarly unfairly targeted the English seaside town of Grimsby and ridiculed and upset residents there too. 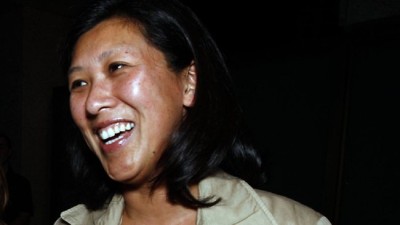 It is not creative. Even the title of the programme ‘Struggle Street‘ is unimaginatively clichéd.  It is just overpaid copy-paste plagiarism by another Asian.  That’s how they pass at Australian universities.  Most Asians like in the Asian car industry are not creative in design; they just copy from the West and call it their work. She should go the same direction as SBS ANZAC hate journo, Scott McIntyre.

He also wants it re-edited into a “proper documentary rather than a reality show”.

About 1200 people have signed a change.org petition to have the program suspended.

“We don’t run away from the fact there are social issues, not only in Mount Druitt but across NSW,” Mr Bali said. “But why are they attacking Mount Druitt instead of taking families from across the city? The trucks show what we think of the show: it’s garbage.”

SBS has already made two edits, removing a scene where a central character, who has dementia, is shown breaking wind. It has also re-edited its ­promotional trailer, which contrasted “sparkling Sydney Harbour” with Mount Druitt, which it described as not the Sydney “in the brochures”.

Blacktown Senior Citizen of the Year Barry Robson said Struggle Street would reinforce stereotyping. “I’ve put up with this crap for 40 years,” he said. 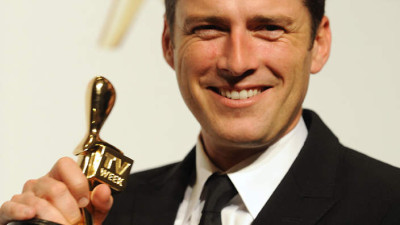 SBS is scum. It does not deserve a Gold Logie. Give it back Carl Stefanovic!