The Australian taxpayers’ national broadcaster, the Australian Broadcasting Corporation (your ABC), costs a billion dollars a year to run.   The corporatised organisation runs out of a centralised monolithic building in inner Sydney’s Ultimo. It’s public servant management and staff receive perks so generous they can go on leave as often as parliamentarians – about a quarter of the year.

Full time ABC employees work an average 76 hours per fortnight, providing for a minimum four free days per fortnight.  More than $214m of the $453m national wage bill is spent at Ultimo in inner Sydney. THE ABC is paying eight broadcasters more than $250,000 a year, with Q&A and Lateline host Tony Jones leading the pack on an annual salary of more than $350,000.  Employees receive superannuation contributions at the rate of 15.4%, well in excess of the 9% government guarantee to ordinary Australian workers. 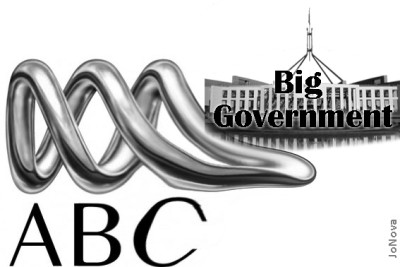 Since public servants rely on the big government socialist Labor Party for artificial life support and to maintain a Canberra-like lifestyle, ‘Aunty’ has always leaned toward Labor and away from the conservatives.  So the ABC aims to please the gatekeepers of the pay-checks.

Every time the conservatives return to power in Canberra to sort out Labor overspending and debts, they have cut the ABC budget and jobs have gone.  In the end could anyone imagine a publicly funded broadcaster, which is paid by the government, being biased in favour of a small government?

So guided by instinctive self-preservation, the ABC has become full of feral lefties. Under MD Russell Balding’s direction and then Gillard-appointed replacement MD Mark Scott, the ABC has become a Department of Labor Party Propaganda akin to an Orwellian ‘Ministry of Truth’.

Scott has previously said that his method to secure additional funding for the ABC was to convincing the government the national broadcaster was working in its interests.  “I think you’ve got to couch the arguments in terms of what we are in a unique position to deliver that is in the interests of government of the day.” he said.

The only time the ABC was almost brought into line was under Jonathan Shier in 2000 addressing left-wing bias in ABC programming and editorial scripting.   PM Tony Abbott is too feeble to touch the ABC untouchables.  He is a fool for being so feeble and deserves all the flack the lefties throw at him and his conservative government on a daily basis from multiple ABC media channels.

Whether it was coincidence or through some sort of group-think within the political secretariat of the nation’s monolithic taxpayer-funded broadcaster, the effort lent credibility to the view that the ABC is the ALP’s propaganda arm. In terms of achieving a “gotcha” moment, it failed on every count.

Melbourne ABC 774’s Rafael Epstein was the first to bat just over a week ago, on April 23.This is how he began: “Just trying to make it understandable for both myself and everyone else, am I right in saying that you’ve purchased a fifth of the emissions you need to purchase using a quarter of your money? Is that roughly right?

And so it went.

The facts about the ERF, Hunt said, were simple. The Abbott government had abolished the carbon tax and electricity prices dropped.

The government then passed the ERF and the Labor Party and many of their fellow critics insisted that there would be no demand under the fund. The fund is an incentive based payment through an auction process — a market-based mechanism — to find the cheapest emissions reduction project in the country; directly cleaning things up.

The first auction was conducted by the Clean Energy Regulator which announced that 47 million tonnes of emissions reductions projects had been awarded.

That’s four times the total volume of emissions reduction which occurred under the entire period of Labor’s failed carbon tax.

The price per tonne was $13.95, or less than one-ninetieth, or about 1.1 per cent of the average price of emissions reductions of $1,300 under the carbon tax.

Hunt said Epstein had begun his interview with points from the Labor Party’s presentation, which Epstein passionately denied.

He then pointed out that Epstein’s assumptions generally were wrong.

Next to engage the minister was the 7.30 Report’s Leigh Sales that evening. She should have done more homework.

“Minister,” she began, “with this first auction today you’ve spent about 25 per cent of your budget to reach about 15 per cent of your goal. Doesn’t that demonstrate that your policy’s not going to be enough to meet Australia’s emission reduction targets?

Hunt’s whacked that claim out of the ground, saying: “No, with respect, the presumptions in your question are quite wrong.”

He then gave the figures he had smashed Epstein with earlier in the day.

Sales was on the backfoot and spluttering “but…” before she managed to make another claim: “Minister, if you can address my point, at $13.95 per tonne, the amount set today, given that you have $2.55 billion to spend, you will fall short of Australia’s targets by about 57 million tonnes.”

Hunt responded: “No, that’s false.” Not going to let go, as wrong as she was, Sales came back with: “Minister, with this – with this policy — let’s talk about the current policy. Let’s talk about the current policy. With this policy, taxpayers are paying polluters not to pollute.” She was wrong again, as Hunt replied: “Well that’s false.” Undeterred, Sales tried a different tack, asking the minister to submit the figures to an independent audit so that “we can see firstly if the promised abatement happens, and secondly, if it’s value for money?”

Unfortunately, as Hunt pointed out, such an audit has already been conducted. Deloitte signed off on the first round of audit.

Floundering, Sales protested: Is it going to keep happening? Because we need to know if people are delivering what they’re promising that they’re going to be delivering for this money. The answer, Hunt said, is of course. The independent probity audit had been present throughout the whole process at his request.

Even the Labor-aligned Climate Institute has admitted the process has produced fine examples of emissions reduction but that is not the point for the ABC’s political warriors who failed to pursue Labor when it launched its disastrous policies of pink batts, green loans, cash for clunkers and the carbon tax experiment which failed to reduce emissions, but cost Australians $15 billion.

Sales failed, she needed constant correction and her analysis was fundamentally wrong. Not that she was alone in that, as the next of the ABC’s interrogators, Radio National’s Ellen Fanning, found on April 24 and ABC’s 702 presenter Linda Mottram discovered just a few days ago on April 28.

Of the four presenters, Mottram was most persistent in parroting Labor lines, as Hunt noted in his pithy replies, over her protestations.

Not a good place to start at all, according to Hunt,who said: “No that’s the ALP’s language and of course that is deeply politically loaded and…”

He was interrupted by Mottram who asked: “But it’s true isn’t it?”

And again, Hunt was able to inform yet another ABC star: “No it’s false.”

In between interruptions from Mottram, Hunt managed to state the obvious: “The ABC uses… ALP’s language… they don’t use unloaded… language.” It’s the ALP’s language that the ABC uses all the time, Hunt said, the national broadcaster never uses the language of the conservatives.

As one would expect of an organisation which follows an ABC script. 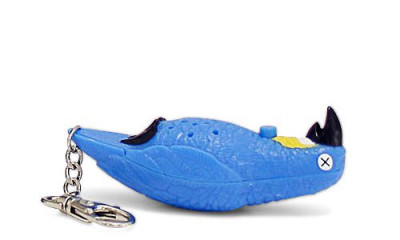