Australia First Party is urging its Queensland members and supporters – and followers of its Internet pages and sites – to vote for independent candidate, Kim Vuga, for the Senate. 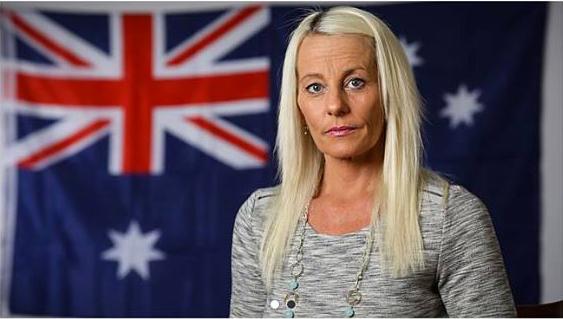 Kim Vuga has announced policies such as:

These policies, like others not mentioned here, are in accord with the public positions taken by Australia First Party.

It has been noted by Australia First Party, that Kim Vuga neither preferences Australian Liberty Alliance nor Pauline Hanson’s One Nation.

No Australian nationalist could support these parties which are now in alliance.

We could only advocate a vote for a patriotic candidate who did not preference these parties.

We recommend that those who intend to vote for Kim Vuga follow her Senate card exactly. A copy of that card is placed below.

In the case of preferences 6 – 12, the lead candidate below the line for each of the parties named. 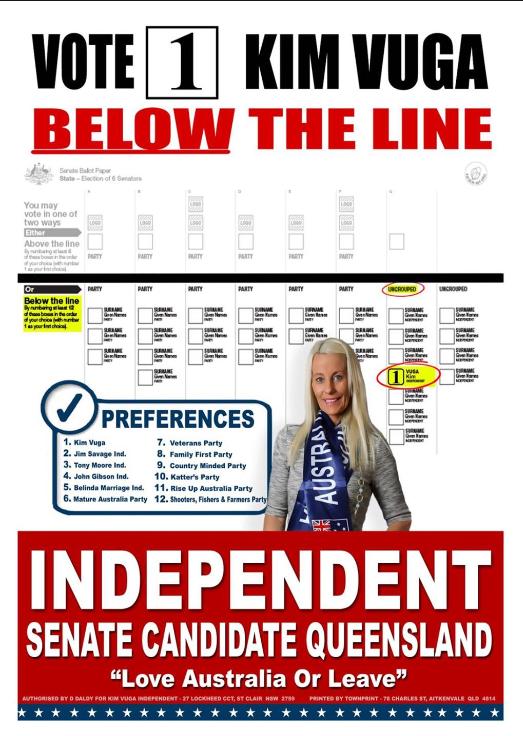