This is the first of a series of articles on conservatism and its relationship to Australian nationalism.

The Australian nationalist movement appeared to take a step forward when Fraser Anning stood up in Parliament in August 2018 and said there was a threat to European culture on the Continent – and hence to the survival of the white Australian identity.  He even praised the former White Australia Policy.  Many Australians agreed with him.

Appearances can be Deceptive

Essentially, Fraser Anning considered himself a “conservative”. He called his party “Conservative National”, meaning: (i) that he was conservative;  (ii) that he considered in some manner or other the National Party had been ‘his’ party till it went off track;  (iii) that he wanted to it to go back there to the good ole’ days; and (iv) that because the Nationals were really his political-folk, even if misguided and so on, he was calling upon them to repent since they were his real political base.

So, sad to say, Fraser Anning was still attached to an establishment party.  The toxic nutrients from official conservatism were still flowing through to his new baby.

As the Federal election approached and then as the campaign wore on, Senator Anning capitulated one step at a time and he gave us Indian and Chinese candidates and backtracked and said he never favoured protecting the ‘White Australia’ identity in the first place. He then denied on video that he had ever supported the vision of the former White Australia Policy.  Thus, it became obvious he wanted to turn the immigration debate into one simply about ‘Islam’ – and that’s just not enough! 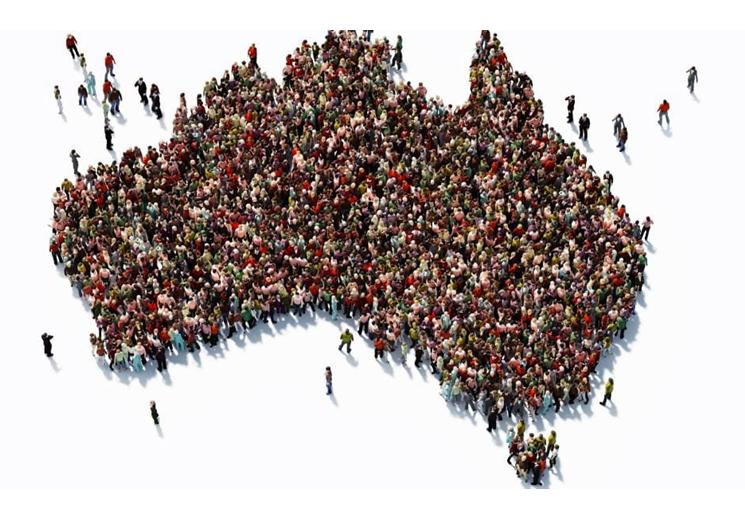 A lot of people had rallied to him by then, believing that he was the one elected person who would ‘represent’ them. He shopped them. It was shameless.  So, why did this betrayal occur?

The betrayal in fact started not long after Fraser Anning’s speech to parliament.  In October 2018, he went to Victoria and campaigned for the Australian Liberty Alliance party (which he called “Victoria’s only true democratic party”). This party certainly did not stand up for the defence of Australia’s European heritage, but was just one of those ‘anti Islam’ groups with a fanatical agenda of supporting Israeli foreign policy.

The Australian Liberty Alliance (ALA) was multi-racialist to its soul. Its programme said so and he knew it.  Fraser Anning, long a supporter of Israel too, embraced it on both bases.  However, ALA was good at deceiving people. It would wrap itself in the Flag and talk of ‘patriotism’ and ‘African crime’ and ‘unassimilated groups’ and so forth. People can hear what they want – and they do. Perhaps Fraser Anning picked up some cues? 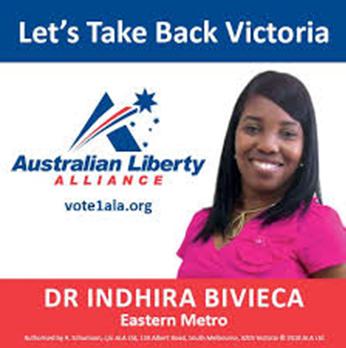 Yet during the election period, Fraser Anning even went further, and while his party was ‘preferenced last’ by the Liberal-National parties and condemned by them in no uncertain terms, he still passed on to them his votes?  Why go back there? 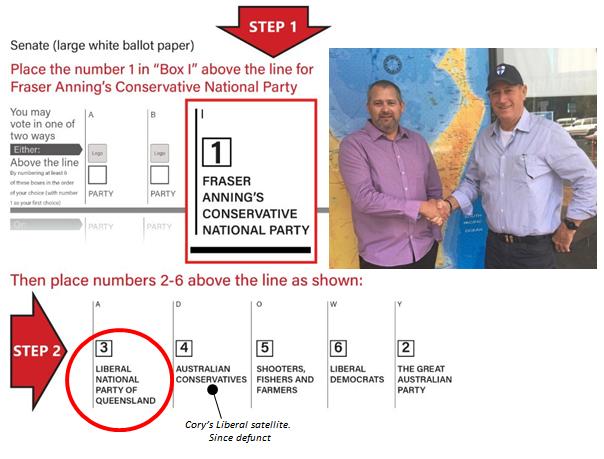 It is the argument of the nationalists that ideology governs politics. Ideology is the world view, the belief system, the historical narrative as to what a movement is and where it sits in the political and cultural life of the Nation. Ideology gives the movement its glue.  Politics is how the ideology is applied to practice, how it operates in the world of struggle, how it builds itself through alliances and confrontations, through any and all means, to achieve the victory of that ideology.  And ideology is the key.  If the ideology is a poisoned construct, a false construct, then the politics will in practice be misdirected. 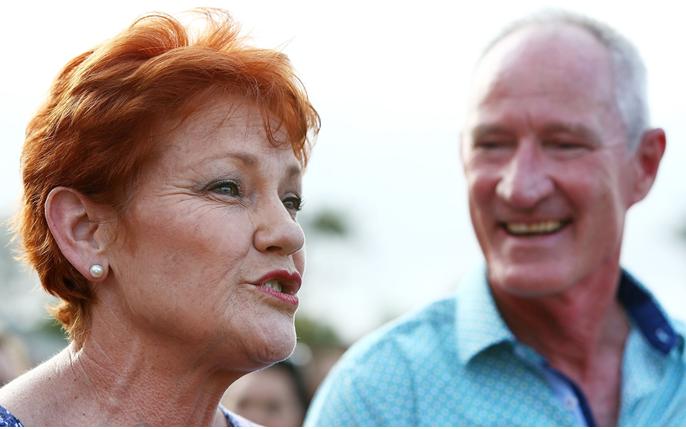 For Fraser Anning, Australia was a great place – till 1972 (Whitlam).  In that year he thought it all changed precisely because the Labor Party replaced the Liberal-National parties in Federal office.  However, key questions for Fraser Anning stand out.

But for Fraser Anning, it matters.  He remembers that Joh Bjelke-Petersen ‘fought’ those Laborites in the Whitlam years (so what?) and that he set the State apart to ‘’save’ it from the evils of ‘the South’. Fraser Anning thought Bjelke-Petersen created a bastion of ‘true’ conservatism, a hold out against the bad present. A model from the past – a myth for the future. 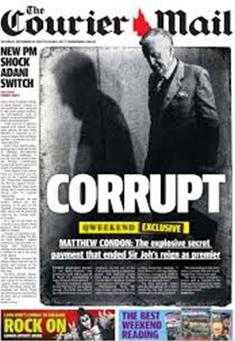 It’s a very Queensland problem, bred in some of us by the old gang of bastards who set out to divide Queensland against the rest of Australia so in the dark they could hang on to their ill-gotten privileges. This writer isn’t having a go at Queensland. I was born in Queensland and grew up as Joh Bjelke-Petersen was busy selling off my State to the Japanese multinationals and other foreign interests and lining the pockets of his crony-capitalist mates.

There is just no virtue in conservatism in practise, no fairyland to ‘return’ to. Oh, yes, Joh was so ‘tough’ in disciplining (sic) a few leftist idiots which really moves conservatives to praise him, but it was so much bad theatre.  The price of monitoring these leftists was that we had in those days a foul political police called ‘Special Branch’ which spied on everyone and which had a pack of nice folk pimping for them in every suburb, sometimes even operating from the host of Pentacostal bookshops and churches – but with a holy (sic) mission to serve the man they all called ‘Father’. Few crimes did this political police not commit. And some of their rats were also on the take.

And behind the myth of Joh too was the ultimate myth – that of (Pig Iron) Bob Menzies, the founder of the Liberal Party and the standard bearer of Oz conservatism. Dear Fraser draped himself in the imagery of Menzies and has said he is politically what Menzies was long ago. Sad. Now Pig Iron would never himself have overturned the White Australia Policy, but he knew what was coming and he quit the Prime Ministership in January 1966 and ran away, as the coward he was. Pig Iron didn’t stand up and ironically Fraser Anning returned the compliment by living it out on another day. 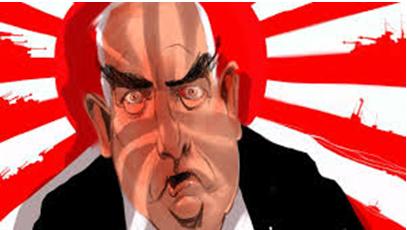 As to Pig Iron’s ape, Premier Joh, in 1984 just when he was supposedly building a new national conservative front (he thought of founding a National Conservative Party) , we should recall the meeting at Brisbane Town Hall replete with representatives of the Indo Chinese ‘refugee’ community, all united with the Nationals to fight ‘the left wing’ Labor government of Hawke. And we note that Fraser Anning replicated that notion with his candidates who called on their co-nationals to join his new conservative force.

If all this multi-racialism is conservative, then we ain’t buying it!

Conservatism extols a past that was the wrong path for the country. Why?

It might be hard for a sincere conservative to accept, but historically conservatism was essentially owned by a traitor class that crawled on its belly to an empire that consumed our sons on the battlefield in the Great War and betrayed us when imperialist Japan came knocking a quarter century later.

When that empire went down, it just attached itself to another. It would also chase after any power or economic force which offered financial advantage. It waged the class war from above against the ordinary worker and farmer and it told the small businessman that he could grow a gross as they – by hard work. When that new empire took the road of the internationalization of the economy and the multi-racialization of the societies it dominated, its lead was followed by our traitors.

A conservative does not understand that Australian nationalism didn’t come out of any ‘imperial’ past or via any of the conservative heroes who extol it.  Rather, it was the product of the ordinary man who started a fight more than 130 years ago for a new hope, his unions that fought cheap labour, the writers who saw the vision splendid of a new land and an all-class movement who saw that a singular culture arising upon our own soil. To use the fancy terns, Australian Nationalism is based upon labourism, literary radical-nationalism and nativism.

Those who are loyal to the idea of ‘Australia first’ have faith that the change Australia requires will abolish the conservative past and leap us forward into an ‘Australianist‘ future.

Not a bad bloke…

Do we think Fraser Anning a bad bloke?  Well,not necessarily a bad bloke, but one who had got in wrong over and over and ended up doing the wrong thing by his erstwhile supporters.

It was a betrayal for sure, but one born of his Queensland past and lack of appreciation of history.  Yet he has the final opportunity to clean his act by repudiating conservatism, ideologically and politically.  Fraser Anning is overseas at this time and he may or may not return to the political contest.

Ultimately if he does try again, he has the chance to return to his point of origin: the challenge to the de-Europeanisation of Australia and then go forward from there to assess conservatism itself as a definite part of that historical betrayal – and repudiate it.  This is our challenge to him and if he carries on with that repudiation, he will find himself allied to us. If Fraser Anning refuses to go down that nationalist road, but upholds conservatism, he would become an obstacle to the development of a nationalist party. Then he should be combatted at the coal-face. As always, the decision is his. 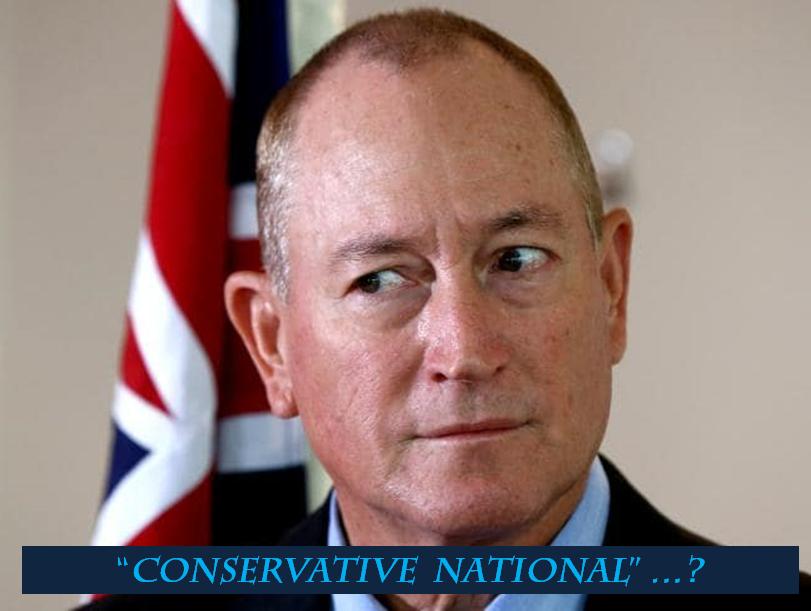