Skip to content
This series of articles concerns the impact of the Covid-19 pandemic upon Australia’s politics. Comments and ideas can be directed to the party at ausfirst@alphalink.com.au   Each week, we will deal with a few issues as events unfold.

This series of articles concerns the impact of the Covid-19 pandemic upon Australia’s politics. Comments and ideas can be directed to the party at ausfirst@alphalink.com.au   Each week, we will deal with a few issues as events unfold.

If some media commentators are to be believed, Scott Morrison is sort of John Curtin figure, given his supposed ‘war-time-type’ handling of the Coronavirus crisis. Really? What bad labelling that would be. Australia’s great national leader, intellect as well as a man of action, contrasted to a miserable Pentecostal bean counter at the head of a party dedicated to (until yesterday anyway) open borders, free markets and China trade.

Scomo’s fame still has six to nine months to run. He will in this short period dole out money, do that which any leader would do to keep small business alive and workers employed, and the health system functioning. But after that time, he shouldn’t dare to call an election, lest like V-For-Victory Winston Churchill who’d won a war – he’d find himself removed from office. So why might that be?

Australian politics seems quiet at the moment. It isn’t. At the depths, there are growing concerns at globalism and the free trade system. Everyone knows now that China rorted Australia while this crisis unfolded and its agents are still busy trying to export essential goods out of the country. China is eyeing property and businesses for takeover. Free trade meant that Australia was short of essential medical supplies when the crisis struck, ‘cos the logic of globalism always was that cheap labour countries could do that which we could do but at a better price. Did this faulty ideology place people’s lives at risk? Dare we reason that concerns may grow into scepticism and then towards rejectionism?

When the pandemic passes, will official-Australia still be able to play the game that China is an essentially benevolent friend, one whose contribution to our (sic) economic well-being will be on-going?

Not likely. However, the Liberal Party fraudsters are already on a new angle. They are, through ‘patriot’ mouthpieces like Hastie and Ian Goodenough and Bronwyn Bishop, saying that Australia has to ‘stand up’ to China and produce essential goods ourselves, limit Chinese investment and so on. They tell us too that we must run into the loving arms of the US superpower for ‘protection’ against China. Yet, do not some people still recall that the US superpower created modern China? Remember all the investment, the technology transfer, the diplomatic arrangements over a forty-year period? George Orwell would have said something about memory holes?

The overseas student program, something particularly linked to the Chinese infiltration of every level of Australia’s education system also appears to have hit a snag.

The proverbial blind Freddie can see it. When the University of Queensland was sneaking and snaking about to get their full fees paying students into the country in February, they were complicit in getting virus sufferers admitted. What, no apology? After all, that program was always about money for a few in the education game. Interestingly, the fact that some 60,000 overseas students just didn’t arrive meant tens of thousands of dwellings suddenly became available to Australians. Was that a loss? No. It was a social gain. Losing overseas students might be part of a major realignment of resources. Of course, as soon as the crisis passes, the pedlars of the program will be back at it – but a lot of Aussies will have seen the program as a massive rort: the overseas students displace us, take housing, take part-time jobs and then migrate in hordes to take on social roles no Australian has been trained for. Some might call them agents of recolonisation.

The public mood has shifted towards a type of community patriotism. So, is it right to be ‘xenophobic’?

Of course, there are base-level expressions of popular rage at things Chinese, at China and at certain Chinese cultural practises which may have indeed led to the emergence of the Coronavirus. Let’s be honest: wet-markets are obscene. And obviously unhealthy! It cannot be said that any popular criticism against these things is wrong. Some popular anger may be colourful (like the bloke with a bullwhip outside Sydney’s Chinese consulate, or a woman losing her anger at certain Asians in the street), but it is not of itself – wrong. So-called ‘xenophobic’ reactions to the crisis are really just expressions of self-defence for an endangered community.

In truth what the media may call xenophobia, we might call patriotism.

Can we see the silver lining of the clouded present? Yes. The politics of the Coronavirus crisis is one that favours a steady emotional disengagement of many Australians from ideological loyalty to establishment politics. We must explore this at every level – and contribute to it. 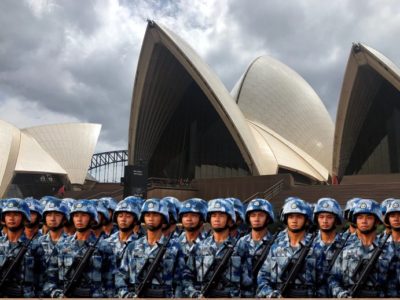 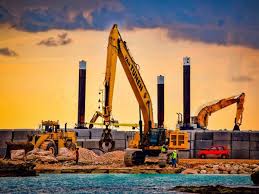