The recent remarks by British Prime Minister Theresa May that “enough is enough” in dealing with Islamist terror in her country – is a crock.

The terror is blowback, a result of long standing British foreign policy and intelligence decisions to play footsie with Islamists for particular purposes.

We have said previously that it began in 1981 in Afghanistan when Margaret Thatcher allied with Islamist guerrillas to fight the Soviet Union. The most famed of those fighters was Osama bin Laden.

Thatcher told a meeting of 1500 Islamists:

“But I listened too with admiration. You left your country because you refused to live under a godless communist system which is trying to destroy your religion and your independence.The hearts of the free world are with you—and with those of your countrymen who have stayed behind in Afghanistan. ”

The British government aided Islamists in Libya and one set off the Manchester bomb two weeks ago. They also back Islamists in Syria.

These facts can no longer be concealed.

..and MI5 when the Islamic Terrorists come again… 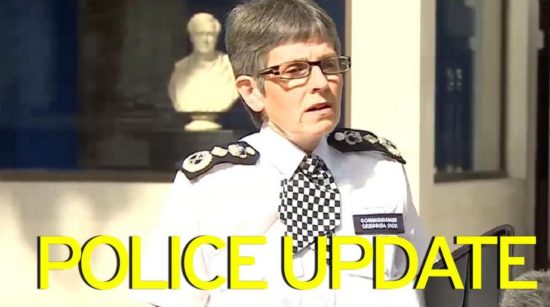 Another day in Muslimed London…