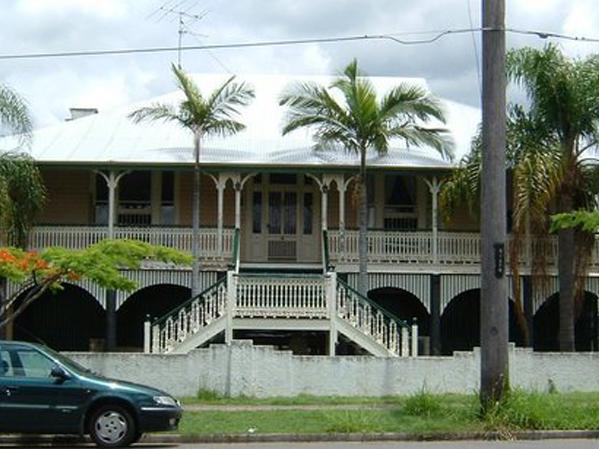 Quirky: “No. These Queenslanders can’t fit in enough Chinese to grow my Bris Vegas Vision”

This bought mayor is a globalist Liberal elite, straight from the Young Libs with a political degree and with well-connected ties to banking, big business and developers. So ‘bigger is better’ is his hallmark.

Brissy councillors each entitle themselves to a new car priced up to $44,000 every three years.  They think they’re federal senators.

Of course, Quirky started out as Works Chairman initially on Brisbane City Council (anything that involved high rise), then he salivated to be Opposition Spokesman on Development and Planning.  Of course he was Campbell Newman’s corporatised Chairman of Transport and Major Projects.

Of course Quirky has been to China, and multiple times. He personally never forked out a cent.  In 2015, Quirky dispatched his finance chair Brisbane Councillor Julian Simmondson (da ‘walking conflict of interest’) on junket to China with brown paper bagged marketing consulting firm ‘Brisbane Marketing’.

Of course Brisbane ratepayers funded their return business class flights to China, while the Chinese Government funded their 5-star accommodation, all meals, mini-bar and transfers to six Chinese mega-cities.

It was supposedly to spruik Brisbane’s  Bris Vegas opportunities to Chinese investors.

Wonton was on tap. 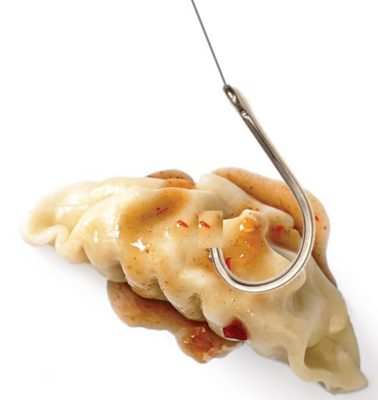 The junket excuse was that since Brisbane is supposedly ‘sister city’ with Chinese Chongqing and Shenzhen, frequent junkets are justified.  Such sister city polly travel junkets are common council extravagant and indulgent rorts that do squat for the residents of Brisbane and so need to be scrapped as an abusive “absolute sense of entitlement.”

A Liberal globalist, Quirky now has seriously scary plans to congest Brisbane, and ultimately to destroy all vestiges of its big country town character and heritage. He luvs the glitz, bustle and wontons, but refuses to emigrate to Hong Kong where all these are in over-abundance.

Instead, he is hell-bent on inflicting his personal ‘growth is good’ ideology and agenda upon the residents of Brisbane. His vision for an even greater Brisbane is akin to Sydney envy, to congest Brisbane it into a global city with global precincts set for a mass Chinese invasion. 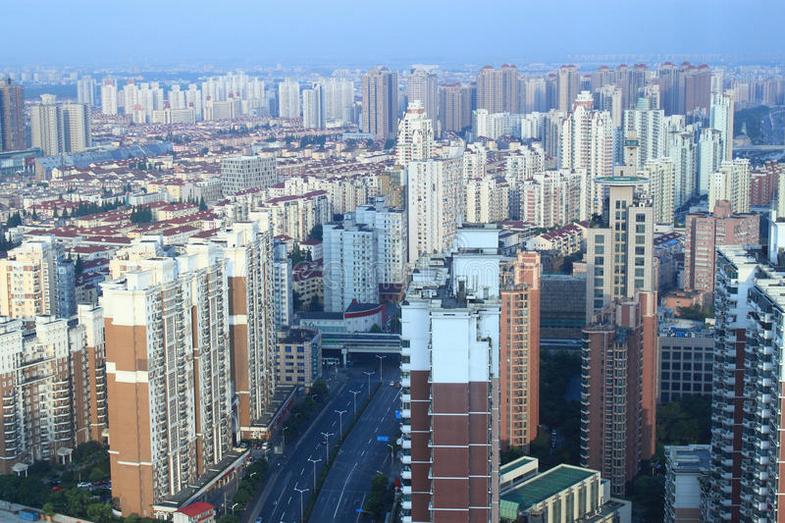 But in April 2018, why did Quirky turn his back on local manufacturers to hand lucrative contracts to Chinese to construct his new $7.5 million New Farm ferry terminal along the Brisbane River?

In September 2014, Quirky arranged for Brisbane Airport to become the first Australian airport to sign a Memorandum of Understanding (MoU) with Shanghai Airports Authority (SAA) in a partnership aiming to strengthen key relationships and boost aviation links between Australia and China.

Also in September 2014, Quirky took more than 40 delegates on a business mission to Shanghai.   The year prior, Quirky led a business delegation to the Asia Pacific Cities Summit in China’s Taiwan and then onto the Chinese mainland.  The year prior, the mayor of Shenzhen visited Quirky in Brisbane with a delegation including Chinese Government ‘business people’, ‘research institutes’, ‘education providers’ and miscellaneous spies. 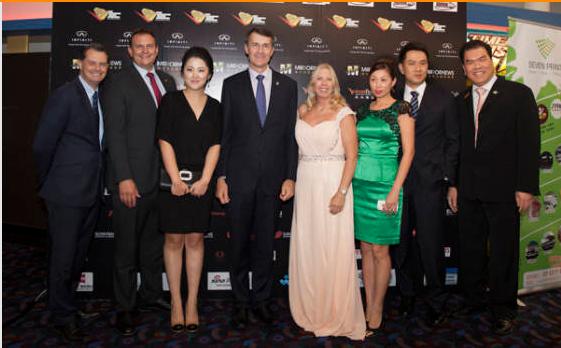 In bed with the Chinese

The third phase of his campaign to congest Brisbane began in July 2014 starting in Hong Kong (best wontons ever) and then into the Chinese mainland, Singapore, Britain, Berlin, Spain, Brazil, India, Indonesia, the United Arab Emirates, Japan, South Korea, the United States and Canada.

In 2012-13, China was Queensland’s top source of proposed foreign investment, valued at 3.4 billion Australian dollars (3 billion US dollars).  Chinese investments span various sectors of the Queensland economy including oil and gas, coal mining, real estate, agribusiness and transport.  The gateway to Queensland’s mineral wealth, Brisbane is home to about 170 resource companies and more than 100 mining technology and services firms, representing a significant proportion of the sector in resource-rich Queensland.

Quirky has released his Mein Kampf of Chinese invasion. Greater Brisbane is to have areas hived off into ‘global precincts’.

In these areas, the economics of the zone are integrated at every level into the so-called global economy. These areas are in effect special places whose rules are no longer those of the rest of the city.  That is called re-colonisation. 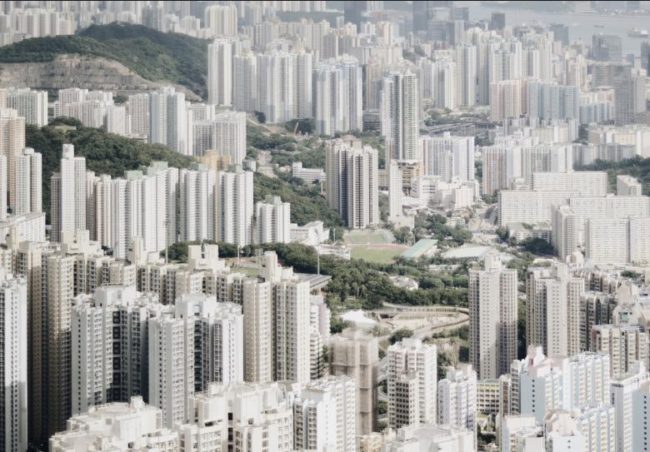 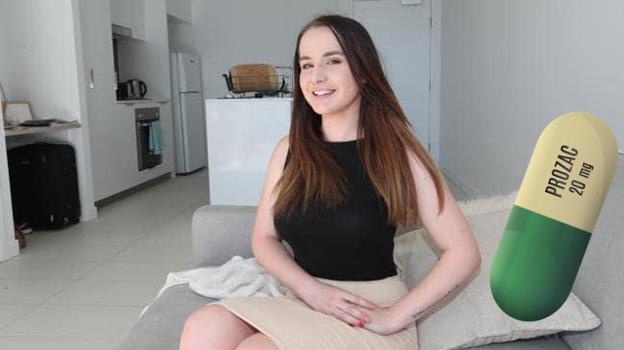 “(My) Brisbane is undergoing a period of significant transformation and becoming increasingly known for its entrepreneurial ambition and quality of life (thanks to me and me appeal to Chinese immigrants). To build on our current momentum and realise (my) Brisbane’s vision to be a leading new world city for (Chinese) lifestyle, investment, talent development and knowledge exchange, there is a clear opportunity for industry to partner and co-invest in the City’s major precincts. 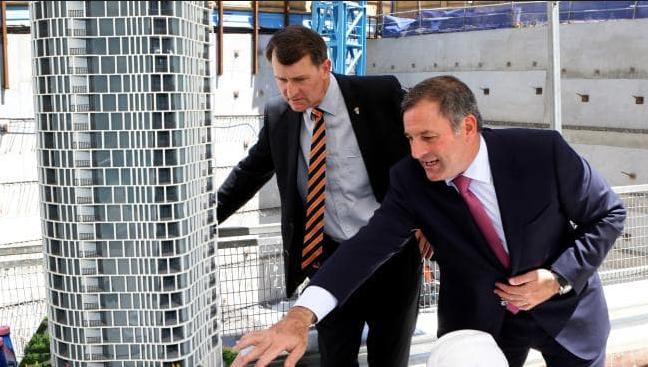 “So how many of these can we con into Brisbane?”

“The existing and emerging Global Precincts identified in this document are the most significant contributors to our (Liberal globalist) trade, employment and growth. 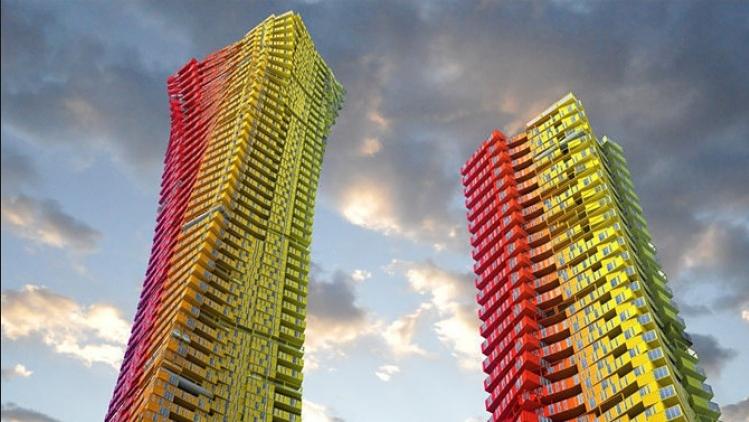 Why stop at one?  Buy one, get one free.  Recycle those shipping containers.

“These precincts attract both investment capital and leading (Asian) talent; showcase our most innovative businesses; comprise our prized cultural assets and reflect the unique attributes that make Brisbane a vibrant and dynamic city. They are instrumental in shaping our identity and becoming a global top 10 lifestyle (and crime) city (to look the same as everywhere else and just as saturated with global ethnics, to out-price and supplant the locals who can’t afford to stay in the Brisbane they love and grew up in). 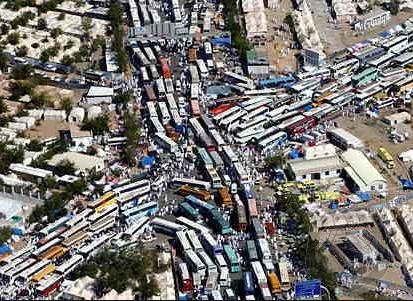 “Increasingly around the world, successful cities have adopted a collaborative management approach to precinct development. (Good luck to them, so emigrate you Quirk). Some of the world’s most renowned precincts are led, managed and promoted by partnerships of asset owners and institutions, supported by city government. This approach has advanced industry development, increased growth capacity, enhanced access and amenity, and raised international reputation. 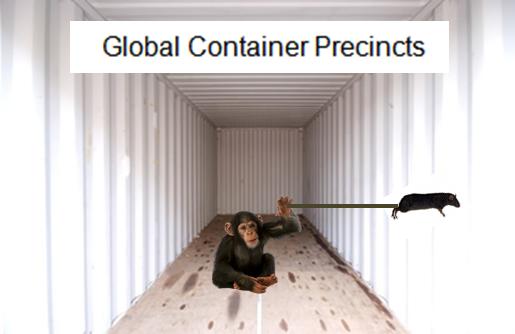 This document sets out a coordinated approach to evolving Brisbane’s major precincts, with a strong initial focus on the City’s primary networks, namely Brisbane Metro, the Brisbane River and the existing knowledge corridor. The establishment of sustainable partnerships between investors, stakeholders and the City is key to realising the vision and potential for these major precincts. (‘Sustainable’ means profit self-interest).

I invite you to share (my) City’s (Bris Vegas) vision and work collectively to shape our future.”
Graham Quirk 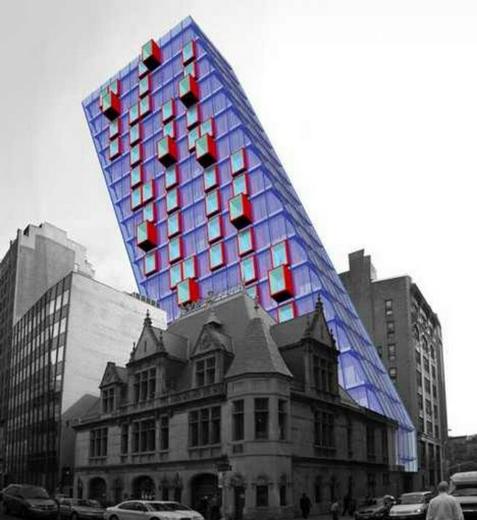 Why not?  Matches the heritage amenity.

Here’s Quirky’s 2018 Mein Kampf to be imposed upon the residents of Brisbane:     Imposed Global Precincts for Brisbane

His propaganda is sobering:  “attract investment, foster innovation, encourage tourism and elevate its international reputation as a new world city”.   The Aussie term is “to shanghai”. 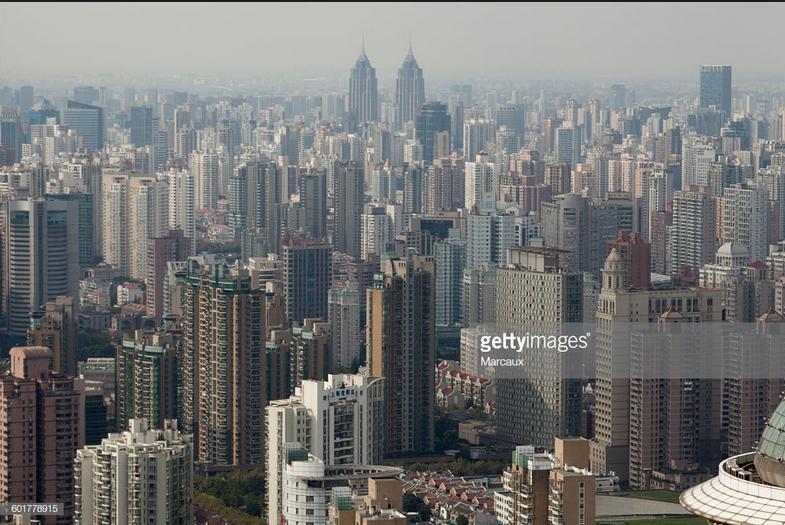 This is Shanghai. Vision impaired or what?

“As a key priority of the Brisbane 2022 New World City Action Plan, the Global Precincts vision is focused on developing the precincts with scalable industry activity, world-class business environments, and global reach.  We only have to look at the success of our existing precincts like the Cultural Precinct and South Bank, or Brisbane’s inner north-east suburbs of Fortitude Valley, Teneriffe, New Farm, Newstead and Bowen Hills, which have collectively generated around $5.3 billion in private investor funding in two decades.”

If uninformed Australians beyond a day’s drive of a capital city, really want to see what’s the immigrant invasive congestion is truly about, then seriously drive into Brisbane during morning peak.  But if you truly want to know what is yet to destroy Brisbane town, then drive into Sydney or Melbourne morning peak. It’s not peak hour, but morphed into all bloody peak ethnic day.

At the centre of this phase of globalisation is Chinese imperialism which can make use of these processes for its own ends. Whatever occurs, Brisbane’s two tier system will place Australians on the outer of jobs and access to wealth. While the system itself is undesirable in the first instance, Australians will suffer it is a type of cleansing as they are put to the margins of the new society.

Immigration is a key part of the project of precinct development.

Australia First Party calls on all nationalist people and other patriotic people to resist Australian traitors and Chinese agents like Graham Quirk who have formulated this scheme! 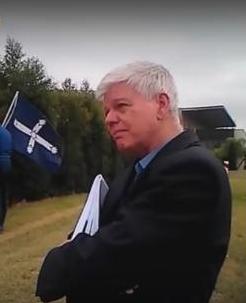 Australia First is maintaining a watching brief through our Brisbane Branch