Taxpayer funded SBS has paid Ray Martin propaganda cash to push its ongoing multicultural agenda baiting White Australian patriots at a rally.  It’s fake news.  SBS is infatuated with the burqa. So what about Aussie rights to don the balaclava? 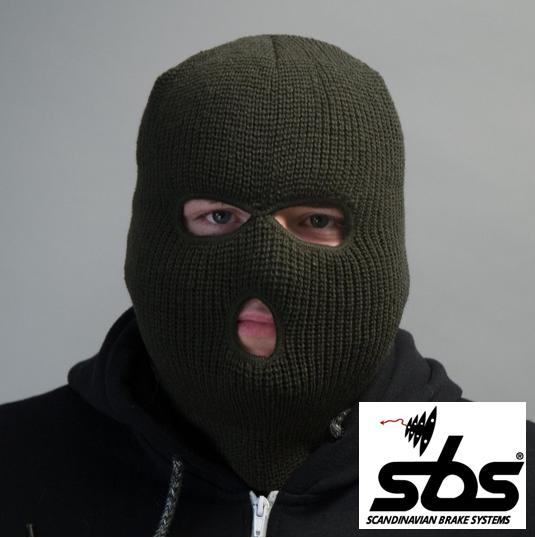 What do we want?  Balaclava Rights!  When do we want ’em? Now!

Where do we want ’em?  When approaching any burqa on the street.

Unlikely, since SBS overpaid Lebanese muzzie boss, Michael Ebeid ($3.8M), languishes off the taxpayer teat like his cuz Ahmed Fahour ($5.6M) at Australia Post.  But SBS wasn’t going to use an SBS migrant to host its anti-Australian propaganda programme.

Instead SBS deliberately chose two White middle-aged males to scream “Australians are racist!”  Propaganda is planned persuasion and SBS knows that if it chose two Sudanese, then its message wouldn’t cut it.  So SBS seconds Ray Martin (72) out of retirement and some university lefty Kevin Dunn of the University of Western Sydney which teaches Islam.  Both are funded by Australian taxpayers.

Then they get Sudanese Islamic Yassmin Abdel-Magied over from the taxpayer-funded ABC to peddle her Sharia misinformation. She’s that ignorant loudmouth African notorious for her pronouncement on the ABC: “Islam, to me, is one of the most … is the most, feminist religion, right?”

Know your propaganda message SBS then select the evidence that supports it!

Evidence?  Anyone its con artists can bait and candidly record in the street.

How much are these three wise monkeys being overpaid by the taxpayer to thrust Islam upon Ordinary Australians?

SBS pays an African and leftist actors to race bait Ordinary Australians in public places to tape record public response so it can say “Australians are bloody racist”.  Yet they confuse race with ideology with religion.

SBS unethical race baiting of Australians in the street: How can anyone face up to racism when you can’t see the racist’s freaking face?

The reality crap that SBS dishes out is palpable. Re-runs of Reg Grundy’s ‘Homicide’ and ‘Division 4’ would be better.  Instead we get this smart arse slur on Australians funded by Australians.  So what is SBS mission? To piss off Australians?

“Australians are tired of being called racist for defending our most essential values while the government throws public money at an activist media that undermines them. We are forced to pay for the ABC to ridicule patriots, smear conservatives and spin secure border policy as xenophobic.”    – Jim Ball, Feb 20, 2017.

SBS ignores these home truths, because it has a Leftist and pro-Islamic agenda. As if migrants are never racist towards their host Australians? Professor Kevin Dunn is the Dean of the School of Social Science and Psychology at the University of Western Sydney. These are his publications.

Spot a theme in all this?  Hint, it starts with “R” and it’s one-directional.  Kevin’s this White anti-White racist; no wonder he’s SBS’s latest multicultural messiah.

Challenge the barbaric burqa head-on!   Patriotic Australians could do worse than each buying a 3-holed balaclava and a baseball bat for their home.

Between 2016 and 2019, Australian taxpayers are funding the Special Broadcasting Service Corporation (SBS) to the tune of $814 million to run anti-Australian crap like:

And Australians fund all this 18C offensive, except Australians are banned from using 18C. “What is it with these people? Why do they hate Australia so much? Why do they manufacture the nonsense that Australia is more racist than anywhere else? On our tax dollar, too!”

“The ABC and SBS do overlap considerably. That was stated by an outgoing ABC chairman – but only when he was going out of the door.  The ‘racism’ and other ‘anti-phobe of whatever description’ is about superior brand and which has dibbs on more guvvy dollars. That comes down to political parties and what they get out of it.  Speaking of which, ACT Labor politician Bec Cody must be following Shorten’s lead, as in ‘a politician should never let the facts get in the way of a good headline’.

“There is no need for the SBS nonsense, nor the posturing and self-serving of Ray Martin, a very faded star, long past his due by date. The whole campaign is insulting and disloyal.”

“Anything is possible. The world’s most interesting celebrity, Ray Martin’s wig, has claimed five times membership of the mile high club. The rug on top and messing with Ray’s inflated ego.” “racism will just continue to grow because it is very favourable to be a victim. Industries are built around adhd and racism.”