“I had occasion back in November 2015 to refer to the fake news techniques of Fairfax hireling, Luke McMahon. I also detailed fake news from the distant past courtesy of the same stable of fabricators. (follow link below)

Nationalist and patriotic movements struggle in a hyper-hostile environment. The actual manufacture of ‘information’ by major media outlets has been a fixture in our fight. Sometimes, the lines of descent of a piece of misinformation can be bizarre, yet illuminating.

Sometimes, the information itself seems more than odd.  Consider that in 1988, a psychopath who had been domiciled in a mental hospital and who had an association with the Special Branch controlled Sydney branch of the Australian Nationalists Movement (a neo-nazi group which tried to sully the name ‘Nationalism’) constructed a tale that my former spouse and I were married on a jet belonging to an Australian gangster.

Some twenty one years later, a Fairfax journalist wrote that the same lady was an associate of the Griffith mafia.  The link in the story was that the ‘journalist’, Greg Bearup, also interviewed the co-leader of the 1988 neo-nazi group and gave him status as a confidential source. The ‘source’ then said various unverifiable things about – me! 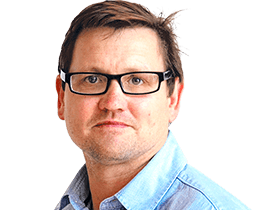 Yet, Fairfax had earlier used the same man in 1999 as a ‘shock-horror’ example of extremists infiltrating the Pauline Hanson party and had previously roundly criticised him.  Fake news?

How does one peel away the onion of lies?  And who can investigate Fairfax?

Consider that in 2014, the Sydney neo-nazi club Squadron 88 fabricated a story that a nationalist writer was “Jewish”.  Why do that?

The same group was based in a house owned by a former member of Nick Folkes’s Party For Freedom.  By direct recorded admission, the house was visited regularly by Liberal Party dirty tricks operative, Howard Crawford (and by Nick Folkes). Various members of the Liberal Party attended ‘meetings’. 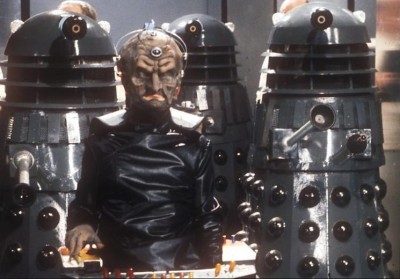 Now we find that just yesterday and according to Fairfax writer, Luke McMahon – the same nationalist is “Jewish”.

I can only assume that this false attribution of an ethnicity/religion to the fellow is some device to set him up for attack by mad elements? But again, how does the story go from a provocateur structure to the mainstream media?

Fakes news?  To talk about it is to throw the light on it.

I have said, for decades in fact, that the decided link between some media outlets and the fabrication of material targeting nationalists should be the subject of critical exposure.

In following this course, I have noted that from the time to time, the media groups return to smear in a new way, to create new irritants if the campaign upsets them.  If one lie is demolished, they find another.

Years ago, the editor of one paper actually admitted to me that they maintained a ‘dirt file’ on me and simply compose from there! Another journalist unwisely told a nationalist that he had written about me in a way that it was really intended libel but I couldn’t sue him.

In 1995, I complained against a paper for fabricating a story that these very ‘neo-nazis’ from the 1980’s were going to attack the Olympic Games in Sydney. An editor said that I was saying “he knows more about it than Special Branch”.

Indeed. It was the Sydney Morning Herald’s hero Superintendent Neville Ireland I named as actually controlling the group!   Of course, media used these groups, while ignoring what is said about them and their manufacture of stories.”

We must employ better our own media to undermine and harry the peddlers of fake news whomsoever they may be!

It starts with overhauling Australian media laws and media standards and upgrading a code of conduct that is nationwide.  For those who indulge in bias or propaganda, new national legislation needs to apply effective financial civil penalties, a show-cause judicial process and de-registration.

All media always have a right to publish all news and all views that is not inciteful.  Australia’s free speech values mandate that all have a free voice. Fake news peddlers deserve no protection to legitimate media registration.  Biased media have no right to claim objectivity or independence.