Da Islamic final solution?  Pray to Allah for rain. That’ll do it. 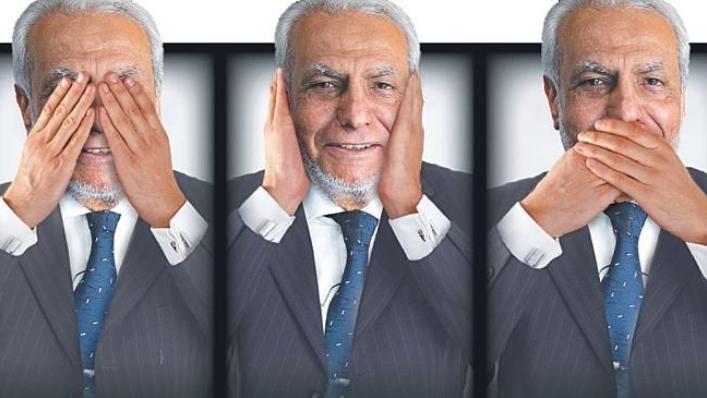 Reckons Ahmad Malas, director of the Lebanese Muslim Association:   “We felt that due to the meaning of this celebration which is about sacrifice, that we come together as a community and pray to god so that he can bring down rain.”

Ibrahim, Abdel and Ahmad, do youse think we came down in the last friggen shower?

You lot were going to pray en mass anyway because yesterday August 21 was your global Islamic Muzzie Easter (‘Eid al-Adha’ prayer festival).  That translates from Arabic as ‘Feast of the Sacrifice‘.

It’s some Arabic desert cult celebration of ancient Islamic Abraham and his willingness to sacrifice his own son to prove obedience to Allah’s command.  Nice religion.

The mass street prayer thing, had stuff all to do with Aussie farmers.  It brought no rain.  It made no bloody difference to our drought striken farmers and grazers.  It was just an excuse to take over the entire bloody road in Lakemba which the 30,000 smelly mat kissers threatened authorities they were going to do anyway. All the mass muzzie prayer thing did was reinforce the invading Islamic lobby call for more mosques in Australia.

There’s not enough room in the mosque for the growing uber-breeding Arabs.   It’s part of their publicity campaign to build a string of mosques.

“Get outa the way, so the hay runners can pass!”

What’s even more a muzzie con is that this ‘salat al-istisqa’ crap, so-called ‘rain prayer’, is a centuries old Islamic tradition of the Prophet Muhammad prayed at times of minimal rainfall and drought.

Why?  Because Muhammad lived in the Middle Eastern bloody desert in some cave, where it never rains.  Hello!

Arab muzzies can’t even say a pray for rain; rather they say “salat al-istisqa” because most of them here can’t even speak English.

Even this would have more of a chance: This one’s obviously getting cold: Perhaps a haka with feathers could be the go: Ahmad Malas reckoned in is media statement to none other than ethnic SBS:  “Whatever happens to the wider Australia community, it directly affects the wider Muslim community…when it comes to issues like this, we stand in solidarity to support those in need.”

If those of the Islamic faith were loyal to Australian values and culture and genuine in becoming Aussie, they would decommission their 340 imposed mosques around Australia, sell off the land, donate the takings to rural Australia and convert to an Aussie Christian faith or else become agnostic at their choice.

Even better, return to the Middle East!

NSW Labor’s islamic MP for Lakemba Jihad Dib (speaker below outside mosque) couldn’t help himself yesterday by using the occasion to get stuck into outspoken Aussie Fraser Anning:

“For all those voices of hate, what I’d suggest to them is actually come down and spend time with people a little bit different to them and understand our Australia story is made up of 25 million different stories from all parts of the world.  Don’t just go out spewing your bile, get to know people, get to understand where they’re coming from. And you’ll see is that they are really proud Australians but they’re also not going to forget their heritage and I think that’s what really strengthens us as a nation.” The Islamic story goes that before Abraham could sacrifice his son, Allah provided a sheep to be sacrificed instead.

But this year that will piss off all them blood butchering muzzies back in the dry Middle East.

The lamb’s quite off on arrival weeks later in the 40+ Celsius Middle Eastern heat, and the fly blown maggots are well fattened by then. Agriculture Minister David Littleproud also imposed stricter conditions on the live export trade, including permitting fewer sheep on voyages and increasing the space they must be allowed while at sea, as a result, the export industry has all but dried up.

Selling discounted Aussie lamb and mutton to the Australian domestic market is recommended.

So 2018 is set to be a lamb drought for Middle Eastern muzzies.  No lamb Kebab, Kibbeh, Kofta, Machboos this year.  Just round up the muzzies and Awassi Express them live export back to the Middle East. Or hey, opportunity to convert to Pork dudes:

Watch this Beirut kibbutz training film from 1961 proposing Israel engage Palestinians to roll out a chain of hog farming across the Negev Desert.  עסן אַרויף