I am António Guterres (70) a Portuguese politician.  I hate Whites. I conned to be United Nations High Commissioner for Refugees between 2005 and 2015.  “I now control the world by being promoted to United Nations dictator and I pledge to undermine and destroy the White First World”.

Guterres, a former Socialist Party prime minister in his native Portugal, took over the top job at the UN on January 1st, having previously served as the institution’s High Commissioner for Refugees.  Guterres is so personally vindictive since when he was 4 with ADHD, autism and asbergers – all PC syndromes.  These days the medication makes him hallucinate.

Guterres:   “Hee Hee!  If you are White, I am sending mass uber-breeding blacks to invade your country, town, home.  Live in fear with me in charge!”

Guterres has a unilateral plan to impose global mass migration from the Third World to the First World, and that includes overrunning Australia.

Europe is a mess (mass rapists, jihadists, misogynists and haters of the West) all thanks to the United Nations globalist agenda which is destabilizing free societies and endangering the freedom of free speech and the rule of law.  Guterres policy is to leave the gates wide open for any and everyone to enter, including those who have openly issued jihad threats.

The United Nations is dominated by Third World nations with First World envy.

“Reaffirming the civilizing and historical role of the Islamic Ummah which God made the best nation that has given mankind a universal and well-balanced civilization in which harmony is established between this life and the hereafter and knowledge is combined with faith; and the role that this Ummah should play to guide a humanity confused by competing trends and ideologies and to provide solutions to the chronic problems of this materialistic civilization.” 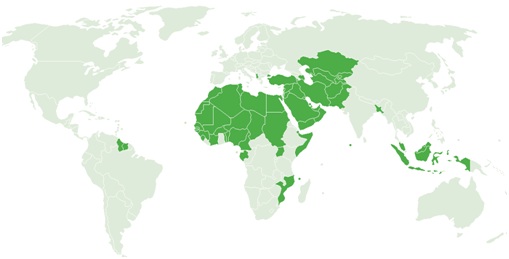 In mid-December, the OIC weighed in on mass migration into Europe — not surprisingly supporting the hijrah — with the lie that Europe needs mass Muslim migration to pay its pensions. Out of the 1.2 million migrants who flooded into Germany in 2016, only “34,000 or 2.8% have found a job,” while only one-third of 1% found jobs in Sweden. In Britain, migrants were found to be “a net drain…on the order of between £115 and £160 billion.”

So now, OIC puppet and socialist António Guterres is out to convince all that “Migration can benefit the world.”

President Trump has righty rejected Guterres’ plan summarising it as “no borders, everyone can come in!” and reaffirming that it is “simply not compatible with US sovereignty.”  That is, bugger off UN!

Mad man António Guterres persists. Since his regime came to power in January 2018, Guterres has declared :

“UN member states should prepare for great migratory movements.  Europe and the entire Western World must prepare for the flood of Africans.”

Currently, nearly 1,3 billion people live in Africa, and by the end of this century there will be 350% more, or 4,4 billion.1) It is obvious that the continent, whose inhabitants are not able to feed themselves, let alone achieve an adequate level of urbanization and industrialization, cannot cope with such a sharp demographic increase. The UN therefore came up with the idea of resettling Africans to Europe and highly developed countries on other continents. 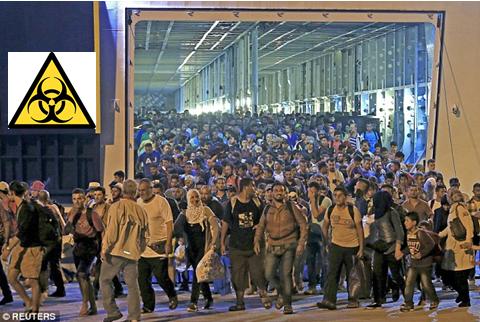 At the end of 2016, just after his election as UN Secretary General, António Guterres said: “We must convince Europeans that migration is inevitable and that multiethnic and multireligious societies create wealth”.2) It can be assumed here that the goal set by the former UN commissioner for refugees (A. Gutters served this function from June to December 2015), is to promote migration, give it a legal framework and manage it globally.

The first major step towards formalization of this phenomenon was the creation of the “Making Migration Work for All” report, which says in no uncertain terms that nation-states are to cease to exist. The document says that migration would be beneficial to everyone. And it is beneficial… to migrants alone (who apart from being accommodated in apartments live on undeserved entitlements) rather than to the average European who has to work to make a living for himself and his family, pay for his home and, additionally, provide for millions more newcomers.

” We (UN) will manage it, and you (Western countries and societies) have to adapt.  The fundamental challenge is to maximize the benefits of this orderly, productive form of migration while stamping out the abuses and prejudice that make life hell for a minority of migrants.”

How this UN propaganda?

This is scary but true.

It sounds like the dribble spat out by Malcolm Turncoast and Good Debt Scomo in that hate bush capital Canberra.

Watch the smooth-talking diplomatic wolf plugging that all Third World migrant freely to the First World.

This is the cause of UN sheltered work-shopped Secretary General António Guterres.

So we all en-ruin the First World back to Africa because geriatric Guterres hold’s personal racist hate towards Whites and has forgotten his medication.