On this day twenty years ago (June 12, 1996) while on Army night exercise, two Australian Army Black Hawk Helicopters collided in midair shortly after dusk in the Army’s High Range Training Area about 90 km west of Townsville.   The accident occurred during an exercise to practice the recovery of Australian citizens held hostage by armed terrorists ahead of the 2000 Sydney Olympics.

Six Black Hawk helicopters and 24 aircrew from the 5th Aviation Regiment and 43 soldiers of the Special Air Service were conducting a live-fire airmobile assault on a simulated terrorist position.  As the formation reached the target zone, two helicopters collided. The lead helicopter, Black 1, veered right and converged on an adjacent helicopter, Black 2. As a result, Black 1 struck Black 2 with multiple rotor blade strikes.  The lead helicopter crashed to the ground upside down and was consumed by fire. The second helicopter entered a flat spin before crash landing in an upright position. It too was destroyed by fire.

Eighteen Australian servicemen perished and a further 12 were injured—some critically.  There were heroic acts in the face of this terrible accident. The reaction at the crash scene was cool-headed, courageous and swift.  Despite the confusion of the collision and the crash and the danger of flames and exploding ammunition, those at the scene acted quickly and decisively to evacuate the injured.

This was the largest peacetime disaster to strike our armed forces since the Voyager collision of 1964.  That was another ADF botch up with hundreds of Navy personnel abandoned by our government.

Cause of the Collision

Those injured immediately blamed the crash on the dodgy night vision goggles issued by the Army to the helicopter pilots. The field of vision was narrow denying the pilot peripheral vision to see objects to the side, such as a helicopter in close formation.

Peripheral vision is critical for flying, especially dynamically unstable helicopters, and even more so at night when visual clues are lacking in the darkness and the factors of night illusions (‘visual autokinesis’), ‘depth perception distortion’, ‘the central blind spot’ present night flying hazards.  These are all well-known in aviation medicine.

So add tunnel vision goggles and wait for the collision.  If you can’t see where you’re going, you crash.  With shit equipment, shit happens.  And while the Army admitted to failing to provide sufficient training for night flying in formation, it blamed the pilot and not the dodgy goggles.

What would the Army know about flying?

The goggles used were new technology still in test mode imported from the United States.  They were AN/AVS-6 Aviator’s Night Vision Imaging System (ANVIS) manufactured by Intevac based in Connecticut. 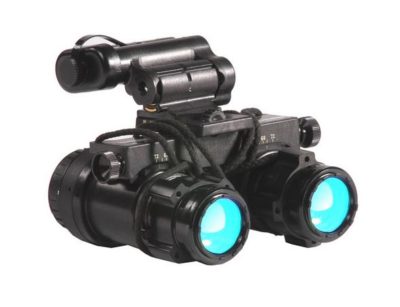 Following the horrific tragedy, the Chief of Army, Lieutenant General John Sanderson appointed an internal military Board of Inquiry. The Board was supposedly to establish the primary and contributory causes of the accident, including possible disciplinary action recommendations and other procedural recommendations to prevent a repeat.

Although it was mainly open to the public and to the survivors and the next of kin, the survivors were not convinced with its authenticity or independence and some ended up suing the goggle manufacturer anyway.

The Board of Inquiry conducted hearings in Perth, Townsville and Sydney over a period of three months. It took evidence from 144 witnesses, accepted 215 written exhibits and considered numerous instructions, correspondence and statements.  The Board’s Report, which was submitted to the Chief of Army on 20 December 1996 comprised more than seven thousand pages in seventeen volumes.

What was not explained was why the lead helicopter turned, or did it just veer, because the goggles restricted the pilot’s vision? 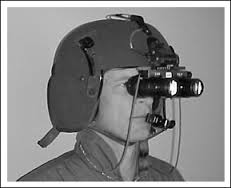 The Army Board dismissed irrelevant causes such as the Black Hawk helicopter being defective or shots not being fired – as if to pad out its token report.  Significantly, The Army Board concluded the accident was not caused by unserviceable night vision goggles.  The key descriptor here is “unserviceable”.  They worked as intended, but then they were just dodgy in design – tunnel vision stuff.   So this conclusion was a cop out. 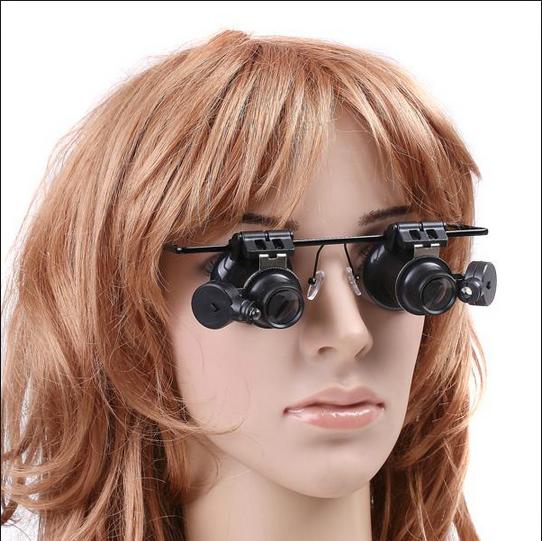 Army uses these for cleaning rifles, so hey, let’s try em in the air?

The Board concocted 16 direct causes plus another 26 contributing factors – again to pad out the report to look like the inquiry was comprehensive.  But it was a cover up.   The Army excused the dodgy equipment and instead blamed the lack of pilot training – operations planning, preparation, rehearsal and conduct of night exercises.  So who is responsible for insufficient training?  The Army conveniently blamed the dead pilot of Black 1, stating “The Flight Lead in Black 1 lacked experience in leading special recovery missions.”

Bastards.  There was no crash data recorder fitted to the helicopters so they were guessing as to why it veered. Then the Army admitted it should get “improved night vision goggles”.  Hello!

And it had the gall to report that the crash cost the Army $37 million in equipment loss.  Give a shit!  It’s dumb F-35 duds are set to cost $15 billion, not million, and even old MiGs perform better, and the heavy helmet decapitates short pilots.

Liberal Senator Ian Campbell in 1997 on behalf of the Minister for Defence dismissed the accident as counter terrorism training being “inherently dangerous”.  Oh yeah? Lessons learned?

In 1996, a Black Hawk carrying the then Prime Minister Paul Keating nearly crashed coming into land.  In 1992, two men were killed when their Black Hawk crashed while training in Queensland.  On November 29, 2006 as the Navy ship Kanimbla sat off the coast of Fiji, one of the army’s Black Hawk helicopters crashed on landing.  Pilot Captain Mark Bingley, died from injuries along with crew member, J. N. N. Porter.

Then the Army decided to take administrative action against five Army personnel – scapegoats.

And the Army realised that because the accident occurred in peacetime, not in wartime, the compensation to those injured and to the dependants of those killed or injured was inadequate under the Veterans’ Entitlements Act or the Military Compensation Scheme.

Nice.  Clusterfucks happen in the military.  It’s incumbent on the military to look after its family when it does.

So those involved see this as just another case of faulty equipment being issued to our troops.

Former SAS trooper Gerard Bampton, who was paralysed in the crash and who has since been confined to a wheelchair, is convinced that the night-vision goggles (NVG) used by the air crew were not up to military standard.  He’s probably right. And the Army helo pilots have almost certainly been gagged by Army.  Bampton, pissed off with the inadequate compensation from Defence, is still seeking about $1.2 million in damages from the manufacturers Intevac and ITT Industries in the United States.

Bamton says he has struggled to survive on his disability pension, which was about half his former wage, and has taken medication for pain and depression.  Mr Bampton said he was acting as a ground troop on the night of the accident.

“The pilots and load masters wore (the goggles), because flying at night with no lights, it was for them to see where they were going,” he said.

But in close formation?

Soldiers Sue the Army and the Goggles Makers

Widows and families of the soldiers and aircrew killed in the Black Hawk disaster are suing the makers of night vision goggles.  On October 21, 2002 a lawsuit was filed in Queensland, Australia by Gerard Bampton, a member of the Australian Special Air Services Regiment who was injured in the 1996 crash.

Lawyer Damian Scattini, who is acting on behalf of 19 plaintiffs, filed a multi-million dollar lawsuit in the Supreme Court in Townsville.  He said the claimants, including former SAS soldiers injured in the tragedy, would argue the goggles were not safe for use in the training exercise.

“In certain circumstances, and those circumstances we believe applied that night, they produce visual illusions where something can be seen as much further away than it actually is, such as another helicopter,” he said.  “We say the United States manufacturers knew or ought to have known about this.  “If they had bothered to tell us, tell the Australian Army and in particular the people of 5th Aviation this, then they would not have been in that dangerous a formation that night.”

Mr Scattini said the goggles were worn by the pilots and the load masters, whose job it was to judge the distances between the helicopters. 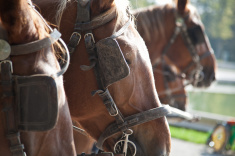 The legal action began in the United States but a Connecticut court decided in November last year it should be heard in Australia.

ITT has not admitted it supplied the goggles and has cross-sued the Commonwealth of Australia, alleging that responsibility for safe use of such goggles rest with the Defence Department.

Bampton’s lawyer, Damian Scattini, has filed an affidavit in support  of the claim, alleging that the goggles could have caused visual illusions and image disparity. He quotes a facsimile from an ITT employee which he says indicates the goggles had been cited in legal action over another fatal air crash in the U.S.

“ITT was sued by survivors for having sold goggles to the U.S. that were in use when some aviator crashed,” wrote Don Cleary in the March
1997 fax, which is an exhibit in Bampton’s case. “We have been advised not to recommend any tubes for flying, either Gen II or Gen III
standard in effect in the early Gen III days.” Scattini’s affidavit claims that the goggles used were not of Gen III standard.

Scattini says the question for Defence is whether they knew if the night-vision equipment was not to military aviation standard when it was purchased and supplied to the crew. He claims he was refused access – on national security grounds – to a report that blamed the goggles for the crash but which was dismissed by the inquiry as merely a draft document. Scattini says the author of the report was prevented from completing it. He believes another document exists warning that the Australian Defence Force practice of mixing components in the goggles made them unsuitable for flying.

So it is one big Defence corrupt Cover Up. 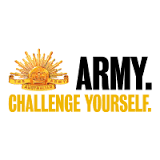 “We need closure,” says Gaye Tombs, who lost her SAS trooper husband Brett in the crash.  “We want compensation. We want the government to honour the men who sacrificed their lives and do the right thing by them – to honour their service to the nation. It needs to be responsible for the actions that created this disaster.”

Australia has capacity to be the best there is.  Pity Defence is so dysfunctional