The deadly Ebola virus arrived in America yesterday as a black Liberian man disembarked at Houston.  He reported with fever at a Dallas hospital yesterday, ten days after landing in Texas USA September 20.

Officials at the municipal Texas Health Presbyterian Hospital have confirmed that the black man has tested positive for Ebola, so he is being kept in isolation.  It is not yet known if he has infected others since his arrival or others on the same flight from West Africa. 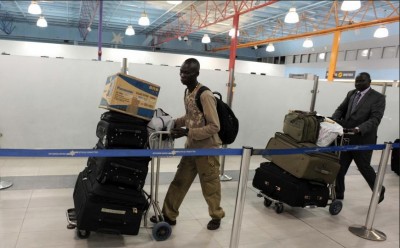 Since September 20, 2014  Ebola has gone intercontinental

On August 7, US Centre for Disease Control (CDC) Director Dr. Tom Frieden testified before US Congress that it’s only a matter of time before someone with Ebola gets on a plane and arrives in the U.S.

Now it has happened, Obama!

Yet standard medical response is that if Ebola started spreading inside the United States, the responsibility for quarantining Americans who fell ill with the deadly virus would fall to local hospitals.  So Texas Health Presbyterian Hospital has been the guinea pig of a dumb contingency.  Difference here is the victim is a foreign black Liberian, who landed in Texas ten days prior and travelled between Houston’s George Bush Intercontinental Airport and downtown Dallas, possibly infecting hundreds unknowingly.

Where was US quarantine/CDC in checking inbound passengers from Africa?

Dr. Elizabeth Lee Vliet, MD, and a past director of the Association of American Physicians and Surgeons, is a respected US doctor voicing her concerns to American citizens.  Vliet said, “American hospitals already have a problem with prevention of MRSA, a type of staph infection, and clostridium difficile, or C. difficile. According to the CDC’s own estimates, 5 to 10 percent of hospital patients in the U.S. get some kind of preventable infection. Approximately 1.7 million of these infections occur in U.S. hospitals each year, resulting in 99,000 deaths and an estimated $20 billion in health-care costs.”

“U.S. hospitals already have difficulty controlling the growing spread of in-hospital acquired infections particularly with MRSA and C. difficile, and I am very concerned, based upon that difficultly, that they would not be well equipped to handle the extreme precautions needed for Ebola, if they had large numbers of patients to treat.”

Ebola is presumed to spread only through contact with body fluids.  But infectious disease experts as well as virologists and even bio-weapons specialists are worried that this particular Zaire Ebolavirus strain risks mutating and spreading between people through the air, making it as contagious as a cold or the flu, so transmitted just by a cough or a sneeze.

Dr. Michael Osterholm, director of the Center for Infectious Disease Research and Policy at the University of Minnesota, USA says, “It’s the single greatest concern I’ve ever had in my 40-year public health career,” said “I can’t imagine anything in my career — and this includes HIV — that would be more devastating to the world than a respiratory transmissible Ebola virus.”

Ebola is an RNA virus, which means every time it copies itself, it makes one or two mutations. Many of those mutations mean nothing, but some of them might be able to change the way the virus behaves inside the human body.

There is no vaccine and no known cure.  The experimental Ebola treatment ‘ZMapp’ is not ready and won’t prevent the epidemic spreading.

US Congress Senator Democratic Whip Dick Durbin has publicly stated that he’s specifically concerned that people could try to hide their symptoms to travel to the United States for treatment.

Durbin said, “I am worried because many people, who — I’m told — have the symptoms are afraid to say anything. Their local governments will quarantine them and not treat them, so they’ll just die. Some of them, in desperation, get on airplanes to get out of the country to save their lives.”

Other senators say there is a chance that as the virus spreads, it could mutate in a way that would make the disease more communicable or deadly.  It is out of control across West Africa.

A CNN/ORC poll released Tuesday found that 27 percent of Americans say they are “very” or “somewhat” concerned that they or a member of their family will contract the deadly virus.  Nearly a third of women and a third of nonwhite voters believe there’s a chance someone in their families could contract deadly black Ebola. 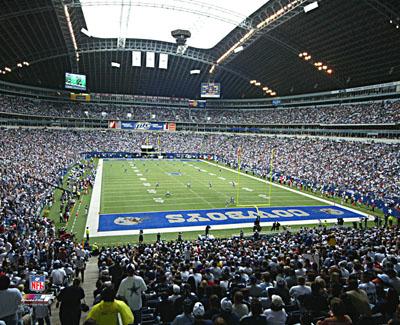 Meanwhile, President Obama has not cancelled any flights from the Ebola contaminated region into the United States, despite the virus having now killed more than 3,000 people across West Africa and infected a handful of Americans who have traveled to that region. African flights continue to fly to schedule.

Several international and regional airlines have cancelled services to Liberia, Sierra Leone and Guinea as a precaution.   Some Air France flight crews have point blank refused to board planes bound for Guinea, Sierra Leone and Nigeria over fears of the Ebola outbreak. 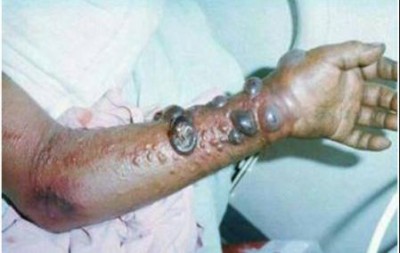 “It’s dangerous. Ebola’s about as bad as it gets”
– physician Daniel Lucey, adjunct professor at Georgetown University Medical Center in Washington D.C.

Of course, the true numbers in each of these countries is expected to be much higher according to Medecins Sans Frontieres on the ground.  Nearby Cameroon has closed all its borders with Nigeria as a containment precaution.

In the Liberian capital Monrovia, 30 soldiers have contracted Ebola.   For the 3000 US soldiers being drafted for Obama’s black-ego Ebola Mission, this could be a death sentence.  The protective suits are saunas.   Retired US Lt. Gen. William G. Boykin has charged that sending American troops to combat Ebola in Liberia is “an absolute misuse of the U.S. military.”

Popping off ISIL ragheads would be a preferred deployment. 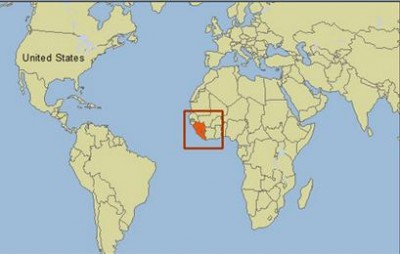 The detection of Ebola in Texas yesterday is believed to be the first case of the disease to be diagnosed in the United States, according to federal health officials.

Previously, four American Christian missionaries became infected while volunteering in West Africa.  They were flown back to the US to have been treated in special isolation facilities in hospitals in Atlanta and Nebraska.  An American doctor exposed to the virus in Sierra Leone remains under observation in a similar facility at the National Institutes of Health in Washington DC.

The U.S. has only four such isolation units, yet hospitals like Texas Health Presbyterian Hospital claim they can safely care for someone with Ebola.  Cold comfort!

The US Center for Infectious Disease (CDC) has been accused of being unprepared and incompetent.  The Canadian public health advisory has more detailed research than the CDC, and Canada talks about airborne transmission of Ebola in much more specific terms than the CDC does.  For instance, the Canadian public health advisory says Ebola virus also stays active longer in body fluids such as blood and semen than most other viruses – up to 61 days in semen after the onset of illness, and transmission of the disease through semen has occurred up to seven weeks after a man has recovered from the illness.

Ebola symptoms can begin up to 21 days after exposure. 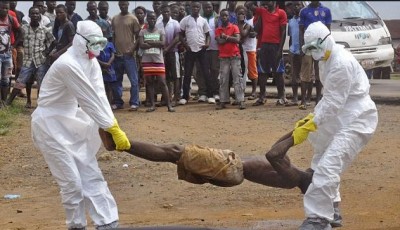 Three weeks ago an African passenger queuing at Departures in the Lagos international airport in Nigeria, suddenly collapsed.  He had been on business from Ghana and was about to board a return flight to the capital Accra.    It turns out that Mr. Akunne Osei had taken ill on Saturday August 9 and started uncontrolled “stooling”. When the situation got worse, he called his doctor in Accra who instructed him to return to Ghana immediately for further treatment.

During boarding formalities for his return trip to Accra, at the Lagos international terminal Mr. Osei, who had become weak at this time, was subjected to Ebola Virus test by port health officials, the result of which was negative. 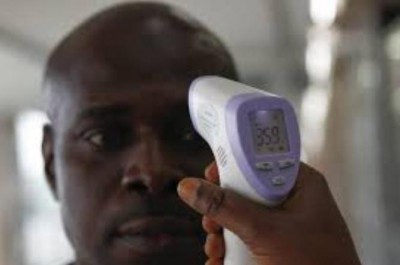 No further attention was paid to him after his Ebola Virus result read negative but the passenger later slumped and died around the port health office.   News of the Ebola passenger sparked panic at the Lagos airport.

On August 20, two black men from Nigeria had flown to Austria from Murtala Muhammed Airport Lagos, Nigeria’s busiest airport.  Days later they developed a fever and were hospitalised in the northern Austrian city of Voecklabruck.  Blood samples taken of the men were sent to a laboratory in Germany, and tested negative for Ebola. 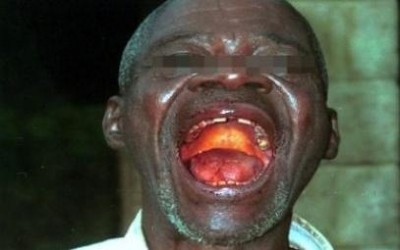