In 2013, Australia actually deported Indian migration agent fraudster Randeep Singh Waraich.  He was stripped of Australian citizenship and rightly deported back to where he cometh.  Shock horror.  At the time, the case attracted headlines and a startling revelation that he would become only the 15th person to suffer that fate in 64 years. 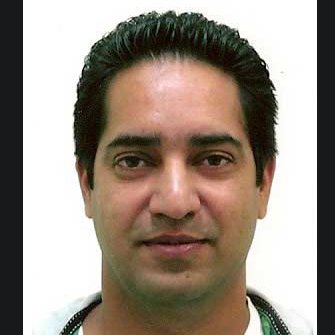 Indian Randeep Singh Waraich, one of only a few migration agent fraudsters deported

This is lily-livered Leftism gone mad!  Australia instead needs to get serious about its border protection.  As PM, Tony Abbott stopped the boats only to continue to fly the planes.  We need stronger immigration laws not weaker ones.  We need a Department of Deportation to ramp up the deportation process. Deportation should be a daily exodus in Australia until the place has been properly fumigated of the foreign fleas.

The Indian was found guilty in an Australian court of supplying false ­information in his ­applications for Australian visas and citizenship documents for his Indian countrymen.  He was fined, stripped of citizenship and auto-deported.

Deportation of criminal foreigners needs to be the Aussie rule, not the exception.  An Australian visa is a privilege not a right.

Frankly, Australia’s Office of the Migration Agents Registration Authority (MARA) is a scam department that needs to be shut down and investigated for corruption. It has a compliance and governance record more notorious than the Foreign Investment Review Board that let’s anyone buy anything. 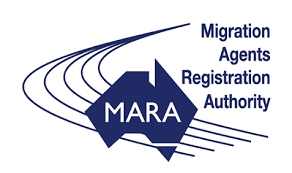 It is run by foreigners to bring more of their own over here.  It allows anyone aged 18 or over paying a token application fee of $1760 and then annually $1600.  Rules are slack under Australia’s antiquated Migration Act 1958 which was designed for post-WWII Europeans, and has long been abused.  The sixty year old Migration Act needs to be repealed.

Sham marriages is just one racket. Aussie women are being offered up to $60,000 to wed Chinese men desperate for Australian citizenship. In Sydney’s ethnic Chinatown enclave, Top One Consultancy Services recruits Australian born or naturalised brides in Australia (of Chinese ethnicity) to hook up with Chinese men it solicits on the internet.  It’s all about Chinese getting into Australia through the back door. It’s all dodgy.  They also provide divorce counselling down the track.

Universities and dodgy private institutions in Australia want migrants for their full-fee-paying up front cash students.  Real estate agents want the migrants for their cash commissions.  Many of these operators have based their agents in the target countries. 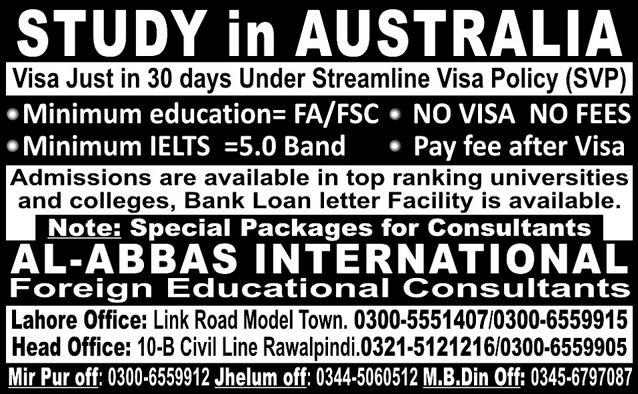 Last month 7-Eleven was exposed as nothing but a rorting visa factory for Indians and Sri Lankans coming into Australia through the migration agent back door.  7-Eleven has for years sponsored kaffirs to work as slaves at 7-Eleven convenience franchises for upfront visa fees of between $25,000 and $70,000.

A report has found evidence that, “some franchisees are running as one-stop recruitment shops providing a steady stream of heavily indentured students and other workers into 7-Eleven stores. Foreign students as well as workers on 457 visas are understood to be part of the “visa factory” scam operated by some 7-Eleven franchisees.” 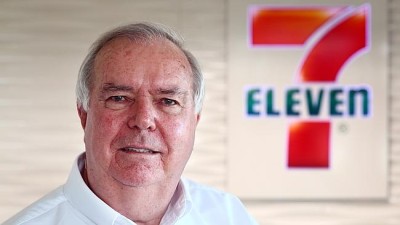 And Australian universities are paying more than $250 million a year to migration/education agents to recruit cash paying international students.  The universities just turn a blind eye.  Sydney Uni, Melbourne Uni and the ANU all know these agents are corrupt and manufacture and deal in fraudulent documents.  Commissions paid by universities, which in just the past four years may have totalled more than $1 billion of public funds, are often not disclosed.

In April 2015, ABC Four Corners media investigation documentary ‘Degrees of Deception’ exposed evidence of many such ‘prestigious’ universities in Australia colluding in the submission of fraudulent foreign student applications.  The University of Western Sydney (UWS) terminated services with four dodgy overseas migration/education agents after discovering they had funnelled fraudulent applicants into the country.   The Genuine Temporary Entrant (GTE) screening of applicants is a farce. So what do you call a non-English speaking Masters Degree at an Australian university these days?  A Weetbix Degree?  Foreigners and forcing down academic standards.

Not only are the foreigners and their agents engaging in corrupt conduct, so too are the international offices of these universities.  In New South Wales, the Independent Commission Against Corruption (ICAC) is taking an interest, warning universities that they are creating conditions “conducive to corruption”.

The University of New South Wales and the University of Wollongong are actively targeting cashed up students in India, well aware that student application fraud is rampant. 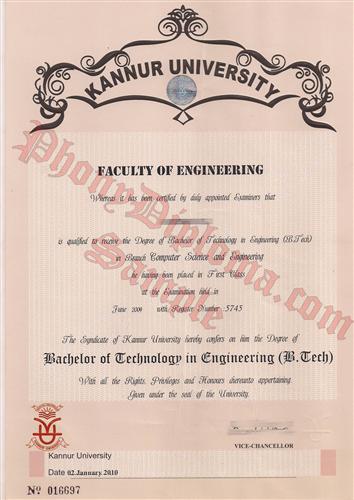 The University of Newcastle (UON), which has paid previously undisclosed commissions totalling almost $24 million to agents since 2010. The university has also recently splurged on hospitality for its agents. Last year, its budget for entertainment soared from $7,850 to more than $36,000. Its spokeswoman explained that, in 2014, “the university hosted a major summit in Australia for its offshore agents, as well as summits in regional hubs across Australia”.

The average incentive paid to agents by the Queensland University of Technology, for example, is 15 per cent of first year tuition. Macquarie University pays a range between 10 and 15 per cent.  James Cook University in northern Queensland in 2013 paid commissions worth $19 million.

Only 12 universities of the 40 public institutions around the country report the total commissions they pay their agents among other operating expenses in their annual financial statement.  Among those universities who wish to keep details private the commissions they have paid to agents, are RMIT University, the Australian Catholic University and the University of Melbourne.

Former employee of Australia’s Immigration Department (currently Department of Immigration and Border Protection), Indian Ms Reetika Ajjan was moonlighting as a migration agent.  She and her Indian husband Jeetender, were involved in a $3 million visa racket and managed to flee Australia with more than $1 million days AFTER their home was raided by federal police. 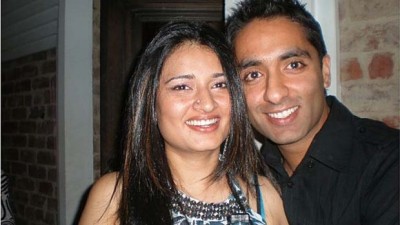 The crooked couple were also able to wire $1.2 million to India in the days after the raid and before they fled to India.

The kaffirs had processed more than 1,000 fraudulent visa applications for their countrymen into Australia.

With all the Indian and Sri Lankan illegals processed in Melbourne, Australian Border Force’s Operation Fortitude last August should have gone ahead in Melbourne’s CBD.  Officers would have fished out hundreds of illegals, just by looking at them. Immigration official and former Assistant Director of Investigations, Wayne Sievers, stating, ”Major organisers of fraud on Australia’s immigration and citizenship programs realistically need have little fear of detection, arrest or prosecution.”  Unregistered immigration agents are charging up to $A30,000 per illegal immigrant. A part of that fee finds its way to complicit immigration officials, without whom the fraud doesn’t work.

No figures are available on the number of immigration officials, if any, who have been arrested. But there are certainly big dollars available when you cooperate with crooked Middle-Eastern and Asian immigration agents here in Australia. Adidas, the choice of jihadis

Journalist Larry Pickering is on to it.

“Just have a bo peep at the predominance of customs and immigration officials who are of “Middle-Eastern” appearance.

If 120,000 illegal immigrants poured unimpeded through Australia’s airports under Rudd and Gillard, and home-grown Islamic extremists can come and go as they please on each others’ passports, then our current Islamic problem is of our own making.  Of course there are another 30,000 illegal, unprocessed boat arrivals the delightful Julia let loose into our suburbs prior to the last election and others that used our taxes to engage Labor law firms to appeal and reverse immigration panels’ decisions that they were “undesirables”.

Middle-Eastern immigrants can make far more money on the foster-care and insurance scams while on disability pensions and a raft of other benefits worth thousands a week. Why would they want a job where they’d have to pay pay taxes and lose all those yummy benefits?

Illegal Muslim immigrants never intend to work! They arrive for the benefits that will allow them the freedom to preach our demise.

Anyway it’s almost impossible to employ a Muslim; he prays five times a day and needs Fridays off at the local mosque for more serious prayers and to watch some new ISIS videos with his mullah after which he is sufficiently aroused to go hunt down some pesky infidels.

So why is he attracted to customs and immigration departments? Hmmm.

Well, the answer may be buried in this little statistic: Since the Rudd Government came to office, there have been almost 1,000 complaints of corruption by customs officials. And who is making these complaints? The public perhaps? No! Each complaint has come from other honest officials, mostly Australians.

You see, only other officials can actually detect exactly what these fleas are up to.

Then the Abbott Government issued new licences to migration agents previously identified by the Immigration Department as having bribed employers to obtain fake work references for visa applicants. WTF?” Here’s some current ‘education agents’ just to get some idea.  Spot the Aussie!