Duncan Lewis needs to be sacked for incompetence, if not for early-onset dementia. 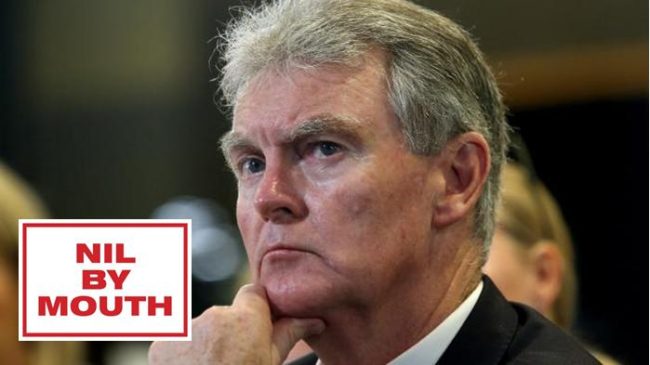 “ASIO director-general Duncan Lewis should learn to shut up occasionally. It is extremely unhelpful to have the Australian Security Intelligence Organisation boss so often at the heart of partisan controversy.

Public interventions by the ASIO boss should be rare, telling, and concerned narrowly with operational matters.

Playing a dead bat at Senate estimates is surely one of the most elementary skills of a senior public servant. The first objective for every bureaucrat is always the same: don’t create a story.

Lewis’s further comments yesterday — that it is not being a refugee but embracing a radical perversion of Sunni Islam that leads people to become terrorists — is at least an advance on his weird position in 2015 that it was incorrect and damaging to security to mention Islam and terrorism in the same sentence.

Of course the overwhelming majority of refugees are good Australians. Of course being a refugee does not incline you towards terrorism. But the people want their leaders to talk honestly about this, and in Australia and other countries some refugees or their children have carried out, or attempted, terrorism. Last week Lewis seemed so keen to repudiate Pauline Hanson’s line of questioning that he gave a declaratory answer that was open to misinterpretation. At the very least, that’s dumb. 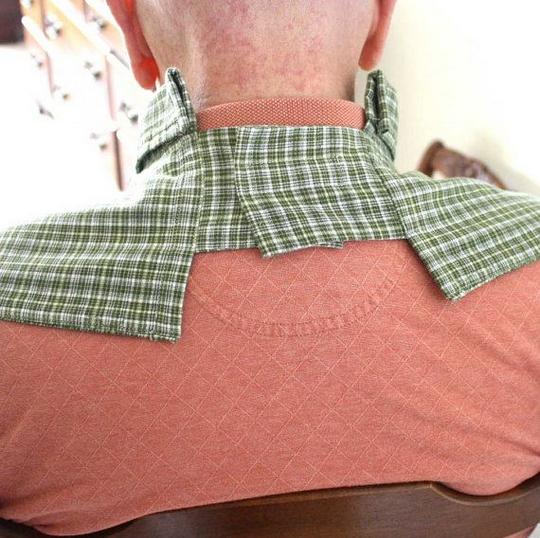 But the Turnbull government is at fault too. Apart from the narrow issue of border security, it seems too often incapable of managing the politics of security, which ought to be second nature for a conservative government. What on earth is Attorney-General George Brandis doing arranging for Lewis to brief the partyroom on a controversial matter?

Minister, here is how our democracy works: the minister gets the briefings from specialist agencies, takes those briefings into account along with other factors in making policy and political judgments, and explains those judgments to colleagues and the public.

This government publicly leans on ASIO advice in a way that is creepy and embroils ASIO in needless controversy. But by far the single weirdest thing the government did this week was announce an additional troop deployment to Afghanistan in an answer by Defence Minister Marise Payne at a Senate estimates committee. Good grief! 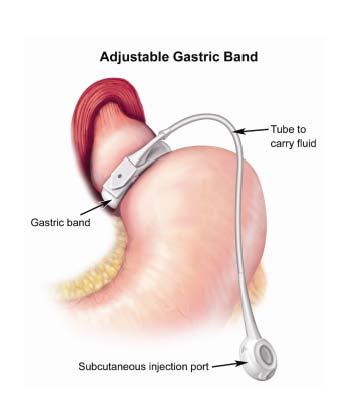 The government apparently thinks this so trivial it uses its most anonymous minister in the most inappropriate setting to sneak the announcement out as quietly as possible.”

“We must never ignore evil threats from extremists“

“The Coroner’s report into the Lindt cafe siege in Sydney should be the wake-up call that Australia desperately needs.

The basic problem is contemporary Australia has a tendency to treat people with kid gloves, even when they’re abusing our goodwill.

This is true in a whole host of ways. We give welfare rorters the benefit of the doubt. We give economic migrants pretending to be refugees the benefit of the doubt. We make excuses for criminals rather than making punishment fit the crime. But above all, we refuse to believe that Islamist fanatics really mean it when they say they’re coming to kill us. 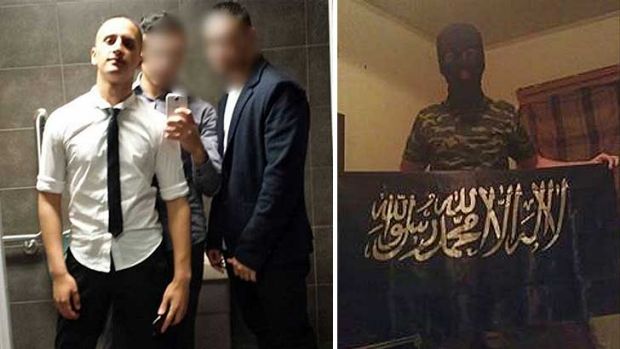 Islamo-refugees are already inside our city walls, thanks to Greens-Labor invites, and the spread of islamo-schools

Since 9/11, it should have been obvious that there’s a strain of Islam that believes quite literally in “death to the infidel”.

The root cause of this disorder is not mental illness, poverty, Islamophobia or Western foreign policy.

It’s in the Koran, which too many people take literally. We pussyfoot around the fact many passages of the Muslim holy book command things that are completely incompatible with modern Western life, and even justify terrorism.

Of course, there are some pretty bloodcurdling passages in the Bible, too, but there are popes, archbishops and moderators-general to tell us how it should be interpreted to suit the modern world.

Islam mostly lacks this interpretative tradition. Official Islam has been largely untouched by the precepts of the Enlightenment.

Indeed, there’s a chronic tendency to make excuses for bad behaviour by the “brothers” or to deny that it’s even happened.

Instead of demanding Muslims in our country conform to our rules, we try to create “safe spaces” for everyone even though that sometimes means creating very unsafe spaces for us.

So the Centrelink rules are unofficially adjusted to tolerate multiple wives; schools allow Muslim boys to refuse to shake female teachers’ hands; and municipal pools are segregated to appease medieval attitudes to gender.

In other words, we tolerate from hard-line Muslims what we would not tolerate for a second if it emanated from any other source. (The Koran is hard-line fullstop, Tony).

Well, we should stop apologising for ourselves and making excuses for others and start insisting on one set of rules for all Australians. 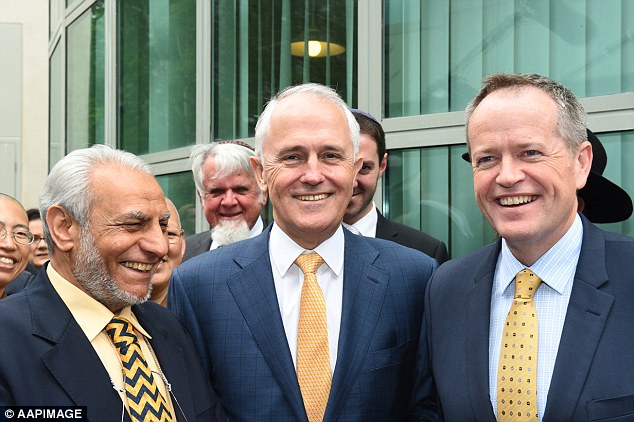 All governments, I regret to say, have made the mistake of giving “professional Muslims” platforms (via official advisory bodies) that end up promoting difference and making identity politics worse.

I can understand the thinking behind the Iftar dinner at Kirribilli House last year but its practical impact was to give hardliners a status denied to integrated Muslims, let alone leaders of others faiths. 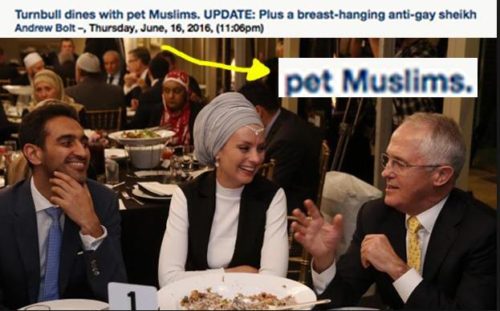 The single most important lesson the Coroner identified is the difference between a domestic siege and a terrorist one.

Terrorists don’t care for their hostages’ lives, or even for their own.

Islamist terrorists think that killing innocent people is virtuous and that their own death is martyrdom.

So the first thing that needs to change is restriction on police powers to “shoot to kill”.

Anything that hinders police’s ability to neutralise a terrorist puts innocent people at even greater risk.

The next thing that needs to change is hesitation about co-operating with other agencies.

NSW Police made little, if any, use of the army’s sniper capacity or expertise in storming buildings, even though the government put the commandos at Holsworthy on alert and offered their services.

Even though the state police should remain the lead agency for relatively small-scale incidents, police shouldn’t hesitate to make use of the military where their expertise might help.

There should be no serious criticism of the tactical police who actually stormed the building. Many of them had been on duty for more than 12 hours.

Given the possibility of a bomb, they thought it was a potential suicide mission.

Tragically, one hostage was executed and another died in the crossfire but all the others were saved.

The problems were higher up the line: The failure to appreciate how terrorists operate and to change procedures accordingly; the over-reliance on psychiatrists with no understanding of the Islamist mindset; and politically correct fixations about a potential Islamophobic backlash.
There is no safe way to storm a building with an armed terrorist holding hostages but, clearly, as the police now accept, it would have been better done with the police taking the initiative rather than the terrorist.

There is another massive problem that was beyond the Coroner’s remit: What to do about returning jihadis?

The only safe jihadi is one who’s been lawfully killed, lawfully imprisoned, or thoroughly converted from Islamism.

The government has stripped dual national terrorists of their right to return. We need to find ways to keep all the others out of the country or in jail.

The government has made it an offence to travel to designated terrorist zones, without lawful cause. We need to ensure every returning jihadi can readily be charged and convicted, possibly through the creation of special courts that can hear evidence that may not normally be admissible.

After every terrorist atrocity, Western politicians intone that terrorism will never beat us.

We can’t just say it; we have to mean it.

That means standing up for ourselves all the time, not just after innocent people have been killed.”

At least someone in Canberra is not asleep at the wheel !