Certain Jewish Reclaim Australia ‘ziopatriots’ were purported monitoring the premises. This is the official ziopatriot Ralph Cerminara’s video earlier on the day. 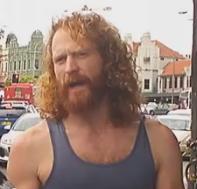 Later at around 8pm, a number of black masked males brought in, burst out of the shop entrance armed with steel clubs and bats and unprovoked began bashing people on footpath along Enmore Road. 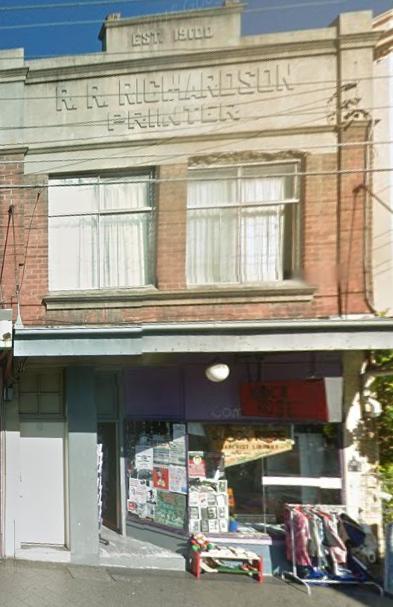 Included in the arrests are known violent extremists Montgomery Strange (23) and Christian Enright (21). Both are unemployed and have a history of violent offending in Sydney, especially on the grounds of the University of Sydney. 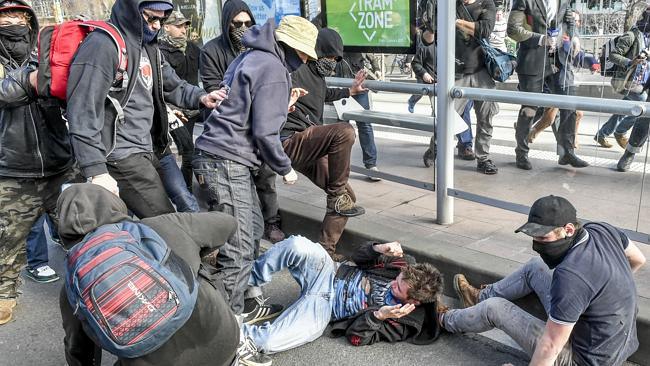 Police say the ‘patriots’ outside the shop were recognised by the extremists inside the shop as Ralph Cerminara and an associate Daniel Evans.

“They (the extremists) ran back inside and came back armed with baseballs bats, golf clubs, and a fluorescent tube and they smashed the tube, they came at us,” said one of the patriots, Ralph Cerminara.  Police say that weapons used by the gang include a golf club iron, base-ball bats, a 1.2 metre metal pole and a fluorescent light tube?

The criminal Antifa Australia gang has either been watching too many Star Wars movies while high on ICE or else trying to save on electricity. Antifa is a foreign criminal gang somehow still legally permitted to operate in Australia like Hizb ut-Tahrir.

Well, we know the Labor Party indirectly funds the rent and outgoings for the shop. So the excuse must be the druggy Star Wars fetish by deploying a fluorescent ‘lightsaber’ from the anarchists’ arsenal inside the shop. 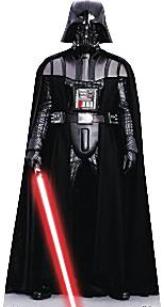 Mr Evans and Mr Cerminara ran to the nearby Caltex service station, chased by one of the extremists, Montgomery Strange, 23, who slashed Mr Cerminara’s left hand with a broken, fluorescent tube.

Another man Christian Enright, 21, stood by threatening to use a 1.2 metre pole.  A fifth man who swung a golf club five times at Mr Evans, eventually striking him on the shoulder, remains on the run. 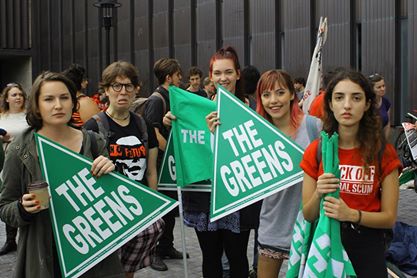 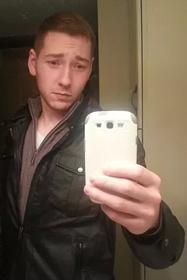 Mr Strange was charged with affray, assault occasioning actual bodily harm, and being armed with intent to commit actual bodily harm.  He was refused bail before Newtown Local Court on Friday.  His co-accused, Mr Enright was charged with affray and being armed with intent to assault. Both men smelt bad and were refused bail, to appear in Newtown Local Court this week.

This attack by anarchists outside Sydney’s notorious Black Rose Books – is to be roundly condemned.  The clandestine shop front at 22 Enmore Road, Newtown is front for criminal leftist extremism.  The shop is old rundown, dirty and looks abandoned and smells of feral squatters.  The dodgy writing in the window reads Black Rose Bookshop.

‘Black Rose’ is the global anarchist symbol promoting death, hate and anarchy.  It has ties to fundamental Islamism in Australia.

That these two ‘patriots’ were unarmed and outnumbered by the five anarchists who wielded a baseball bat, a golf club and a smashed fluro tube, shows where the main fault lies.  It would seem that five anarchists have been, or will be, arrested.

This attack will ultimately reveal itself a major blunder for the anarchists who pose as ‘anti fascists’. It will certainly lead to the disintegration of their relationship with the inner city extreme left Trotskyite groups and the Greens. It may result in long term political isolation and the undermining of the so-called ‘anti fascist movement’ in the eyes of those it needs for financial and other support.

Australia First Party members have also been harassed by these same anarchists with some assaults and other property damage offences. These offences took place in 2014 and 2015. 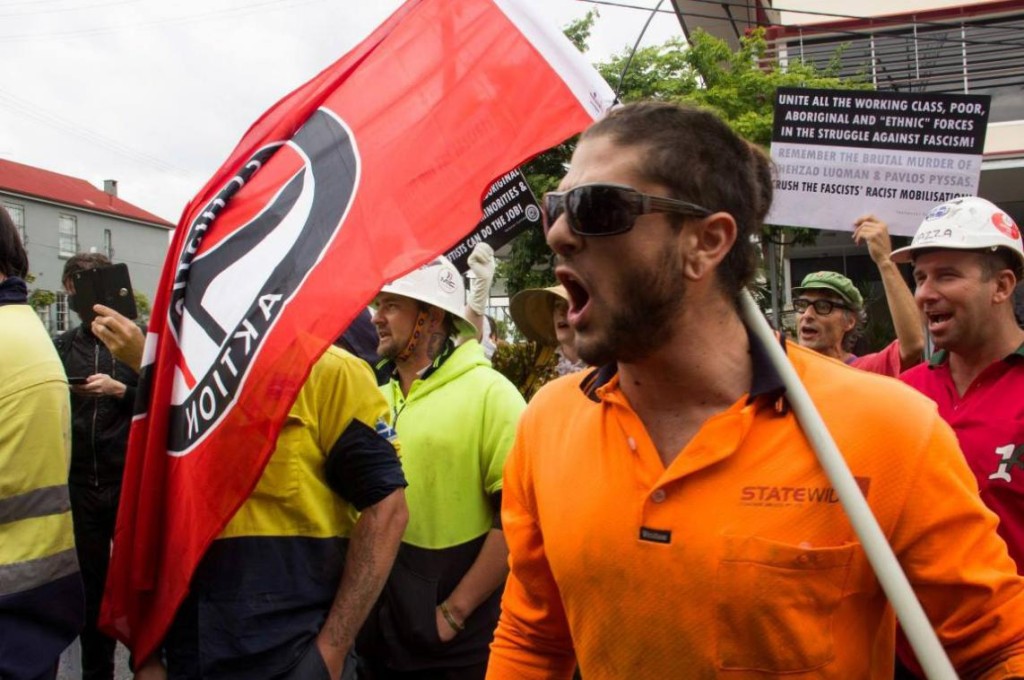 The Antifa Australia criminal gang is closely aligned to CFMEU street militancy (scene in Brisbane, May 2014)

The disturbing aspect of the whole affair was that police also charged Messrs Ceminara and Evans with affay.

That type of political doublespeak, where the victims also become criminals, is the sort of thing now coming out of the Counter Terrorism Special Tasks Command of the New South Wales Police Force. It plays the game of appearing ‘even handed’ between the extremes. That is a recipe for political repression and the denial of free speech, another story which we have seen before and will addrress in detail on another day.

“I note that the linked media report below says Mr. Ceminara is a member of the United Patriots Front which he is not (so why say it?). The media has also failed to draw the right conclusion from the arrests of the victims alongside the victimisers; why should the victims be charged for defending themselves? I saw that one nationalist commentator wrote tonight:

‘In fact, many of the patriots who are now up in arms would simply have thought if the victims were “Nazis” they most likely deserved it. But slowly they are seeing the truth. If in fact what is said is correct, something certainly needs to be done.’

In other words, many of the so-called patriots from Reclaim Australia and its allies have usually condemned us for our behaviours and political stances, even up to the point of lyingly calling us ‘Nazis’, ‘fascists’ and so forth; and they have even tried to suggest that we enjoy confrontation with the anarchist criminal garbage. Now the truth has come home to them big time.

The charges against Messrs Ceminara and Evans should be dropped.”

Australia First Party has identified that the Black Rose Bookshop is part of a criminal enterprise, selling stolen goods. Anarchists regularly roam the streets of nearby suburbs stealing items from homes, yards and cars. It is understood a shop-lifting racket was organized by a prominent woman in the anarchist movement. Stolen goods have been regularly sold in a market at Redfern.

“The anarchist movement produces the perfect useful idiots in the physical war on any sort of patriot group and the nationalist movement in particular. Lumpen criminal garbage, often drug affected, marginalized and volatile, they obey few rules and have less scruples. I also warn openly that any sort of patriot or even would be nationalist who tells me that our politics can be conducted in some sort of super-clean environment of nice suits and evening gowns kids himself. What happened to the Hansonites nearly two decades ago is child’s play to what is coming.” 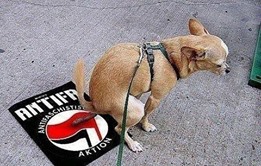